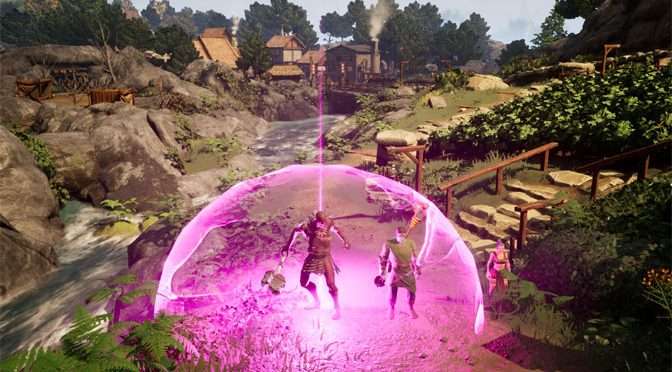 Roleplaying games never really ever go out of style. I am not sure if they have ever been the most popular genre of game, but they are always in the top five. Lately, they have really been surging in popularity. We have seen a lot of really high-quality offerings. Those include the Pillars of Eternity series, the Pathfinder games including Kingmaker and Wrath of the Righteous, the underappreciated Solasta, and powerhouse big budget games like Baldur’s Gate 3. There are even quite a few indie games like Citizen Sleeper, King Arthur: Knight’s Tale and Fabled Lands trying to make their mark. 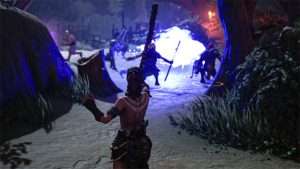 My point is that there are a lot of role-playing games out there these days. So, it’s not easy for a developer, especially an indie one working with a smaller studio and budget, to create a game that can make a big splash. But that is just what Spanish developer Gato Studio is attempting to do with The Waylanders. For an indie studio, they are really trying to do a lot with their game beyond a cookie cutter RPG format. If everything had gone perfectly, then The Waylanders might have become an instant classic. Unfortunately, it’s fairly obvious that it struggles in places. However, even with a clear lack of polish, gamers can still get a lot of RPGing fun out of this game. 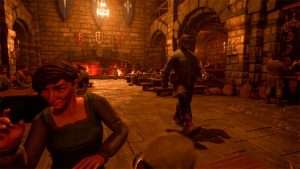 Everything about The Waylanders is done on a large scale, starting with the plot of the game. It actually begins when the Celtic king and his entourage, of which your character is a part of, are sailing out to a mysterious island to meet their Gods. This should be an amazing event that cements Celtic culture and power in the world. I mean, how often does anyone get to chat with their Gods? But something goes terribly wrong at that meeting, and you end up getting attacked by beasts. Your first job is to get the king safely back to the ship. However, the Gods are clearly angry for some reason, and in the ensuing fight you get untethered in time. That enables you to play in two separate eras, the Celtic one where you started and the medieval one about 1,000 years later. And the cool thing is that because some of your companions are immortal, you can actually interact with them in both eras.

The really interesting thing is how much the world looks different from the Celtic times to the medieval one. There are over 50 locations in the game, and the choices you make in the past can affect the future, sometimes in unexpected ways. I have not seen a mechanic like that outside of a few experimental games where time travel was the entire hook for the adventure. Here it is almost incidental and fits in well with the overall plot. It was a real joy to experience. 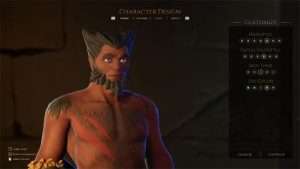 The RPG system itself draws from a lot of others that I have played but also seems to do its own thing. It’s a good system with lots of abilities and specialization options. You can pick from six basic character classes and then further specialize into one of 30 advanced classes. There are also five playable races based on Celtic mythology, including unusual backgrounds such as Mourian, Semi-Fomorian, and Werewolf, each with a different origin. My favorite character was a Werewolf who looked like Wolverine. Those of you who enjoy taking a lot of time to get a “perfect” character will be able to spend a lot of time on that here. 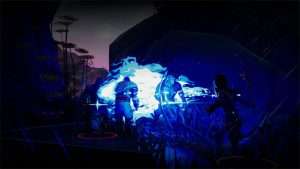 In terms of gameplay, combat is done in realtime, although you can pause the game. The Waylanders is much more of an action RPG as opposed to a tactical one. Honestly, it mostly reminded me of Dungeon Siege with multiple characters in the party all kind of doing their own thing in combat, but with overall commands that you can use to help to program their behaviors. The control scheme is honestly a little loose for my taste, with the AI making some stupid moves (like spell casters charging forward as if they were tanks while the DPS specialists just stood around in the back) whenever I was not totally hand-holding them. The enemy AI also seemed to take advantage of this too, going after my brave but squishy heroes instead of anchoring on my tank. I guess that means that the enemy AI is pretty smart, although I wish the party AI was just as good.

One really interesting thing about the combat system is that The Waylanders takes into account the fact that you are adventuring with a large party. Because of that, it incorporates some interesting abilities that are triggered based on your formation, which are in turn based on your character makeup and skills. There are offensive and defensive special abilities with names like Phalanx, Golem and Conclave that you can only use depending on your party makeup and formation. Clever players can spend a lot of time putting together a powerful build that perfectly matches their playstyle and preferences. 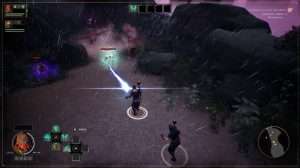 Graphically, The Waylanders is a little bit of a mixed bag. It has a nice cartoon-like style that is unique to the game, but overall many of the characters and locations end up looking kind of generic. This is made worse because much of the game is poorly lit, which I suspect is used to try and hide some of that aforementioned generic undertone. The Waylanders does not look bad, but it certainly won’t stand out for its graphical flair either. 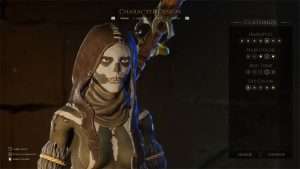 The sound is also kind of hit or miss. In terms of the music, most of it was composed by superstar Inon Zur who has written the soundtrack for many epic RPGs over the years. He knows how to craft a solid fantasy soundtrack and does it again for The Waylanders. This is balanced somewhat by the voice work, which is mostly pretty bad. Characters who are supposed to be heroic come off as cartoonish jocks while wise sages sometimes seem like buffoons. And even though the game is set in both the Celtic and medieval time periods, all of the dialog is decidedly modern (both in the way people talk and what they actually say) and will probably pull you right out of the story whenever you have to listen to long streams of talking. And you can’t totally blame the voice actors for that as they were clearly working from a sophomoric script. 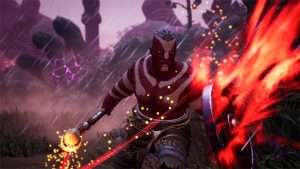 I had fun playing The Waylanders. There are so many good things that the game does that it’s easy to overlook its considerable flaws and the occasional bug that has not yet been quashed. It’s clear that the developers are trying to punch above their weight with this one, but they do land a few blows regardless, which is impressive. If you are looking for a unique RPG in an increasingly crowded field, you really can’t go wrong by giving The Waylanders a try.

The Waylanders earns a respectable 3.5 GiN Gems out of 5.