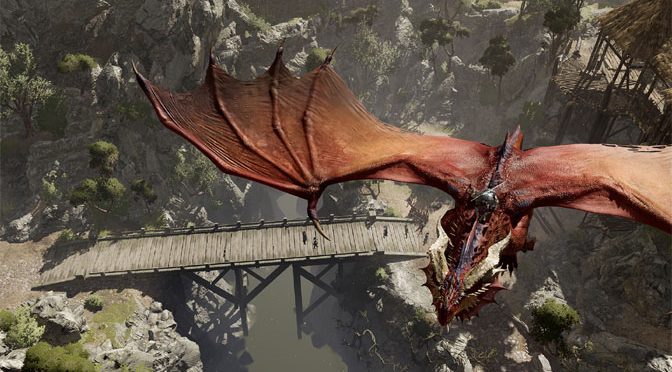 Baldur’s Gate 3 was close to the top of my list for most anticipated games coming out this year alongside of Wasteland 3, Vampire The Masquerade Bloodlines 2 and Cyberpunk 2077. It looks increasingly likely that only Wasteland 3 is going to make it.

But Baldur’s Gate 3 is developed by Larian Studios, and they tend to play by their own rules. When they somehow convinced Wizards of the Coast to give them the Baldur’s Gate license, they celebrated by making a funny skit about how they went on a grand quest to obtain the rights. It’s clear that they really love the material. Their CEO apparently likes to walk around wearing platemail armor. 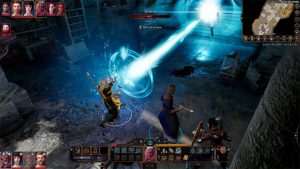 So when it looked like Baldur’s Gate 3 would slip, Larian decided to release what they had as an early access game on Steam. They were able to do this because for the most part, it looks like much of the core gameplay in terms of the rules and the system is complete. The game uses their proprietary Divinity 4.0 engine, so they had that in the bag too. The only catch was that only the first act of the game was ready in terms of content. So instead of making hungry players like myself wait for months and months to get the full game, they released what is basically a fully playable version of the first few areas of the game, which is about 10 to about 20 hours of gameplay, depending on if you are a hard charging down the main questline type or a do-everything and explore every nook and corner type of player.

I had mixed feelings about the early access build when I first heard about it. I’ve played a lot of early access titles and if they are done wrong then you end up with a bad experience that may or may not have been the same if you waited for the official release. But I think because the game engine was solid, Larian took that chance. Because now it’s only a matter of waiting for more content which will presumably give us more of the same in what promises to be an epic game overall. 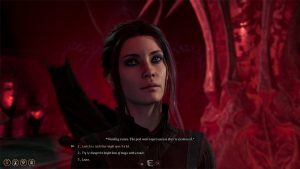 It was all of these factors that made me decide to go ahead and review the early access portions of the game now, because I think players can have a really good experience with it. And then having already purchased the game, it just means that when the rest comes along you will be able to continue questing. Nothing about playing the early access version should ruin your experience when the full game is released. 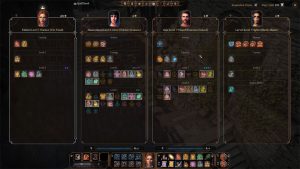 So Baldur’s Gate 3 is pretty amazing, and I just have to get that out of the way. It’s easily the best early access title I’ve ever experienced. Yes there are a few minor glitches that I have encountered, mostly graphical errors like a character’s mouth not moving when they are speaking with you, though eventually, if the conversation goes on long enough, their lips finally start flapping appropriately. There are some other minor errors that I hope they will fix, like Magic Missiles striking cover instead of unerringly hitting their target, which is the entire point of the low-damage, perfect accuracy spell. If Larian is going to make use of the Dungeon and Dragon’s fifth edition ruleset, they need to get them right. Both Wizards and hardcore role-players should demand it. But the bugs are pretty minor, and the early access areas are fully playable. 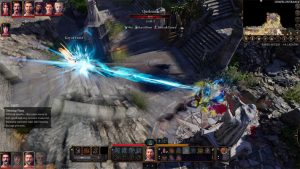 In terms of graphics, the game is stunning. It can tap into DirectX 11 but you can also use the new Vulkan engine developed by Larian. I did some side by side comparisons with a high end system and they are pretty close visually. The main difference I think is that Vulkan is optimized so that you can have a lot of combat and visual effects without hurting performance. Either way, all of the landscapes, characters, effects and just about everything else in the game looks so very good. There are times when the vistas and effects are awe-inspiring. 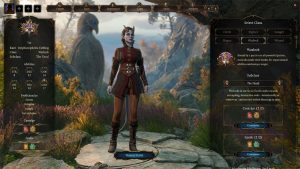 I was also pleased to find a deep character generation engine. Like in pen and paper role-playing, you can tweak your character with lots of different feats and skills, modified by their race and profession. You can’t multiclass in the early access build, but hopefully will be able to when the full game comes out. Oddly enough, after you finish your character, you get to spec out what the perfect mate looks like for your character. Whether you dream of pretty boy elves or voluptuous halfling women, you simply build-a-mate and then let the game surprise you at some point. Your perfect mate is not a part of your starting party, so their inclusion seems a little odd at first, but it’s an interesting touch. 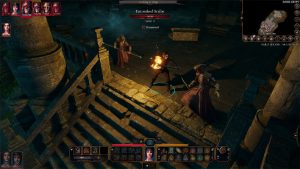 There is a very deep story in Baldur’s Gate 3, and you only scratch the surface of it in the early access build, though some people you meet do hint at greater things if you say the right things or ask the right questions. What you do know is that you are infected with a mind flayer parasite and if you don’t get it out, it’s supposed to destroy your mind and turn you into one. So much of the early access part of the game involves tracking down leads and trying to find a way to heal your infection, though it may not be as simple as all that. 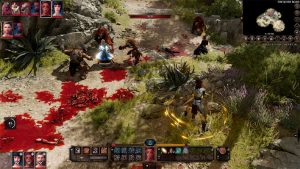 Combat is turn-based, which I think is necessary for a Dungeons and Dragons title. Plus I think players like that a lot more than real-time combat with pause. Even a game like Pillars of Eternity: Deadfire which boasts about its real-time combat eventually added a turn-based mode. I think role-players just feel a lot more comfortable with it. I was highly satisfied with the combat in Baldur’s Gate 3 and the way it balanced movement with actions and bonus actions. I think they need to bring the game a little more in line with D&D 5th edition rules and get away from the parts that feel like another Divinity game, but that is a relatively minor gripe in an otherwise very enjoyable system.

Perhaps the greatest feature for the title is the way that Baldur’s Gate 3 is presented like a pen and paper game. For example, when you make a skill check to notice something, the narrator will explain to you what you saw and what you now understand about the situation, just like your game master would. And the narrator is voiced by Amelia Tyler, who played Malady in Divinity Original Sin 2, so she’s a pro at RPG games. I really felt like I was seated around a table with friends playing the game. And since BG3 will support up to four player multiplayer, one day it could take the place of those in-person sessions that we all miss. So kudos to Larian for the great atmosphere. 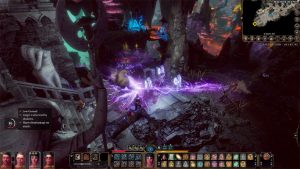 Finally, I need to mention the sound, which is also extremely nice. Baldur’s Gate 3 has a kicking soundtrack. The music in the game is perfectly suited for a D&D-like world. It has a little bit of a Celtic vibe to it and ramps up when combat starts or something dramatic happens. In addition to that, all of the voice acting is incredible. There is not a weak voice actor in the bunch. This is especially true for main characters, but I talked with everyone I could, and even the minor NPCs have professional voice actors assigned with different personalities and accents. It makes meeting new people, especially for my charismatic character who likes to talk, haggle and cajole, a real joy. 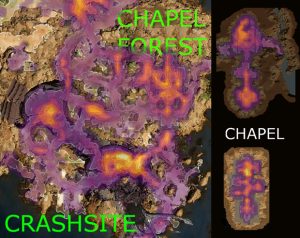 There is some debate about playing the game now or waiting for the full launch, but it’s worth it to play the early access version. It’s surprisingly good and will show players how epic this game will be once it gets all of its content wrapped up and ready. And in the meantime, the developers are doing everything they can to collect data about what players are doing, including which encounters might be too difficult or too easy. They even made a heat map of player deaths and are adjusting the gameplay accordingly. So as you play, you can help make the full game even better.

As it stands, Baldur’s Gate 3 in early access is a solid game that you don’t want to miss. Consider it a fun tutorial and preview of the grand adventure that can’t come out soon enough.