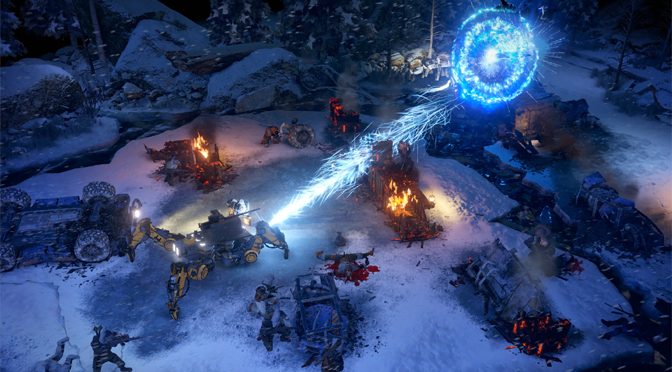 I had such high hopes for Wasteland 3, as many of us probably did. I was looking for a deep RPG of the kind that we don’t get very much anymore, especially one without elves or dragons anywhere in sight. I was also looking for a huge world to explore, the kind where you are ten or so hours into the game and have only scratched the surface. I wanted deep characterization where you agonize where to spend your points to improve tiny aspects of your team. And I wanted action-packed tactical combat that rivaled the best games that offer it, like the XCOM series. I also wanted to fall in love with the game world and see it as a living place with its own unique culture, rules and quirks. A tall order, I know. Thankfully, in almost every way, Wasteland 3 meets or exceeds my lofty expectations. This is a game that RPG fans will love, and probably still be playing for a long time to come. 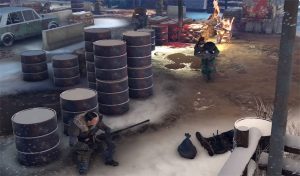 Wasteland as a series trace it roots all the way back to 1988 with the original game for the IBM PC (yes, that was a thing since only IBM made PCs for a while). Eventually Wasteland became Fallout, sort of, and the history of developers and ownership of the franchise is a plot all its own. Developer inXile Entertainment, led by the legendary game designer Bryan Fargo who was the director of the original game, revived the Wasteland series proper in 2014 with Wasteland 2, a game that was totally crowd funded. Despite being a little bit of a budget title, it was really fun to play, and got nominated for several GiN Game of the Year Awards, winning in the RPG category. 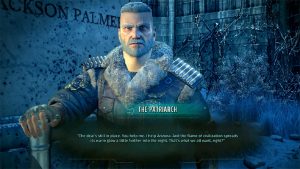 Wasteland 3 is now out, and gamers disappointed that so many expected 2020 titles are slipping due to the pandemic finally have something great to play. Wasteland 3 takes place several years after the events of Wasteland 2. The Desert Rangers have fallen on hard times, having destroyed their base during the events of the previous game to stop a new apocalypse. Apparently Arizona is starving, and the Rangers are having a hard time keeping law and order with limited supplies and resources. So when a mysterious patriarch, a guy who literally calls themselves that, offers to help out with unlimited resources and support, in return for a small favor, the Rangers have little choice but to accept.

So begins your questing in snowy Colorado of all places, where the patriarch is something between a warlord and a king. Of course the journey goes badly and you end up with only two surviving rangers to get you through what is basically the game’s tutorial and introduction. It’s nice that there is a tutorial level because the game series can be rather complex in terms of how you interact with the world, and letting you walk through the various interfaces and combat is helpful in flattening the learning curve. Things are also streamlined from Wasteland 2 as there is no longer percentage roles for skill use. For example, if you come up on a level 3 lock, you need level 3 lockpick to crack it open. Below that, you won’t get in. At or above it, and it’s an automatic success. 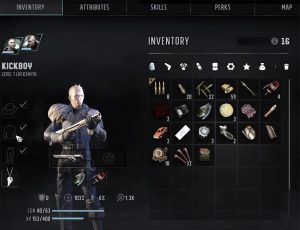 Your first two rangers in your crew can be one of a handful of pre-made characters or you can create your own. Here is where you will find the intricacies of the character generation system, at least if you choose to make your own starting team, which you probably should. It’s still rather complex, but simplified and streamlined from Wasteland 2. You have attributes and then skills like with most RPGs, but they seem very tightly interwoven here. It’s best to come up with an idea for your character, like a sneaky sniper, heavy weapons mechanic, leader medic, or whatever else you want to try, and then min/max as much as you can with the related attributes and skills. There are also Quirks once again, which provide a nice bonus but also a big penalty if you use them. Since you will likely be min/maxing, using a quirk can really make your character over-powered if it helps with your overall concept and you don’t care about the penalty. I ended up restarting the game five times while I perfectly configured the characters that I wanted. 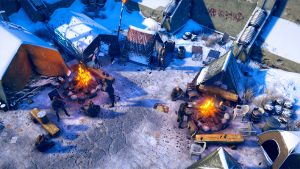 Once you get to the main part of Wasteland 3, you will be given a base in Colorado by the patriarch and will need to fix it up and upgrade it a bit as you adventure. You can also create two more rangers. And you can also hire up to two companions to fill out your party of six. Companions are basically like Rangers, but you don’t get to set their initial skills. You can also find companions along the way as NPCs who want to join you. Building out a team that is complimentary to one another is probably the biggest key to success in the game. Oh, and in addition to your rangers, you also get a very cool vehicle which can fight for you in combat and even be upgraded just like a regular character. It can also become damaged and get repaired by a ranger with mechanical skills.

Your mission is to help the patriarch reign in his three wayward children who are rebelling, and restore his version of order to Colorado. The patriarch does not trust anyone else to do it because he fears they would be corrupted by his kids. Of course, you need to keep your eyes and ears open as you will have a lot of choice in how Colorado will eventually look once it’s all over. Without getting into any spoilers, you are given a lot choice in Wasteland 3, which is perfect for a role-playing game. Wasteland 3 lives up to its RPG billing. 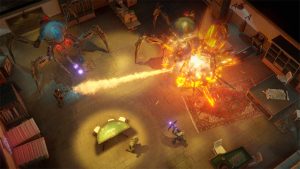 Combat in the game is turn based, and runs very smoothly with each side taking turns instead of individual characters going on their initiative. This makes for very fast combats that I really enjoyed. You can move and attack or use special abilities when it’s your turn, or whatever you want based on how many action points a character has. Leftover action points can be put into defense boosts for the next round, or used to overwatch for a better shot. The game takes cover and line of sight into account, so it’s all very advanced as far as combat goes. It’s also highly tactical, so you might, for example, get more mileage out of shooting a nearby propane tank instead of the three guys standing around it. This makes combat a really fun part of the game, which is good, because despite being able to think your way out of many dustups, you will be fighting a lot in Wasteland 3. 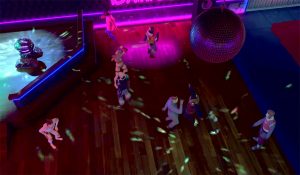 Graphically, the game looks good, with some great lighting and special effects. It was made in Unity so it’s not going to look photorealistic or anything, but for a game with a top-down view, everything is pretty nice, and a huge upgrade from Wasteland 2. The gore of combat is pretty amazing too, which is a nice touch. It should also run on moderately powerful systems. We ran it on a gaming PC with the graphical settings maxed all the way out, and it didn’t even tax it a little bit. 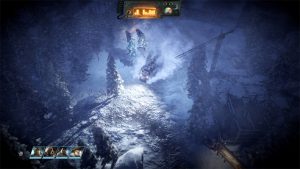 On the negative side, for some reason the load times between scenes can be pretty long. Those playing on lesser hardware could spend a lot of time gazing at the load screen. The developers should have probably taken a page from Skyrim and added lore books or unique wasteland items to the load pages to give players something to look at while waiting.

The audio is great. There are some unique musical soundtracks and all of the characters you interact with in the game seem to have very good voice actors. Explosions and gunshots are also highly satisfying, especially when you do something crazy like light an enemy on fire. 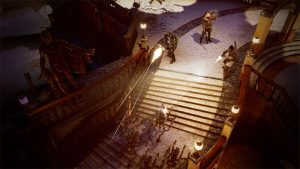 Wasteland 3 can be played in a lot of different ways and in many different styles, like all great RPGs. As such, putting a number of hours on playtime is difficult. That said, most players will probably sink an incredible 80 hours into Wasteland 3 if you do even a modicum of side quests and optional adventuring. Our first game lasted much longer. The fact that you will likely be glued to your screen the entire time, because there is very little fluff or filler in the game, is pretty incredible.

Although Wasteland 3 was admittedly buggy at launch, it’s being patched. And really, we should be thankful that the game didn’t slip its release date. Now we have something great to play right away, when we could all use a nice distraction. 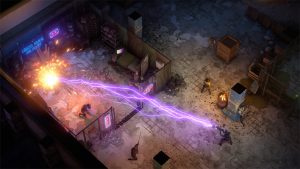 Without a doubt, Wasteland 3 is one of the best RPGs, and also a solid tactical combat title, to come out in years. It’s destined to become a classic, and many gamers will be enjoying it for a long time to come. Jump into Wasteland 3’s amazing and sometimes surprising world, because you won’t be disappointed. Just plan for this to be a very long and satisfying trip.