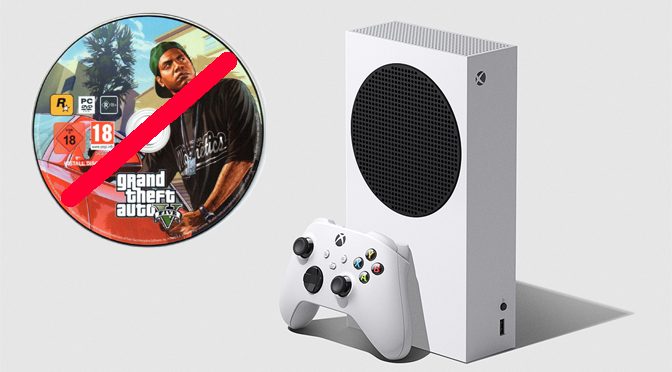 Hello readers, it’s election season and you know what that means… it’s time we talk about how companies are trying to go diskless. Come on, we are not discussing politics in a gaming column. Games are supposed to be an escape from reality and, like all of you, I want to take the first ferry out of this dumpster fire of a reality. Although this is far from a happy topic, I think we need to think about where game companies are taking us.

To the land of the diskless game systems.

Microsoft finally released details about the Xbox Series S, which features diskless, or discless as they call it, gaming. You simply buy and download all the games that you want. It’s possible that this idea could catch on with next generation systems depending on how the experimental consoles do.

I will start out by saying I don’t like the thought of diskless and digital only consoles. This philosophy hurts gamers, especially working-class gamers, the most. By doing digital only, games can be artificially limited to raise cost. While the inverse could be true, I feel like it is important to treat game companies like any other corporation. That means they only care about profit and their bottom line, with gamer happiness a nice side effect if they can achieve it.

Most people will mention the negative effects this policy will have on secondhand stores, but I want to focus on gamers. Some gamers don’t have the money to either buy new games or buy large memory upgrades to store all of their digital games. These markups and value holds can be steep too. I bought Monopoly on the Switch for my wife and I to enjoy. The digital download was $30, but my local second-hand store had it for $18. That is nearly half off of the digital price.

By trying to force gamers to adopt these digital first philosophies, it places them at the edge of being a monopoly. If a publisher can force digital only, then the gamer has to pay their price. If you don’t want to pay $40 for an old game, where are you going to go? It is either pay the price or don’t get the title. It also means publishers can raise the price on bigger titles because they don’t have to worry about people waiting for it to hit the secondhand market.

We as gamers have to be aware of game companies and their business practices. Everyone has done a great job in telling game companies that microtransactions are not acceptable, but there are always other profit-making schemes ready. I know I don’t want my games getting worse while they milk every last cent from me. While it is only an option now to save money on a system, we must understand the law of unintended consequences if a lot of gamers take advantage of this instead of traditionally buying games.

Stay safe gamers and remember, wear a mask and don’t cough on your coworkers. I don’t care how loud they talk on the phone, they don’t deserve COVID. They deserve some passive vengeance that will be frowned on, but not a fireable offense. Until next time, stay safe everyone.