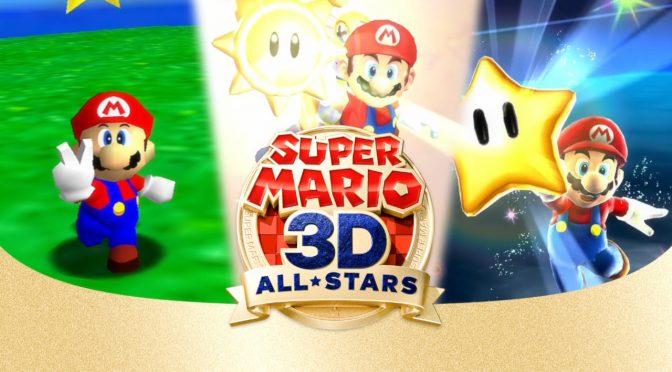 Warning: While there is no bad language in this column, I am an angry columnist right now. As a GIN writer I try to separate myself emotionally from certain situations and discuss them as logically as possible. However, the rollout of Super Mario 3D All-Stars represents everything that angers me from the industry from a company I would least expect to pull this stunt.

Nintendo, like every company, needs profits to stay open and I understand that. However, I find them holding an anniversary edition of their most popular games OF ALL TIME hostage by doing a limited release of physical AND digital copies has shown that, in the end, Nintendo will give their customers the middle finger when push comes to shove.

Readers, I don’t know what aspect of this situation angers me the most. It could be that people were reselling their pre orders for $265 on eBay and people had to buy it if they wanted a physical copy. People who had Super Mario 64 growing up and it was their first “big” game and want to relive the feeling of happier time have to pay four times the cost. Maybe people who skipped buying the Wii or Wii U wanted to play Galaxy and see what the hype was about may not be able to afford it, especially if they want the physical copy.

Maybe, just maybe, it could be they are pulling this stunt in the middle of a [Not approved GIN word] pandemic. You know, the thing where hundreds of thousands of people have lost their jobs or are having to save money back in case they get laid off. So how nice of Nintendo to release this and essentially shrug and say “Sorry you don’t have up to three hundred dollars in disposable cash, guess that sucks for you.”

Part of it could be that if you have a Switch Lite then you HAVE to buy Joy-Con’s to play it. You know, the [Censored by higher power] eighty dollar piece of junk controllers that, because of how garbage they are, caused Nintendo to be sued in multiple countries. So you bought the cheaper and more portable Switch and now, for just this game, you get to spend more than the game itself costs. Buying the digital copy and Joy-Cons will run you about $150. I can’t stress how insane this is.

This whole thing would make more sense for a more niche title like bundling Fire Emblem: Path of Radiance and Fire Emblem: Radiant Dawn. Instead, Nintendo is showing something I worried about in my previous column about companies moving to digital only release and forcing artificial scarcity to drive the price up. We are seeing this right now just without the price increase on the digital side. Nintendo knows they could leave the digital copy up there without a timeline and still make an unholy amount of money, just without spitting on working class gamers.

I am seething with rage about this to the point where I may not try to buy it. I really wanted this bundle to play Super Mario 64 and Sunshine, but I don’t know if A. there will be any when I am ready to purchase it or B. If I want to support this treatment by Nintendo. I want to find whoever thought this was a great idea and pull out a [Redacted] and throw it at them. So for those who need to hear it, don’t ever think of Nintendo as a more wholesome company, they might be the worst type by pretending to be kind without any intention of following through. Make sure you keep them in your conversation with EA and Activision when talking about evil corporations.

For those wondering, the most recent censored word was… Cheesecake. You will have to figure out what the other ones were. Be safe gamers and I would love to hear your thoughts on this issue and what your experiences were.