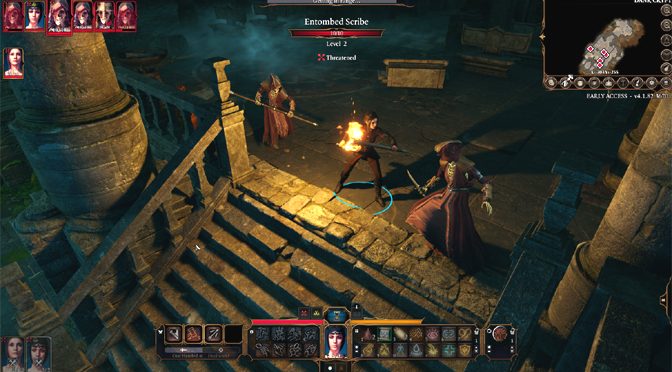 Baldur’s Gate 3 launched on October 6 on Stadia, Steam, GOG.com and Mac. During the release, Larian faced a flood and one blackout (which is not unusual for a Larian launch). At 10 a.m. PT, many players were unable to buy the game as they stormed the Steam page. So many players signed up to the optional Larian launcher that its servers had trouble keeping up. But the launch was ultimately a huge success, surpassing all studio expectations, and the game heads into a lengthy early access campaign with an engaged audience providing a solid flow of feedback and reports.

Behind the scenes, anonymous data is already being parsed, allowing Larian to identify areas of interest for further investigation and cross-reference against player reports and findings from QA.

The first heatmap from Baldur’s Gate 3 shows areas where players are dying, which will be presented again at the end of Larian’s early access campaign to show how the feedback process drives intelligent iteration. Digging deeper, Larian also today announced a number of interesting statistics on the topic of death: 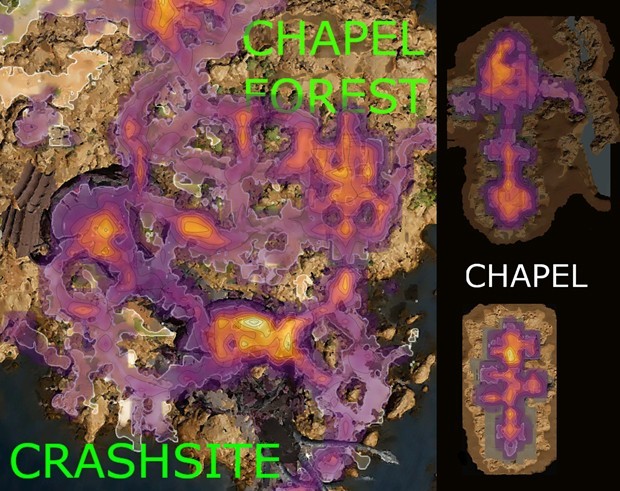 • There’s a huge spike in deaths around the area where you first meet Gale, suggesting some players don’t necessarily like it when a smug wizard appears out of a rock. This is traditionally a non-combat encounter, but of course in Baldur’s Gate 3, players can enter into combat with whomever they wish at almost any moment. This suggests that players are actively engaging in combat with Gale. Is it something he said?
• On the topic of Gale, he has died a total of 333,757 times.
• Gale has a party-member kill-rate four times higher than any NPC in the game.
• Shadowheart is the only companion to die more than the player character (poor Shadowheart).
• The Owlbear Cub has killed 5,717 players.
• Exactly 4,000 people died as a result of interrupting the intimate moments of Ogres and Bugbears.
• If you died at the crash site in your encounter with the fallen Mind Flayer, don’t fret; you share company with 3,753 others.

Behind the scenes is a feedback process consisting of parsing anonymous data, correlating that data with reviews, feedback, and bug reports, and using the output to make intelligent decisions about what to improve, where to improve, and how to iterate. The results of which so far have been three hotfixes and the game’s first patch, which released today.

Baldur’s Gate 3 is currently in early access on PC and Mac via Steam and GOG.com, as well as Google Stadia. Cross-save functionality is expected to launch at a later date.