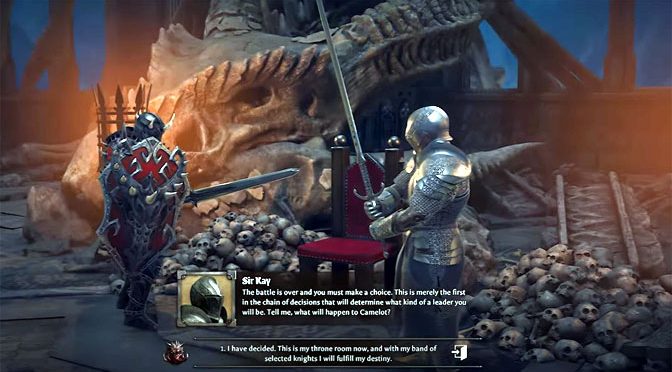 Most people, especially gamers, probably know the basics of the legend of King Arthur, either from books or any of the many movies, cartoons, comic books, parodies and other content that either follows the legend or borrows heavily from it. Because of that, most games set during that time and within those tales follow fairly well-tread ground in terms of their plots. It’s not like anyone is going to make King Arthur a bad guy. Except, that is what NeocoreGames just did for King Arthur: Knight’s Tale. 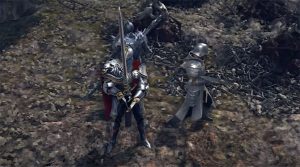 The King Arthur: Knight’s Tale game is an RPG with heavy tactical combat. It tells a nice story, but the core of the game is going on missions with your knights and engaging in turn-based fights where you are almost always out-numbered, but can manage to regularly win and save the day using superior tactics and a generous employment of special abilities. There is also an element of kingdom management as you work to rebuild and improve Camelot, which provides various buffs and advantages to your adventuring party. And you can eventually issue laws and decrease as well as you shape your kingdom and make it conform to your vision and ideals.

I mentioned that Arthur is a bad guy in the game, and that is true (and quite surprising). NeocoreGames is able to do this by setting the game after the great king dies. And you happen to be playing Mordred, who is the knight who killed him. Unfortunately for you, Arthur also managed to land a killing blow before he died, so the two mortal enemies basically killed each other. 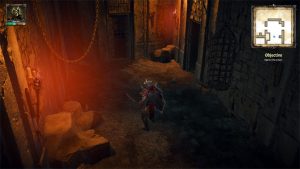 Only neither of your stories ended that day. The mysterious Lady of the Lake decides to resurrect Mordred and send him on one final quest – to kill Arthur, well, again. Apparently, after the final climatic battle, Arthur was resurrected in Avalon and now rules as an undying and mad king. This is slowly turning Britannia into a nightmare realm, so the Lady of the Lake decides to resurrect the one person who was able to kill Arthur before, and task him with doing it again. She does this even though she clearly does not like Mordred, but I guess desperate times call for desperate measures.

The game is a little sketchy, especially at first, about if you are truly resurrected or merely an undead shadow of your former self. And you quickly meet some knights who are clearly undead since they have skulls for heads or skeletal bodies and things like that. In any case, his possible undead status does not seem to hold Mordred back very much as you can immediately begin earning experience and leveling up your character.

One very interesting feature of the game is that there is a strong emphasis on morality, which is represented along four major axis on a giant chart. The opposing morality choices are whether to be a Righteous ruler or a Tyrant along one axis, and then if you want to be Christian or follow the Old Faith along the other. You can mix and match those choices too along the non-opposing axis, so you can be a Tyrant or a Righteous follower of the Old Faith, or a Tyrant or Righteous Christian. Pushing into either axis on the morality scale unlocks missions, bonuses and new potential characters for the Round Table, so your choices matter. And each of your followers has a morality score too, so that your relationship with them could change based on what you do. Your morality scale changes in response to events that you will be presented with either on missions or at Camelot between adventures. I loved this feature because it lets you either lean into Mordred as a bad guy, or play him as a reformed hero changed by death. 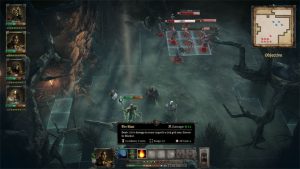 And speaking of Camelot, it’s pretty much a ruin at the start of the game. You will need to go out and earn money and construction resources (basically laborers) in order to rebuild it. Putting sections back in place gives you advantages, so you will want to try and get at least the baseline castle up to speed as quickly as possible. For example, once built you can heal your knights in the infirmary or the cathedral, buy new gear at the merchant or the magic tower, and earn experience for your knights at the training ground even if they don’t go on a mission with you. In addition, you can use Camelot to manage your knights, promoting some to impressive titles to gain their loyalty, or to unlock special skills. And because you can only have so many knights in your castle, you may have to dismiss some to make room for others. 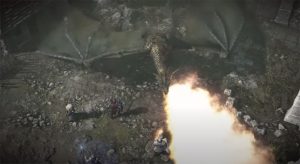 Managing your party may be harder than you think. Each of the knights has a personality that comes through in various quips while you adventure, and many also have special missions you can go on with them to learn more about their backstory. I found that I happened to like a few who were of different moral alignment than me, so it was a challenge to keep them around over time. I liked the story elements of the game, but if the relationship angle was stronger, it would make King Arthur: Knight’s Tale much better in terms of being able to stand as a pure RPG. Maybe that is something the developers can work on for Knight’s Tale 2? 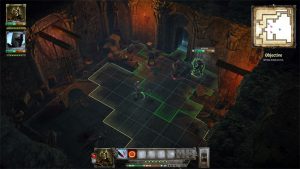 Missions are presented on the adventuring map and are helpfully labeled so that you know how difficult they are. You can only take a few knights with you, so it’s a good idea to bring a balanced group to the party. There are eight different character classes in the game, and they are pretty well balanced along standard RPG lines. So you have tanks, damage dealers, those who are good at crowd control, ranged fighters and a few other specialists. It seems like having a balanced party is the best way to go, because that gives you the freedom to react to different (and sometimes surprising) tactical encounters.

You walk around the mission zones in real-time with your party, but then things drop into turn based mode for the combat. You are almost always outnumbered, and the bad guys sometimes have a specific advantage too, like a leader who is resistant to magic, or may even be invulnerable while a totem is active on the battlefield. Or maybe there is a magical spawn point that keeps generating new opponents until destroyed. Playing on normal mode, the missions were challenging, but I never felt like they were unfair. I took some hard licks at times, but won almost every battle without having to reload. You just have to be very tactical in your fights. There are four levels of difficulty too, so you can notch things up for more of a challenge or lower it if you are stuck getting past a particular area, so it’s nice that the developers let you do that on the fly.

Graphically, King Arthur: Knight’s Tale looks good, if not quite great. A lot depends on the map you are exploring as some are much more impressive than others. In terms of the sound, it’s a little bit of a mixed bag. The music, which is composed by Gergely Buttinger, is incredible. It was enjoyable even listening to the title screen music playing. The soundtrack is available for sale through Steam, and this is one time that I would highly recommend picking that up. 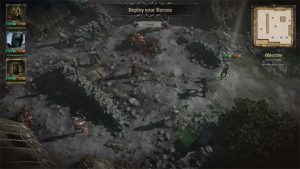 Unfortunately, the sound score is going to be lower in this review because the voice acting wildly varies in quality. Some of the characters sound pretty good, but there are also times when someone who is clearly not a professional voice actor appears with a scratchy, high-school kid kind of voice that really breaks the mood, although this mostly happens with minor characters. 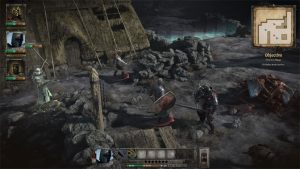 Taken as a whole, I honestly was not expecting this much good stuff from King Arthur: Knight’s Tale. But it turns out that it’s a capable RPG with an interesting story, has nice kingdom manager elements, a fantastic soundtrack, and also really shines with its tactical combat. It may not be the best game out there in any one element, but combined they make for a really fun game and a “just one more turn” or “one more mission” kind of experience that you really don’t want to miss.

King Arthur: Knight’s Tale earns a hearty 4.5 GiN Gems (of 5) for its treasure chest. It’s currently available on Steam for $45, which also makes it a good value for the amount of quality gameplay it provides.