The gaming and gambling industries have always been intertwined. The first casino ever opened was a combination of a gaming hall and a gambling house. And while the two industries have evolved over the years, they still share many similarities.

Here are eight things you should know about the way they overlap and what it means for both industries.

Types of games they offer

The most obvious way the gaming and gambling industries overlap is the type of games they offer. Both industries offer various games, from card games and slots to roulette and craps. And while the rules of these games may differ, the basic premise is the same: players place bets and try to win money.

Additionally, games like poker and blackjack are offered in both casinos and online gaming sites. Many of the same game developers create games for both industries. This means that the games you play at an online casino are often the same as the ones you’d find in a brick-and-mortar gambling establishment.

A big part of both gaming and gambling is the element of chance. Whether it’s the roll of the dice or the spin of the wheel, much of what happens in these industries is based on luck. And while there is some skill involved, luck is often the biggest factor in whether or not a player wins.

In recent years, both industries have begun to accept and even embrace digital currencies like Bitcoin. This is a major shift, as traditional casinos have always been hesitant to adopt new technologies. However, the rise of cryptocurrency has made it easier for players to gamble anonymously and without the need for a bank account.

As a result, more and more gaming and gambling sites are starting to accept Bitcoin, for example, as a form of payment. There are even Bitcoin slot games (as you can see over here) that are becoming increasingly popular. This is a major development, as it could lead to even more overlap between the two industries in the future.

They both cater to a similar demographic

The gaming and gambling industries share a lot of the same customers. In general, they both target people who are looking for a bit of excitement and a way to possibly make some money. And while there are some variations between the two groups, they tend to be relatively similar in terms of age, gender, and income.

Additionally, both industries are growing in popularity with millennials. This is likely because millennials are more comfortable with technology and are more likely to gamble online. As a result, we’re seeing a lot of new products and services that cater to this demographic.

Another way the gaming and gambling industries have overlapped is the mobile revolution. In the past, most gambling was done in brick-and-mortar casinos. However, with the advent of mobile technology, players can now gamble anywhere they have an internet connection.

This has led to a major boom in the online gambling industry, as more and more players can place bets on their favorite games from their phones or tablets. It’s also created new opportunities for game developers, as they can now create mobile-friendly games that can be played for real money.

As a result of the mobile revolution, the gaming and gambling industries are now more connected than ever before.

The growth of esports

One of the most recent and significant developments in the gaming industry is the rise of esports. Esports are organized video game competitions that typically involve teams of professional gamers.

What’s interesting is that, as esports have grown in popularity, they’ve started to overlap with the gambling industry. This is because many people like to bet on the outcomes of esports matches and, very likely, there are to be seen more casinos offering betting on esports matches or even hosting esports tournaments.

The popularity of skins gambling

Skins gambling is a type of gambling that uses in-game items as currency. These items, known as “skins,” can be won or purchased in games and then used to place bets on various outcomes, such as the results of esports matches.

Skins gambling has become very popular in recent years, especially among young people. This is likely because it’s seen as a more casual form of gambling. Additionally, skins can be easily traded or sold, which makes them a convenient form of currency.

On the other hand, traditional casinos have been slow to adopt skins gambling. This is likely because they’re hesitant to get involved with digital currencies. However, as skins gambling continues to grow in popularity, we could see more overlap between the gaming and gambling industries.

The rise of social gaming

Social gaming is a type of gaming that’s done on social media platforms like Facebook. It typically involves playing games with friends or other people in your social network.

While social gaming is not technically gambling, it’s often seen as a gateway to more serious gambling. This is because many social games are designed to be played for real money. For example, many casino-style games can be played on Facebook.

The connection between loot boxes and gambling

Loot boxes have come under fire in recent years because they’re often seen as a form of gambling. This is because players never know what they’re going to get when they purchase a loot box. As a result, there’s a risk that players could spend a lot of money on loot boxes without ever getting the items they want. 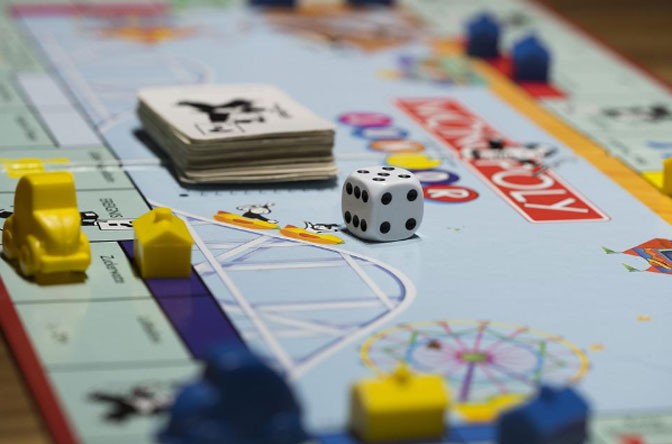 The gaming and gambling industries are already quite closely linked. However, as the world of gaming continues to evolve, we’ll likely see even more overlap between these two industries.

So far, the trend seems to be towards more casual forms of gambling, such as skin gambling and social gaming. We could see traditional casinos start to adopt these forms of gambling as well. Only time will tell what the future holds for the gaming and gambling industries.