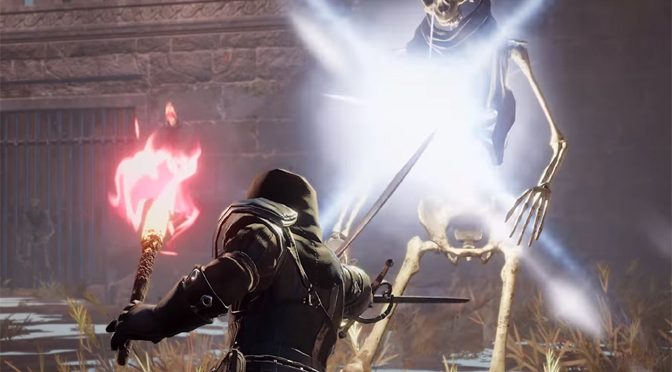 Solasta: Crown of the Magister

Back in November, I took a look at Baldur’s Gate 3, which for me was one of the most anticipated games of the year. Having played through the entire classic series and all of the DLCs, I was really excited to see what the new game could offer. Developer Larian Studios released the game into Steam’s Early Access program, giving everyone a good look at the first chapter of the new title.

About the same time, I became aware of another game that used the Dungeon and Dragons fifth edition ruleset called Solasta: Crown of the Magister. Developed by Tactical Adventures, it promised a true to life conversion of a real D&D pen and paper type of game, at a time when meeting in person around the table was ill-advised. So they had good timing, but because they didn’t have the Baldur’s Gate name, it kind of languished in my to-do pile for a while. 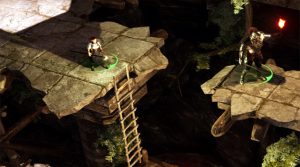 That is not necessarily a bad thing in terms of this review. Solasta: Crown of the Magister, like Baldur’s Gate 3, was also released into Early Access, and over the past few months the developers have been deploying lots of patches. Some of them were quite large, being almost 15G in download size. I jumped into Solasta just after the huge January update, and found a very playable game that has a few little foibles, but seems so much more polished than Baldur’s Gate 3 was when I first tackled it. So Tactical Adventures is making good use of their time.

One of the things that I was most impressed with in Solasta is the level of faithfulness that the developers cultivated in terms of sticking to the D&D rules. That was one of the things that was a little maddening in Baldur’s Gate 3, because it felt more like a Divinity game than a D&D-based title. 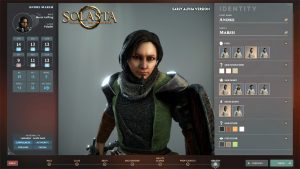 With Solasta, I felt like I was getting ready to play a real D&D module, a process that started right with character creation. You roll dice to get your stats, or you can do a point buy, and your abilities are influenced by your racial and personal background. So if you like to min and max like I do, you will have a halfling thief and an elven ranger, dwarven cleric and maybe a human fighter. My only hope with character creation is that they add multiclassing at some point so I can play my go-to fighter/thief. 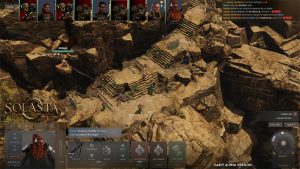 The first and so-far only adventure available begins so cleverly like many D&D pen and paper games do, with your four heroes sitting around a tavern waiting to talk to their new employer. You create four first level characters for this adventure and it’s clear that they all are responding to an ad or flyer, having never met. The game, again very cleverly, lets them talk and banter for a while, and then each one describes the mini-adventure they had just getting to the tavern. This triggers four tutorial adventures, with one for each character, that explains and demonstrates the game’s core concepts as well as each character’s special class abilities. It’s one of the best tutorials I’ve ever played, and offers a perfect balance of interesting and informative.

Outside of combat, the interface is also well done. There is a nice overview map you can bring up that shows you what has been uncovered in the local area. You can click on that map to move your party, or you can simply walk around the main play area. The map also has fast travel locations so you wont be retracing your steps through larger areas like cities. Overland travel has its own interface, and you can set up rules for your party to use while on their journey, like casting Goodberry each night before resting if someone in your party has that spell, or pausing after each long rest so that you can reallocate your spells or level up. It makes overland travel very functional and also kind of fun, especially when you discover interesting or dangerous things along the way. 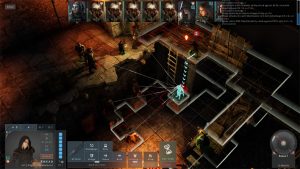 The combat interface in Solasta is extremely satisfying. It’s turn based and the game makes it very clear how many enemies you can see, or could see if you move to a new location. You also get the exact percentage needed to hit with various attacks, so you can tactically decide how to approach each combat. The fights themselves are very well balanced, which is a high point for me. They were challenging but also very conquerable when using solid tactics and special abilities. This is an area that Solasta gets very right, at least in this latest version of the game’s development. It’s not too easy, but not impossibly difficult either, and yes, I am looking at you BG3 on that one. 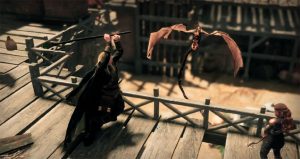 Graphically, Solasta looks pretty good. The landscapes are well textured, although at times they, and also the characters, look a touch generic. Advanced features are missing too, like objects being rendered on your characters when new items are equipped. For example, I bought a cloak for my cleric (and apparently paid extra to get his holy symbol stitched onto it) only to be disappointed that I could not see him wearing it. Your characters take on the appearance of their base level armor, be it chainmail or plate or whatever, but not anything extra beyond that. We all know that part of the fun in games like this is playing dress up and trying to look like a badass, so Solasta really needs to get that implemented asap. 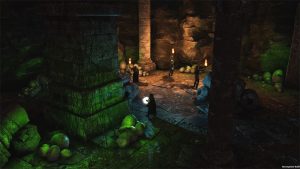 The sound is surprisingly good. All of the character interactions are fully voiced, and the voice acting is very well done. The game’s music is also a good balance of background adventuring tunes and pumping scores when fighting. Overall, the sound seems really solid at this point in the game’s evolution, though like everything else about games going through early access, I am sure this will continue to improve over time. 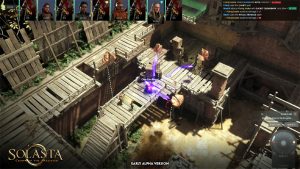 I have to honestly say that I really enjoyed my time with Solasta: Crown of the Magister more than I did adventuring with Baldur’s Gate 3. Yes, BG3 looks better, but Solasta sticks very closely to the D&D rules while BG3 seems to be doing their own hybrid thing. Also, Solasta seems a lot more balanced in terms of difficulty and challenge. I was on the edge of my seat for many of the fights, but never felt like the game was cheating or that encounters were designed specifically to be unfair. It’s clear that the Solasta developers are experienced role-players themselves and know how to balance a fun and challenging campaign. 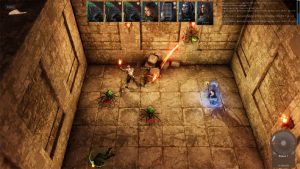 Even though Solasta: Crown of the Magister is still in early access, it’s worth playing. Especially if you are really craving an authentic round-the-table type of D&D adventure, but one that can be played by yourself, you won’t get any closer than what Solasta offers. I’m sure it will get even better as it develops, but am pretty happy with how it plays right now, and look forward to many long caffeine-fueled dungeon delving adventures with the game into the wee hours of the night.