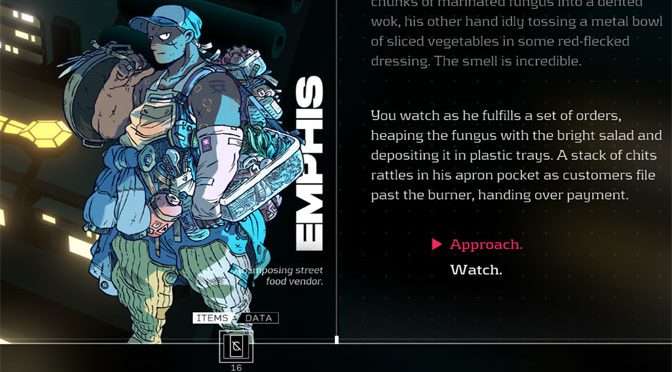 Jump Over the Age

Citizen Sleeper is one of the most unique roleplaying games available right on the Steam platform. And while it’s certainly not going to appeal to everyone, those who enjoy deep storytelling, difficult choices and a dark story that seems almost hopeless at times will enjoy the slow burn that Citizen Sleeper offers. 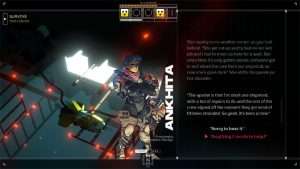 Even the main plot of the game is pretty unique as sci-fi stories set in space normally go. Most of the time, developers use the inherent grandeur of space-based sci-fi settings as a compliment to epic stories. We are used to being a Commander Shepard-like warrior, a singular hero who alone has the power to save the galaxy from whatever incredibly powerful threat it is facing. By contrast, in Citizen Sleeper you are a lowly worker with no resources or friends and minimal skills. Your main tasks in a typical day will involve trying to pick up enough menial jobs to keep yourself from starving.

Editor’s Note: We just got word that the developers are planning new content for Citizen Sleeper with three new story DLCs coming out in July. So, there will soon be even more content to enjoy. 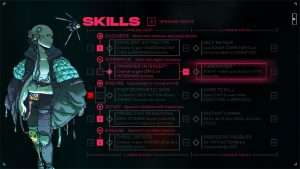 To make matters worse, you are not even a truly living human. Instead, you are a sleeper, which is basically a human consciousness installed into an android’s body. Times are so tough in the future that people sell their minds to corporations for use in controlling an android workforce. Your real body is frozen and asleep somewhere, and your consciousness is controlling the android that is the main character of the game. Only the consciousness inside your robot body didn’t want to stick around the corporate worksite as a slave laborer, so you ran off and escaped via a departing starship. You end up crashed on Erlin’s Eye, which is a massive space station on the edge of the known universe, abandoned by the corporation that made it and now home to millions of people who are also just trying to survive in this broken world. 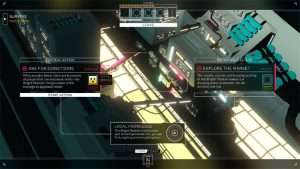 And just to add more concerns to your lowly character’s life, the corporation that you ran from wants you back. They consider you their property, so you know that they will be sending bounty hunters after you at some point. But your more immediate problem is that your android body needs a special chemical to function, a flaw purposedly introduced into your design. Without regular injections of that chemical, your body withers and dies. So, finding a source of that chemical is critical if you want to live for more than a week or so on Erlin’s Eye. And yes, you also need to feed your body normal food too, and find a safe place to rest each night. Being a sleeper on the run is quite a challenge.

The world of Citizen Sleeper is mostly presented through a story, so you wont have to worry about combat, a first person interface or any platforming jumps. Instead you are given choose-your-own-adventure style options whenever presented with elements of the main plot. Those main plot points are important, and unavoidable, but are surprisingly not the main focus of the game. Instead, the player is presented with various choices of activities each day which are arranged across the main map of Erlin’s Eye, or at least the parts that you have already unlocked. Certain actions will eventually unlock more of the station, leading to new adventures and more story choices. 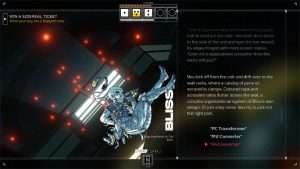 When you pick an activity, you will be given the opportunity to use your skills to accomplish tasks. In order to boost your success, you spend dice, of which you can have up to five each day. Dice are given to you every day when you wake up, and you get more dice if you have managed to feed yourself the day before and maintain high levels of that chemical that keeps your robot body from dying. If you fail to do either of those, then you are given less dice and can accomplish fewer tasks (and also have fewer successes) as you adventure that day. When you have spent all of your dice, you have to end your day (although there are a few tasks that don’t require dice, such as buying or trading things). With limited dice, you won’t be able to do every possible task and will have to prioritize what is important to you. Do you work on earning credits, help out a newly met friend, try earn a promotion at your jobsite, look for better living quarters or explore any of the side quests that you uncover which might lead to greater rewards in the future? 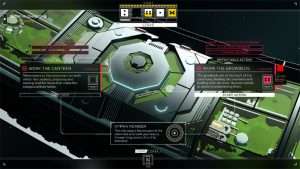 Some tasks are also timed. For example, you might be given a task of building something or hacking into a computer, which needs to be accomplished within a certain amount of time. Every day a timer clicks off one more notch, and if you have not completed the work by the last day, then you will fail at that task. There are also events, mostly negative ones, that will happen after a certain amount of time has elapsed. For example, you might owe someone money and must gather enough credits to pay them by the time the timer expires or face the consequences. 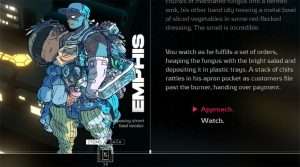 Besides the rewards you earn for completing parts of the plot, you will also be able to level up your character. Doing do will improve your skills which makes different tasks easier to accomplish. And you will also earn powerful perks that can help make your life a little easier, like being able to ignore some of the negative status effects from not having enough of that life-giving chemical flowing through you or being able to use sunlight to generate energy and “food,” instead of having to purchase it every day.

Graphically, Citizen Sleeper looks really good. It’s basically a hand-drawn looking world, and the style is quite nice. It kind of reminded me of a graphic novel at times, especially in the highly detailed drawings of the various, crazy characters that you meet on the station. The sound is also good, although it was mostly playing in the background and unnoticeable, as game music tends to be most of the time. 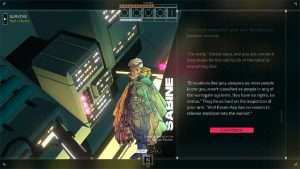 After playing through Citizen Sleeper twice, it’s clear that while it’s clearly a role-playing game, heavily inspired by table-top RPGs, that at its core the game is really about resource management. Managing your resources is really the key to success. You will end up making most decisions based on maintaining your various resources. You may even need to ignore or fail at some quests because you are too busy maintaining those resource pools and working in other places. There is nothing wrong with that. The game allows you to make whatever choices you want, but you will always have your eye on your scarce and dwindling supply of just about everything, and will often need to act accordingly. That said, the resource management gets decidedly easier in the later part of the game thanks to perks and higher skill levels. 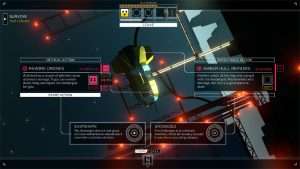 Citizen Sleeper is a really interesting RPG. It’s a very slow burn, but that might appeal to a lot of players. You can certainly take your time and plan your moves. The story won’t advance while you are looking at the map or trying to decide which task to work on, or which goal you should inch toward. So, you can always put your best foot forward and make the best possible move. In a world where the deck is heavily stacked against you, it’s best to try and take every advantage that you can.

Citizen Sleeper earns 4 out of 5 GiN Gems. If you are looking for a solid story-based sci-fi RPG, Citizen Sleeper will provide it. For less than $20, it also gives a lot of bang for your buck.