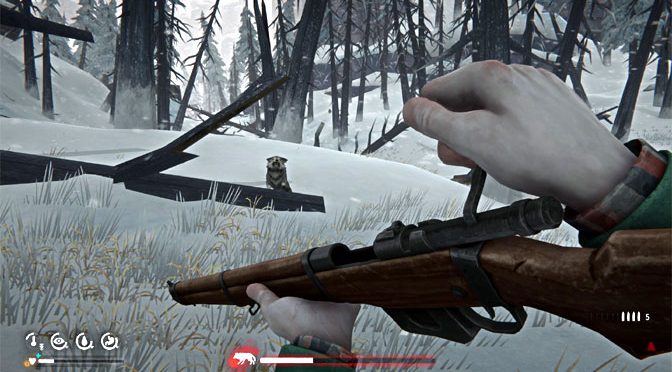 It’s hard to believe, but I have been playing The Long Dark since it was first released back in 2015. Although they are far more common today, it was one of the first survival titles where there were no zombies, aliens or monsters running around trying to kill you. The game’s punishing environment, in this case the bitter cold of the Canadian wilderness, enhanced by a global event that further accelerates climate change, will kill you just fine. There are also wolves and the occasional bear, but nothing that could not be considered part of the natural environment. 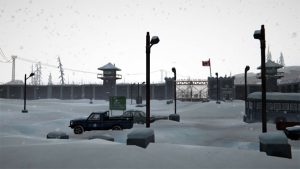 The original plan for the game was to release five story-based episodes with each one having about five hours of gameplay. And then there would also be an always-available open world sandbox to explore. While the sandbox part of the game has always been pretty well received, the story episodes have been plagued with delays. Episode two was so buggy with a bear-fighting sequence that developer Hinterland Studios recoded the entire game, including totally changing that episode. It was still fun to play, but the delays added up. 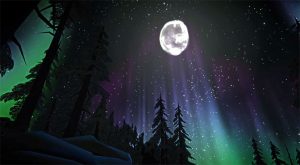 Things finally got rolling along and Episode Three was released in 2019 and focused on Astrid for the first time, the scientist we were flying up north when the event hit. We assumed she survived, and in episode three we find out for sure. Episode three added quite a few interesting new mechanics, like rescuing survivors from a commercial airliner crash and dragging them back to the shelter of a community center for a warm fire and hot coco (actually coffee or tea). Things were good, and it looked like The Long Dark’s Wintermute story missions would soon all be available. Unfortunately, that is about the time when COVID-19 hit, which added more delays. Finally, after another year-long pause, The Long Dark Episode Four: Fury, Then Silence finally saw the light of day. Kudos to the developers for not giving up through six years of setbacks, and let’s hope we don’t have to wait another two years for the final episode to drop. 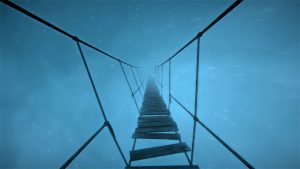 We are back to playing bush pilot Will Mackenzie in episode four, and we are still lugging that mysterious case around for Astrid, trying to make it to the town of Perseverance Mills where we might be needed to cure a disease, or we might actually be able to stop the climate disaster, if the mysterious Wintermute message from episode two actually means something. Unfortunately for Mac, he is captured by escaped convicts from Blackrock Prison, which sits in the middle of the zone for this episode and acts as your base of operations. 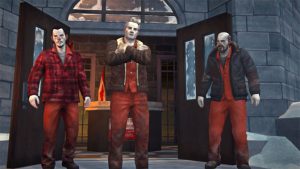 The convicts are lead by a real psychopath who is voiced by the amazing, gravelly voiced Elias Toufexis of Deus Ex fame. He adds a sinister quality to the already scary leader of the convicts. He’s pretty terrifying at times. The convicts are there because they are trying to break their leader’s son out of solitary confinement, which is the only part of the prison not under their control. They come up with various schemes to do this, including trying to get the power turned back on at the main plant and looking for explosives to blow a hole in the wall – Old West breakout style. 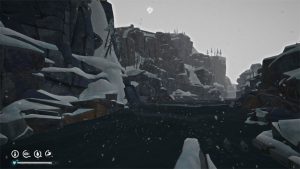 The problem is that while they are all very tough, none of them know much about survival in the woods. So they send Mac out to do their dirty work in a series of suicide missions. They are real jerks about it too, stripping you down to almost nothing and even confiscating your jacket and hats, plus of course any tools or weapons, if you are wearing or carrying them when you return from one of those missions. So be sure to stash your gear before you walk up to the prison’s front door after returning from a mission. There is a convenient nearby guard tower that you can use for this purpose, and it can become your private clubhouse if you want. Just dump your gear there when you get back and then walk the final bit in your underwear. Then when you go out on your next mission, gear back up before you leave the prison.

The map seems about as big as the one in Episode Three. It might be a little smaller actually, but there are actually rivers with running water, deep crevasses and mountain ranges that make “as the crow flies” travel impossible. There are some good shortcuts though that you can use in places, once you find them, or in some cases unlock them as you progress in the story. 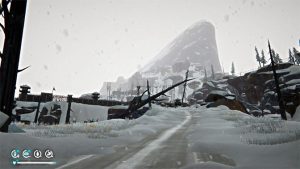 In Episode Four you will be starting with almost nothing (and will keep getting your gear confiscated if you are not careful) so if you want to make any of the really great crafted gear in the game like deerskin boots, rabbit mittens, wolf jackets or a bearskin sleeping bag, then you will need to cure those materials (after hunting the animals) for up to a week of game time, then spend days sewing it together. The game makes it seem like you have to rush through the episode, like if you don’t hurry up on each mission, people might die. But please ignore that. I took my time and explored everything I could inside and outside the prison walls, plus recrafted all the best survival gear, and the convicts were still waiting for me when I got back (dressed in just my underwear – really guys, this is all I wore out there!) You will have a much better time if you play it slow and enjoy the level. 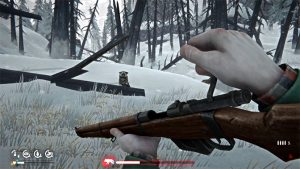 In terms of challenge, this new zone is about in the mid-range of difficulty, maybe slightly on the higher side. There are a lot more bad storms that normal it seems, and so many gosh-darn wolves. There are both lone wolves and those timber wolf packs, sometimes mingling pretty close together. But there are also a lot of rifles, pistols and flare guns scattered around the map, plus plenty of ammo. There is even a bow you can find if you don’t want to try and craft one. 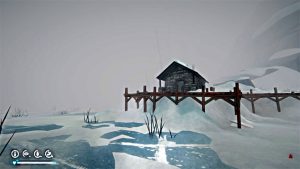 The same can be said of the weather in terms of difficulty. Yes, it’s bad, but there are a lot of little cabins, buildings and caves scattered around the map. If you have at least descent clothing, you can probably journey between safe spaces fairly easily, wolves aside.

There are also some action sequences in the game which I have mixed feelings about. I don’t want to give away any spoilers, but it’s different gameplay than we are used to dealing with in The Long Dark. It’s not all that difficult to survive those special events, but it was surprising. 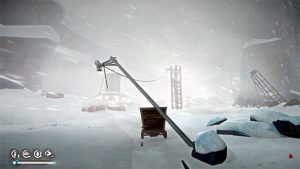 In the end, Fury, Then Silence does what it needed to do. In addition to providing a really good survival experience, it gave us some answers and set up the final mission. I am very excited to see how this saga ends, and hope that we are only waiting months instead of years to jump in and play it.

If you have not started playing The Long Dark, now is a great time to start. The sandbox mode is great fun, with most of the bugs squashed (or maybe frozen) long ago. And by the time you finish the four story missions, it might be time for the final one to drop – if we are lucky. Fury, Then Silence earns 4.5 GiN Gems, approaching perfection as we near the end of this wintery tale.