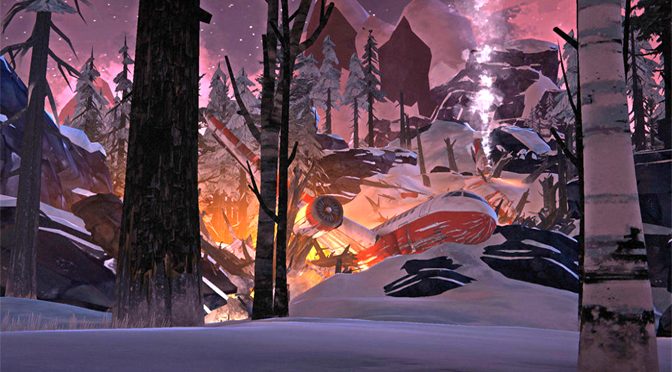 The Long Dark has had quite a history. Developers Hinterland Studio let players explore their icy world for quite some time while it was still developing, going all the way back to 2015. When it was officially released, everyone jumped into the new Wintermute story mode, which provided a role-playing like atmosphere on top of the normal sandbox survival interface. Episodes one and two, of five that are scheduled, were finally completed and released to much critical acclaim, including among the reviewers here at GiN. I even personally made a few YouTube Let’s Play videos about the game, and had a lot of fun doing so. 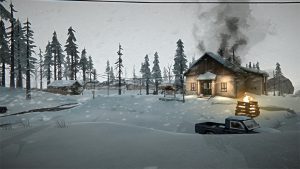 Despite how well the game was received by most players, there were still some problems, which was not unexpected given that Hinterland Studio is a small development team and The Long Dark is a pretty ambitious open-world, snowy survival type undertaking. To compensate, the developers did the unthinkable to try and make things right: they remade episodes one and two over again months after they were first released. This was not a patch job either. It was more like a total reprogramming of both the core mechanics and the overall flow of the Wintermute story part of the game. Even old saves were made invalid, so we had to play them all over again – not that too many people minded. 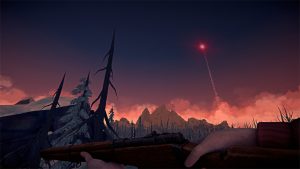 This whole thing delayed episode three for over a year. But now, The Long Dark Episode Three: Crossroads Elegy is finally here as a free update for all players. Named for the main town in the new episode, which sits at a small crossroads, this time around you will be playing Astrid, the scientist ex-wife of the protagonist from episodes one and two. Sadly, we learn very little about the mysterious locked case we had to drag around in those previous episodes, though we do see a cut scene where it’s implied that she stole the case from the lab where she worked, and that it might contain medicine to help treat a friend’s child with some kind of serous disease or condition who she talks with over the phone. Or I might be reading that wrong, but the non-interactive scene kind of implies it. 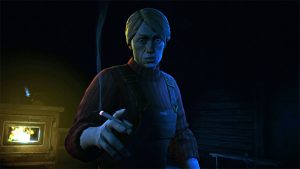 All of episode three is played on a single map, and that map seems notably smaller than the massive expanses of territory we explored in episode two. But you may not notice the smaller play area because of all the new features stuffed inside it. Starting off, there are two new NPCs that we meet who actually integrate with the story and even drive the plot fairly well. The first is a mysterious woman named Molly who saves our life in the opening movie. She has a mysterious past and a dead body in her basement. She will contact you throughout the game on the various landlines that still operate over the island. The second is a kindly priest holed up at the local community center who is looking over the dying folks of the town of Crossroads Elegy, including newly arrived survivors from a commercial airliner crash. 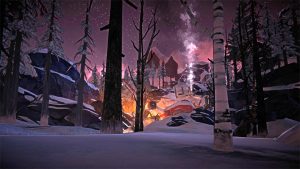 The biggest addition in terms of new gameplay mechanics involves those airline crash survivors. While they don’t interact with you very much – most are too sick to carry on a conversation, you will be rescuing individual survivors as part of the main plot and bringing them back to that warm community center building. You initially find one survivor at the plane crash site and then later get a quest to locate three more who were delirious and wandered off into the woods. These escort missions require you carry them over your back, which means you are forced to walk very slowly, as if encumbered. Survivors have two stats that you must manage, heat and thirst. If they get too dehydrated, you need to give them purified water (they won’t drink soda or any other liquid for some reason). And if they get too cold, you will need to stop and build a fire and sit a while, or get them indoors if you are lucky enough to find an intact shelter. 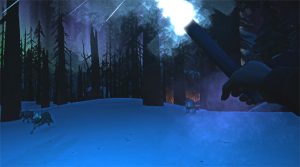 During these survival missions, you will likely run into the second big game addition, packs of wolves. While you will still see individual wolves, most now run in packs. A pack will attack you as a group and each pack has a morale score represented at the bottom of the screen. Taking actions like tossing a flare or firing a shot at them will reduce their overall morale, even if you don’t hit anything. New marine flares added to the game burn blue and loudly, and scare wolves much more than the regular red road flares. If you can whittle their morale to zero, they will run away. Killing a single wolf also tends to drive off the pack regardless of how strong it is, and thankfully you are given two new tools to do that.

The first is a revolver, and it’s amazing. Loaded with six, hard hitting rounds, it will let you effectively rapid fire into packs, wounding them and dropping their morale. I got so good at using it to defend my survivors that I was able to down the lead wolf of most packs (some are scripted to attack you when lugging a survivor back home) with a single shot to the head. Dropping any wolf stops the others cold, and provides a store of raw meat. I even earned a trophy for my wolf combat skills. With plentiful ammo scatted around episode three, I mostly carried the powerful and portable revolver and left the heavier hunting rifle back at the community center.

[amazon asin=B07G3HBMKQ&text=Pick up The Long Dark from Amazon and get Crossroads Elegy, the other two episodes and the survival sandbox mode, all in one package. ]

The second new weapon you get is a bow and arrow, provided by the aforementioned mysterious Molly NPC, albeit indirectly. The bow is much more difficult to use than the revolver, and didn’t seem as powerful. However, it is a great way to hunt rabbits and small game. It has great range, and is so much easier to use than a rock. Plus, crafting the arrows is relatively easy, and although they get dinged up when fired, you can collect them from your kills or even when you miss to be reused, giving you nearly unlimited ammunition. 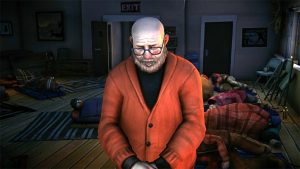 The main story and all the side quests takes about six hours to play, and is pretty riveting the entire time. The Crossroads Elegy map is filled with everything from a fairly well-stocked town for careful scavengers to tiny, out of the way cabins, deep caves, survivalist bunkers and plenty of secrets. Even the side quests are fun in episode three, and involve hunting down and investigating local myths in the area like a mysterious yeti creature and an uncatchable, legendary fish. Most of the side quests also have pretty great rewards, so be sure to do them all. You can activate those legendary side quests by reading about them in books scattered about the area in fairly obvious locations like the community center. 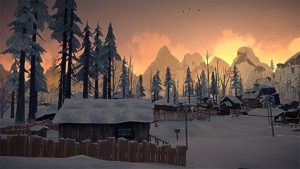 Crossroads Elegy may have been a long time coming, but this is definitely a case of it being worth the wait. It’s nice that Hinterland didn’t just give us more of the same, but also added new content and activities. They also improved the storytelling aspect of the game, so that The Long Dark in Wintermute is a lot more than just a directed sandbox simulation. It’s a game that tells an increasingly interesting story alongside its unique winter survival world. Crossroads Elegy may be a bit more brief that the other two episodes, but you will hardly notice it as you enjoy every minute in that beautiful, frozen hell.