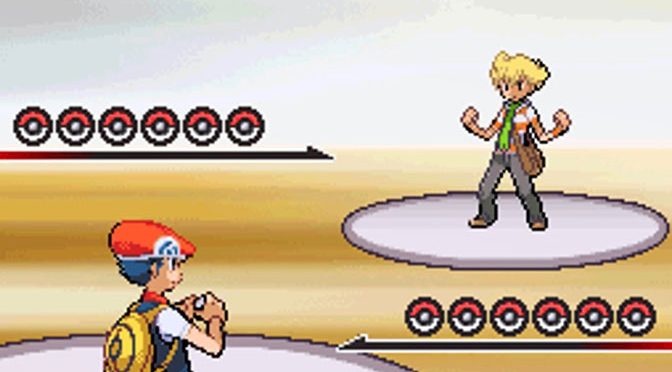 We’re roughly a week out from the release of the 8th generation of Pokémon games, Sword and Shield. The Pokémon series as a whole is roughly 23 years old now, spanning across 31 main entries before the 8th generation titles come out for Nintendo Switch. So before the new blood of Pokémon arrives with a bevy of new monsters to catch, train, and exploit for personal profit, we at Game Industry News think it would be a great time to celebrate the history of this series with the third best-selling games in the series, Diamond and Pearl.

DS owners in 2007 got to finally see glimpses of the first Pokémon games for the handheld generation after the Gameboy Advance: Pokémon Diamond and Pearl. 107 new monsters to acquire were added, making for a tremendous 493 Pokémon to catch, breed, and evolve. New moves and abilities were added across the board, and many Pokémon received an option to have one of two abilities, rather than a single ability back in generation 3. The region of Sinnoh was vast, complete with lakes, snowy mountains, and even an extra-dimensional location inspired by M. C. Escher art, guarded by an angry dragon ghost.

One major stepping stone on your way to collect all eight gym badges is stopping Team Galactic, who really go quite a few steps beyond Team Rocket’s world domination from Red and Blue. Galactic’s goal isn’t just to rule the world, it’s to capture the Pokémon that were said to have created the universe and remake it in their image. There’s still eight gym leaders, an Elite Four, and a champion to beat after taking out the dimension-hopping trash, of course, with the generation 4 games ending off with the most popular champion of any other Pokémon generation: Cynthia. She was memorable in many respects, not the least of which being the number of interactions she had with the player throughout the games. Moreso than that, she was a somewhat challenging opponent, for once, as her Garchomp had a held item (which was rare for CPU opponents to have) and almost perfect stats; solidifying her as one of the most difficult champions in the series. In Platinum, she even goes into the Distortion World with you to guide you toward the antimatter Pokémon, Giratina, showing that GameFreak trying to create more memorable NPCs. 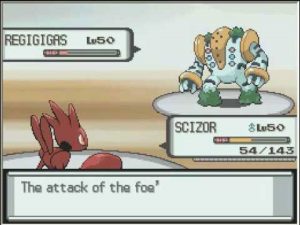 Outside of the story campaign elements, many notable changes took place in this generation. Pokémon games were not unfamiliar with day-to-night transitions as that had been placed in and removed from games ever since the generation 2 games, but Diamond and Pearl not only re-implemented time of day transitions, but expanded them to include evening and afternoon, as well. On top of this, a major change to battling was that the types of moves no longer determine if they’re physical or special attacks. In previous generations, while the Ghost type Gengar had amazing Special Attack, his Shadow Ball was only ever a move that would use his abysmal Attack stat, because Ghost was a physical attack type, and Tyranitar’s Dark moves would only use his mediocre Special Attack stat, rather than his much higher Attack. The fourth generation games changed all that- with existing moves being split into physical or special, allowing even more specialization in the Pokémon you use in your team!

Beyond the physical-special split, Diamond and Pearl did add some much-beloved features that players still use to this day: Online communication. Players no longer had to be in the same room as their trade partners or battle opponents; you could even trade with complete strangers using the Global Trade System, which functioned like an online request board where you would post your Pokémon, and then set the parameters of the Pokémon you wanted in return. All of these features have been further refined and re-implemented in every main series Pokémon game since.

Diamond and Pearl got a third entry, as was tradition, in Pokémon Platinum. Platinum kept everything the previous games established, and also re-added the Battle Frontier from Emerald, among several small additions. Pokémon HeartGold and SoulSilver, remakes of the generation 2 games of the same name, released to fan acclaim as they introduced popular features such as your Pokémon following you outside of their Pokéball, which would later be missing from more entries than it has been present. Many, many spin off Pokémon games released during this time as well, including Pokémon Battle Revolution (think Pokémon Stadium, but for the Wii), three Pokémon Mystery Dungeon games, two Pokémon Ranger games, Pokémon Rumble, Pokémon Dash, Pokémon Trozei, My Pokémon Ranch (which was basically software for storing more Pokémon), PokéPark Wii: Pikachu’s Adventure, and several more that didn’t even release internationally!

It would only be a few years until Pokémon’s fifth generation release, and players had plenty of spin offs to keep them busy in the interim. Certainly, with the success of titles like Battle Revolution and Mystery Dungeon: Explorers of the Sky, the next generation would be primed to absolutely blow everybody away, right? Of course, things aren’t always so black and white.

One thought on “Pokemon Generation 4: Diamonds (and Pearls) are a Girl’s Best Friend”