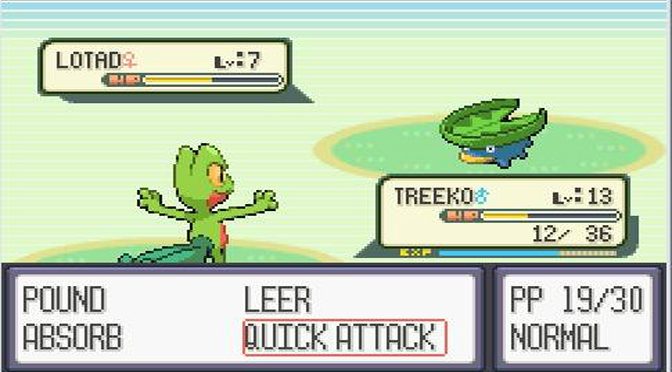 We’re roughly a week out from the release of the 8th generation of Pokémon games, Sword and Shield. The Pokémon series as a whole is roughly 23 years old now, spanning across 31 main entries before the 8th generation titles come out for Nintendo Switch. So before the new blood of Pokémon arrives with a bevy of new monsters to catch, train, and exploit for personal profit, we at Game Industry News think it would be a great time to celebrate the history of this series with the first soft reboot of the franchise, Pokémon Ruby and Sapphire.

The third generation of Pokémon games released on the Gameboy Advance in early 2003 in North America, and it was on this new system that players got to experience 135 new critters to capture, train, and use in virtual dog fighting in the new region of Hoenn. Generation 2 added 100 new Pokémon, but generation 3 completely blew that out of the water and introduced the largest number of monsters since generation 1 (at the time of Ruby and Sapphire’s release, anyway). Familiar features were shown to players in much higher graphical fidelity- the GBA may not look like much now, but it was a pleasant advancement to jump right from 8-bit games to the 32-bit processor of the Gameboy Advance. This truly was the advanced generation of Pokémon, and for a lot more reasons than just improved visuals and sound.

Not only was Hoenn a visual treat, but the battle mechanics received a massive improvement as well. Over a hundred new moves were added, and abilities completely revolutionized Pokémon battling as they introduced special attributes each Pokémon has that can change how they interact in and out of battle. Abilities ran the gamut from allowing a Pokémon to absorb a Fire-type move, preventing status ailments, or boosting the Attack stat of a Pokémon inflicted with a status ailment. Natures, additional attributes that boost one stat by 10% and reduce another by 10%, further allowed players to specialize their teams or round out weaknesses to gain the upper hand in combat.

Double battles were also introduced in this generation, which further expanded the complexity of the battle system with targeting restrictions, moves that hit everyone in battle (including your 2nd Pokémon in battle), and more. More Pokémon games released during this time that took advantage of the foundation Ruby and Sapphire laid: Pokémon FireRed and LeafGreen came out a year later and were GBA remakes of Red and Blue, which was handy as it allowed you to re-catch generation 1’s Pokémon again (more on this later). After FRLG released, the third version for Ruby and Sapphire came out and, much like Yellow and Crystal before it, Emerald improved upon everything the first games established. 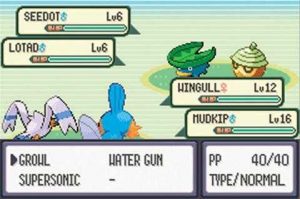 Generation 3 introduced quite a bit for the battle system, so it’s no surprise that when Pokémon Emerald released, players were treated to the expansive Battle Frontier. This post-game challenge pit players against numerous opponents with set level rules; there was no level-grinding your way through this challenge! After winning enough battles, you could be challenged by the Frontier Brains, essentially the Elite Seven who battle under styles rather than using only one type of Pokémon. It was quite fun, and while Ruby and Sapphire were disappointing in their post-game content as they just followed games that let you venture to a completely different region, Emerald’s Battle Frontier is substantially more challenging and rewarding, overall.

Even with all of the advancements, though, the third generation Pokémon games had a pretty massive drawback: Pokémon caught in generations 1 and 2 couldn’t be transferred to any generation 3 games. The Gameboy didn’t have an interface to connect with the Gameboy Advance, plus a bunch of behind-the-scenes changes occurred with the Pokémon data format moving from the Gameboy to GBA.

(For the sake of completion: Technically, it is currently possible to convert save data of Pokémon caught in RBY or GSC to save beloved Pokémon we caught during our first forays as trainers, but this process requires use of third party devices to backup your save file from the original cartridge, as well as flashcart devices which are typically used for piracy. There has never been an official way to transfer your Pokémon from generation 1 and 2 into generation 3)

This particular culling of various Pokémon from generation mirrors a familiar controversy surrounding Pokémon Sword and Shield. When players picked up Ruby and Sapphire back in 2003, they were surprised that they had no possible way, without cheat devices, to obtain fan favorites like Charizard, Tyranitar, Scizor, or Gengar. In fact, a large number of Pokémon from Kanto (RBY) and Johto (GSC) were unavailable, so in order to register all 386 current Pokémon in your Pokédex, you had to buy Ruby and Sapphire to complete the Hoenn Pokédex, FireRed and LeafGreen to complete the Kanto Pokédex, Emerald to finish off the Johto Pokédex, Colosseum to obtain Ho-Oh, and lastly XD: Gale of Darkness to obtain Lugia. This isn’t including the region-locked pre-orders and event attendance in specific cities to obtain Mew, Celebi, Jirachi, and Deoxys, of course. This particular time period in Pokémon was… strange. Players worldwide were equal parts excited for all of the advancements being made, while also vehemently grabbing any and all titles that could once again aid the player in… catching ’em all.

Of course, there were plenty more Pokémon games that fans enjoyed that had nothing to do with completing the generation 3 Pokédex. Games like Pokémon Pinball: Ruby and Sapphire released in the same year as their namesake main series title and was a follow-up to the original Pokémon Pinball on the Gameboy Color. Pokémon Colosseum was similar to Pokémon Stadium in that it allowed you to watch your Pokémon battles in 3D on a Gamecube, but also featured a full story mode with lots of double battle action. Pokémon Mystery Dungeon humbly began on the GBA with Blue and Red Rescue Teams, taking Pokémon into the genre of roguelike dungeon crawling. Pokémon Channel was a game that existed and, as I am told, at least one person liked.

There was certainly a lot to go over in this generation. Certainly, generation 3 brought a lot to the table, but also took quite a bit away, at least when Ruby and Sapphire initially came out. The generation 4 games, Diamond and Pearl, wouldn’t release until the spring of 2007- so you’d best pass the time by watching your Pikachu watch TV in Pokémon Channel.