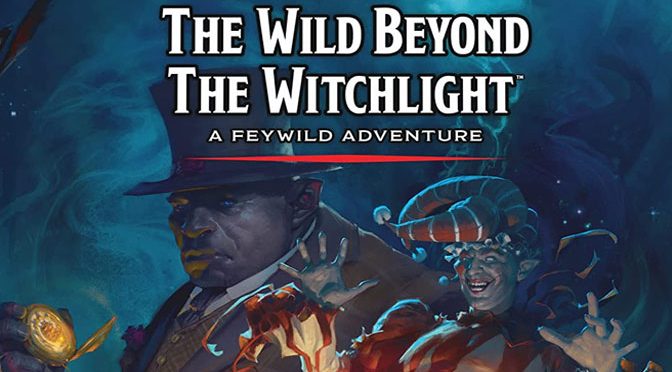 The Wild Beyond The Witchlight:
A Feywild Adventure

It’s a really great time to be a Dungeons and Dragons player. Wizards of the Coast has been really supporting the game since taking over, and that is especially true of the past couple of years. There is literally something for everyone in the D&D realm now, and their latest adventure, The Wild Beyond The Witchlight: A Feywild Adventure is a testament to this effort. It’s also one of the most interesting and fun supplements to come out in a long time.

So the last time I reviewed a D&D supplement book was not all that long ago, when Van Richten’s Guide to Ravenloft was released over the summer. Ravenloft has always been my favorite genre in D&D. It’s a dark and terrifying world of nightmares, and just the type of sandbox that I enjoy playing in or running my shocked gaming group through. Given my passions for dark and shadows, I was unsure how I would react to The Wild Beyond The Witchlight, which takes place on a much more colorful plane of existence. Little did I know that bright colors and smiling creatures can hide a much more sinister world beneath the surface. It’s a whimsical wickedness, but a wickedness nonetheless. 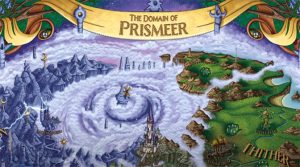 The majority of the adventure takes place in a domain called Prismeer, which is a so-called Domain of Delight that sits within the Feywild. This lets players experience all the wackiness and chaotic craziness of the Feywild without exposing them to the greater plain. In fact, the plot of the adventure involves having the arch-fey who rules the domain going missing, which causes the realm to splinter into the lands of Hither, Tither, and Yon. Each land has a distinctly different feel based on what is happening there, and each is uniquely configured, running the gamut from dismal swamps to towering, storm-capped mountains to a storybook-like mythical forest filled with fantastic creatures. It’s almost like each land contains its own independent adventure. There is a giant, colorful fold-out map at the back of the book that covers all of Prismeer. 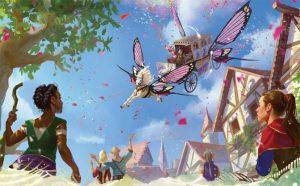 The other side of that aforementioned map shows the amazing Witchlight carnival, where the adventure begins. The Witchlight carnival is run by fey creatures and travels around to various realms, so you can drop it in almost anywhere. The carnival acts as a bridge to Prismeer, if you can find it and have a reason to do so. The adventure does a good job of pushing characters in the right direction. But the carnival is more than window dressing. It’s a living thing and a full chapter of the adventure. There is a lot to do at the carnival, from giant snail racing to playing carnival games to try and win prizes. In fact, the carnival is probably one of the most fun parts of the entire adventure, though the entire Witchlight supplement is very well done.

One of the most unique aspects of The Wild Beyond The Witchlight adventure is that it can be completed without any combat. Yes, players and dungeon masters are given all the stats they need to fight things, but a clever group that is really into role-playing can complete the entire adventure without drawing steel or spilling blood. 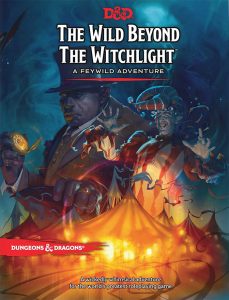 Because D&D combats normally equal experience points which are used to level up, the Witchlight adventure lets players level up based on milestones experienced in the game, such as the first time they visit Hither, Tither, or Yon, or experience a specific creature. That way, players who don’t want to fight can still reap the rewards of the adventure. And don’t think the non-combat path is boring. It actually takes a lot of smarts to walk that path as well as clever gameplay. And it’s optional, so if you don’t like it, feel free to start cracking heads. I had a group that mostly tried to avoid combat, but sometimes came to blows with certain creatures in a few situations. I kind of expected my group to love the combat approach more, but they were actually disappointed when violence broke out, and tried to go back to more thoughtful gameplay right afterwards. 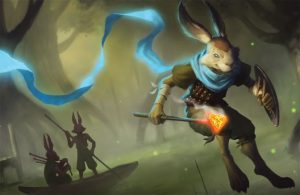 In addition to the adventure itself, The Wild Beyond The Witchlight offers some new options for player characters. You can play as a Fey if you want as either a Fairy (very much like traditional storybook fairies) or a Harengon (who is like a combination between a tall rabbit and a knight). Or you can play an adventurer who is touched by the Feywild in some way, or someone (human or Fey) working at the carnival. It’s nice to have options like that for players who really want to lean into this new fantasy world and really embrace it. 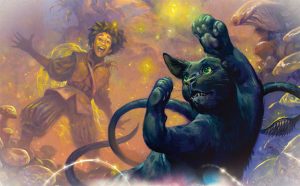 There are also all the traditional things that come with D&D supplements like a magic item compendium, with some really unique stuff. And there is an appendix with the stats of all the creatures you can encounter in the game, which is useful if you are going with the combat option or simply slip into it in some circumstance. There are also little trinkets on one table. Some of them are slightly magical, but most are just odd little manifestations of the game world. And there is a section where the DM can keep track of what his players are doing, keeping organized as they play in this chaotic world. 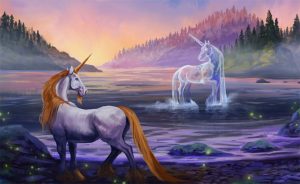 The Wild Beyond The Witchlight: A Feywild Adventure offers some wild adventuring that is way outside of a traditional D&D game. Parties that think they have seen it all will realize how wrong they are when jumping into the Witchlight adventure. As the game master, I was just as shocked at some of things we encountered there. Sometimes we were laughing out loud, other times we were just kind of stupefied. And while there is some violence in the game, especially if you are going the combat route, in general the Witchlight could be suitable for younger players if played that way. 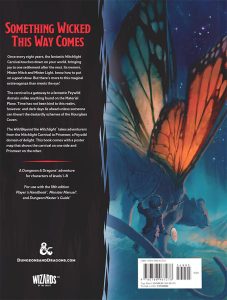 If you are looking for something memorable and unique to play with your group, maybe over the winter holidays, then The Wild Beyond The Witchlight: A Feywild Adventure is a perfect choice. It’s certainly one of the most unique adventures out there right now, and a world that players will certainly enjoy exploring almost as much as game masters will enjoy presenting. The Wild Beyond the Witchlight is really an instant classic filled with unique ideas and a beautiful art style that you don’t really see anywhere else. Embrace your inner-Fey and give this one a try.