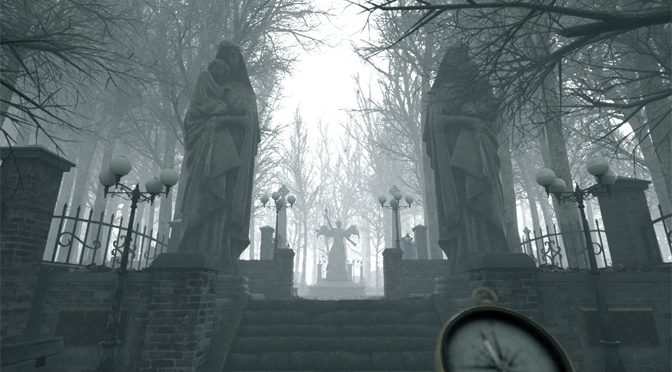 I have developed a long history of horror game reviews at Game Industry News. And, as other horror game fans probably know, this is not a genre were developers always get it right. In fact, there have been long stretches where the horror games available to play were so bad that it made me doubt the validity of the horror game genre entirely. Many of these have been in the vein of games like Pineview Drive and rely on jump scares and wandering around benign areas looking for things.

Of course, there are also bad horror games in the Agony vein where it’s just a dressed up walking simulator that stands over your shoulder going “ooh, look at how gross everything is, so, are you scared yet?” 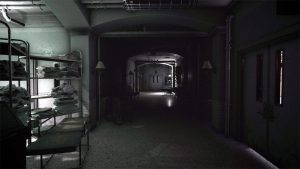 So when we heard that Visage was coming out for Steam on the PC, the PlayStation 4 and Xbox One, we had yet another chance to find a good horror game for a change. The fact that Canadian developers SadSquare Studios came out and said how their game was inspired by the PT game made it all the more appealing.

For those of you who don’t remember, PT was what seemed to be our one chance to get a great horror game. It stood for playable teaser (this was not going to be its final name). It was a first-person psychological horror video game developed by the venerable Kojima Productions under the pseudonym 7780s Studio, and published by Konami. The game even had an amazing development staff, Hideo Kojima, in collaboration with film director Guillermo del Toro.

Sadly, PT was released as a free demo for the PlayStation 4 in 2014 to much acclaim. I say sadly because while the demo was fun to play, we never got the full game. Or maybe we did, and Kojima never intended to release more of it. The world may never know, but everyone wanted more. 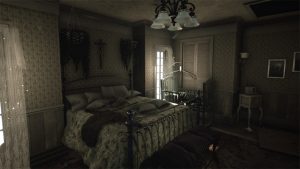 Which takes us to Visage. While Visage is unique, it’s clear that it is a mix of many of the previously mentioned games, including of course PT.

Visage starts out with a cut scene involving Russian Roulette with apparent hostages. From there we move to a creepy house where the owner apparently doesn’t know how to change any light bulbs. I started this game at night with the sound cranked up and the ambiance was definitely creepy. During the tutorial I learned the basic functions of the game and it all made sense.

Comparisons to PT are obvious. The game is set inside a huge mansion where terrible things have happened. You’ll wander through the gloomy corridors and try to piece together those events. The cool thing about Visage is that unlike most “cheap” horror games, it does not rely solely on jump scares. The atmosphere is part of the horror, and of course that is what makes the game so creepy. It’s not just something happening to you all the time, but the threat of something bad happening in a very unsettling environment. 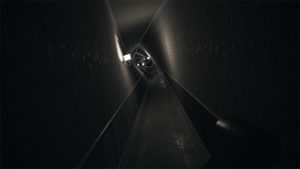 And that environment changes, again, very much like PT did. You can’t even rely on backtracking to a so-called safe area to rest and recharge a little bit, as when you arrive you might find that it’s totally different. And it might be a little bit more dangerous too. For the most part, you should have a really good time wandering around the halls and diving deeper into both the atmosphere and the storyline, even if the latter is a little confusing at times.

That said, while Visage is a fun game, especially for those who love atmospheric horror, it’s far from perfect.

For example, the whole sanity mechanic should have been left on the cutting room floor. I hate when games try to tell me that I’m scared, and if I am not careful I will be insane. Why not just make a scary environment and let me feel the fear? Adding a false fear factor is kind of disingenuous for an interactive horror experience. 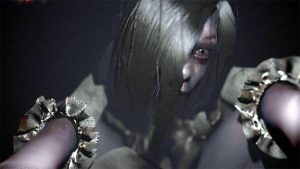 For example, there was a point where I walked into a room with a flashing lightbulb and my scared meter started rising until I found a lightbulb to replace the malfunctioning one with. As a player, I was not scared at all, nor was I amused. And yet, this cheapest form of atmospheric stress (which could possibly cause a seizure in some people) was triggering my character’s life bar to drain. Eventually, I was more concerned with my life bar than anything that was going on in the game, and that is sad because where I should have been enjoying this really cool title, I was instead worried about flashing lights and other non-scary things ending my game.

While I don’t want to go as far as to say that this extra mechanic killed the mood, I would stress that it wore me down after a while. There were moments when I would just roll my eyes when Visage would tell me that I was getting spooked when I really wasn’t. Sadly, the game didn’t need the fake fear mechanic. I was having a good time and getting scared in certain parts without it. 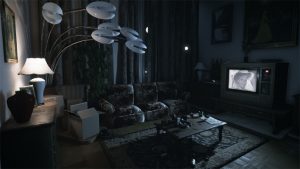 I guess the main foundation of a horror game is the creepy factor. Overall, Visage builds the suspense well enough, and there are some really nice, key moments where everything is tense and the game approaches perfection. The music is also well done, even though the gameplay tries to undercut it whenever it can.

Visage easily rises to the top of the genre, even though most of the horror games I have looked at lately have been lackluster. Honestly, while it’s not perfect, Visage is one of the best horror games available right now. Horror gamers should have a nice time with it while we wait for the next big thing in this genre, whatever that may be.