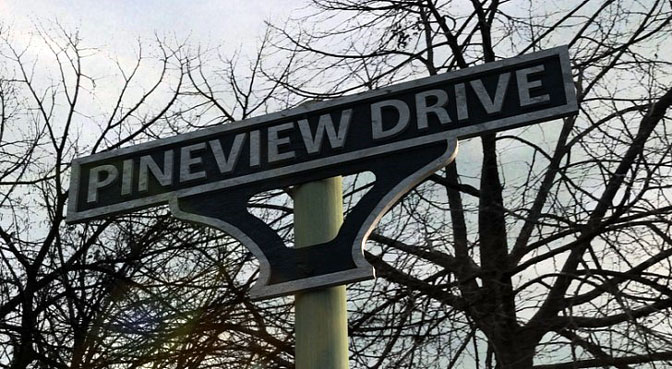 With October in full swing, I knew it was only a matter of time before a horror game hit my desk. This year the lucky game is Pineview Drive. The game takes place 20 years after a violent crime happened at a mansion on, you guessed it, Pineview Drive. Now, as the player, you are investigating the haunted establishment yourself.

One of the key features of this title is the fact you are not trying to save yourself from big, scary or ugly monsters. Instead, the objective is to not be scared to death. Really, we mean that. The way this works out is when something like creepy music plays or a pot falls and shatters; you lose a life depending on how much you jerked the controller, mouse, etc. So if you steel your nerves, you can survive the game. But if you are jumpy when it comes to horror, you will end up dying a lot on Pineview Drive.

This sounds like a revolutionary mechanic on paper. Sadly, so did communism. I located numerous flaws in this, but I will get there later. The game starts out with a brief tutorial of how to collect items. You start by fetching some items out of your car and finding a key to the front gate. Right there I knew that the learning curve would be low seeing as how it acts like almost every other point and click adventure I’ve ever played.

Once I was inside the gate I was free to go about my business. I started by wandering the grounds outside of the mansion. I got my first taste of the new mechanic when a vase fell off a nearby window and I jerked the trackpad in that direction. I saw my life bar drop by a significant chunk and was instantly impressed. Life slowly replenishes over time and by the time I got done grabbing random keys from outside I was ready to face my next challenge.

Truth be told, I was disappointed by what happened next. When I walked thorough the door I started looking around the main foyer. As I was moving the camera around to see my surroundings a scary noise played, dropping my health. At first I brushed it off as a tiny glitch, they do happen. However this became a pretty common occurrence. I can’t count how many times I have been moving the camera to look through a room just to lose a life without taking my shoes off. I wasn’t scared. I was just moving around as part of the exploration part of the game. Yet Pineview recorded that as me jumping when in fact I was not going to jump at five bars of scary music.

One issue topped off the problems and drove the nail in the coffin of this game being a must-get title. There are no voluntary saves…anywhere…nor any convenient autosaves. Instead, it saves based off of a 24 hour game cycle. This completely destroyed the game for me. I spent what felt like an eternity exploring and gathering keys. Finally my computer was running hot and it went from morning to middle of the night so I thought I would be ok to pick it up later. When I restarted I was back in the tutorial. Not one ounce remained of the previous adventure.

I was hoping there would be a bed to accelerate time in or something of the sort. Sadly I was just having pipe dreams. This game really forces you to sit down for extended periods of time for one sitting. This is the best way to really annoy players, or to have players get burned out because they can’t play at their own pace. Very few people can sit that long and just play a game. If only that were true.

There were a few positives to the non-gameplay oriented part of Pineview Drive. Mostly the graphics lead the charge for the best parts of this title. The environment is gorgeous and the interior of the house looks amazing. On numerous occasions I got paranoid by looking at the well-designed scarecrows and other things of the sort.

Music in Pineview Drive was well scored and added to the mood. Combined with some dark corners and blind spots, you grow more paranoid as time passes. I think if most horror titles picked up a similar audio track then their scores would be bolstered.

In the end, this game made a nice attempt to change the genre, but ultimately was unable to do so successfully. More often than not, the players will get bored or just mentally check out and drift off into another train of thought. If you find this game on sale, go ahead and snag it. Pineview Drive meant well, it just came up short of its potential by a substantial amount.