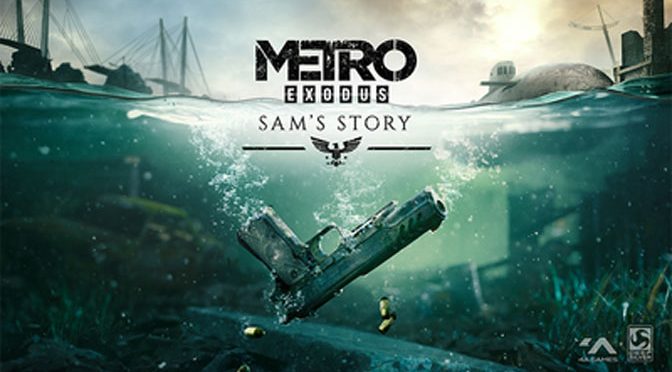 The Metro Exodus game was really a triumph for the series, taking us out of the cramped Metro tunnels and into the slowly recovering world outside. Our motley crew zoomed across Russia in an old steam engine and eventually found themselves a new home. A few questions still remained however, and the two DLCs are attempting to clear them up, while also adding a little bit more action and adventure to this beloved series.

The first DLC was The Two Colonels, and, if I am being totally honest, was a bit of a disappointment. As I pointed out in my review, it almost seemed like 4A Games was trying to win some type of award, like an Oscar or something, instead of providing a solid bit of gameplay. While the theatrical cut scenes in The Two Colonels are pretty amazing, they made up far too much of the DLC. The actual gameplay was limited to a few set-piece battles where your ability to affect the outcome was almost nonexistent, and some far too drawn out levels where you spent most of your time burning slime away from sewer tunnels like a plumber in hell. 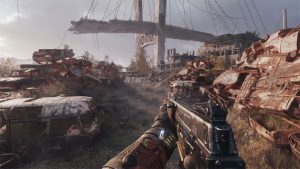 Thankfully, Sam’s Story makes up for the sins of The Two Colonels. It gives us some amazing open world gameplay alongside a satisfying story. But the focus is the gameplay and the combat, and Sam’s Story has got plenty of it. I almost had more fun with this DLC than I did with the core game.

Sam’s Story follows our favorite US Marine as he attempts to leave Russia behind, where he has been trapped for over 20 years following the dropping of the bombs. Throughout the main game, the realization that life is starting again on the surface leaves Sam wondering if his family, and especially his father, might still be alive back in San Francisco. He also talks about surfing and just wanting to go home should you bother to chat with him during the long train rides in Metro Exodus. The Sam’s Story DLC finds him heading off on that adventure, leaving behind the little paradise the group finally settled. Instead, he is bound for Vladivostok, a coastal city where he hopes to find a vessel seaworthy enough to take him across the Pacific.

Vladivostok is pretty wrecked, though not too radioactive. Apparently most of the bombs missed the city, but triggered a tidal wave that wiped everything out anyway. Because of that, many of the places you visit during your adventure are at least partially flooded, and some are only accessible by boat. Thankfully you get a boat fairly early in the game, and this one has a motor, so no stupid rowing this time around while getting attacked by shrimp. You can pretty much outrun everything in the water. 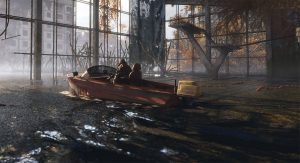 Very quickly in the DLC, Sam is able to hook up with a surprise ally, a fellow American who has taken over a Russian nuclear submarine. The only problem is that it’s almost out of fuel, and the only person who knows where the new fuel rods are located is the former captain who was expelled when the new gang took over. There are some morally ambiguous elements to Sam’s Story, but at least initially, your tasks are fairly straight forward: finding the old captain and getting him to take you to the fuel rods. Then you should be able to ride the sub across the ocean in style. There is a lot more to the story than that, but those are the highlights. 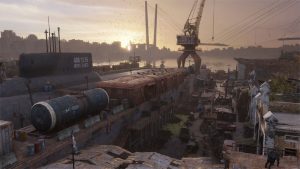 Sam’s Story offers a fairly large open world. It’s a lot like the river level you first come to in the main game, but much more interactive and better designed. Later on in the game you will get into some fights in cramped quarters, but for much of Sam’s Story you are free to explore the open world around Vladivostok’s flooded ruins.

Gameplay in Sam’s Story is really good. Vladivostok is basically like a single level of the main game. Considered in that light, Sam’s Story is among the best that Metro Exodus has to offer. The landscape is believable and littered with hidden treasures, side quests, boss battles, random encounters, planned storyline combats and a mix of land-based and motorboat travel. 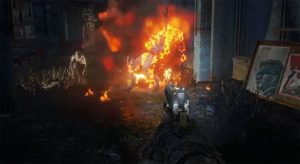 For most of the game your gun choices will be limited, though the guns you have access to are a lot of fun. You get a new weapon which is a heavy duty assault rifle modified to be able to fire phosphorus rounds that set mutants blazing with one or two shots. All the mutants in Sam’s Story are highly flammable, so that rifle can be a great equalizer in tough encounters. You also get a US service pistol, which kind of looks like an old .45 from World War II. You can heavily modify both weapons during the game to completely change their characteristics with parts you will easily find. I transformed my assault rifle into a capable sniper’s gun for taking out bad guys and mutants from a distance with flaming bullets, while my pistol was turned into a silent assassin’s weapon for quiet, close range work.

You also have access to a shotgun, though I never found any modifications to give it more than two barrels. Still, it works well in close quarters if you can find time to reload between shots. Later in the game you can obtain an actual sniper rifle if you are willing to give up one of your other weapon slots (don’t lose your fire-spitting assault rifle). And then very close to the end you will find other weapons from the core game in the hands of opponents. By the time some of those old favorites start to show up, there is almost no reason to use them as you are within 10 or 20 minutes of finishing the game. 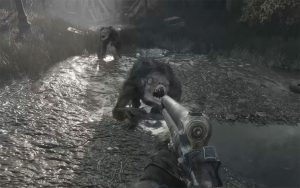 There are also some new monsters which keep things interesting, although most of them are variations of creatures we have seen before. The evil spiders that haunt dark places are back, only a few of them now generate EMP fields that shut down electricity and devices in the area, including your helmet flashlight or night vision. They also shoot lightening, which is troublesome when fighting in near pitch darkness. Thankfully, they are highly susceptible to fire like most mutants of the Vladivostok wastes. And there is also a flying creature, like a giant bat, that can summon swarms of vermin to attack you from the air, and also disappear at will. All these ramp up the difficulty but also make the game more fun, and at times, frightening.

[amazon asin=B072JYVYGH&text=Enjoy some great shooter gameplay with a copy of Metro: Exodus and the Sam’s Story DLC from Amazon!] 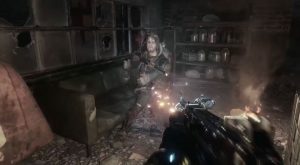 There are only two things I didn’t like about Sam’s Story, and both of them are relatively minor. First, the DLC has an inordinate number of boss battles where you get stuck in an arena-like setting and have to kill a boss monster (which is normally flying or skittering around out of bounds) before you can proceed. The bosses have tons of hit points and even minions, so these battles can be needlessly protracted. Given that I was using a sniper build with my main weapon, these were pretty difficult for me since it was basically close quarters combat. I did get through them, but died a couple times here and there. 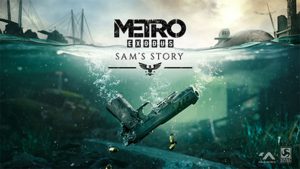 Secondly, I have a little bit of a problem with the ending to the game. The so-called “good choice” involves doing something that I consider completely dishonorable, and basically leads to the death of people who have done nothing to you, and to which you have given your word. The “bad choice” involves keeping your word and eventually getting a ride back to San Francisco. If you ask me, the two moral choices are reversed.

Possibly odd endings and difficult boss battles aside, Sam’s Story is an amazing game. You have about eight hours or so of some of the best Metro gameplay packed into this tight DLC. When I finished it, I wanted to jump back in and play it again. As such, Sam’s Story earns 4.5 GiN Gems, the same as the core game, although in truth, in a lot of ways it’s actually slightly superior. If you played Metro Exodus and liked it, do yourself a favor and experience Sam’s Story too. It will let you complete the Exodus storyline in grand fashion.