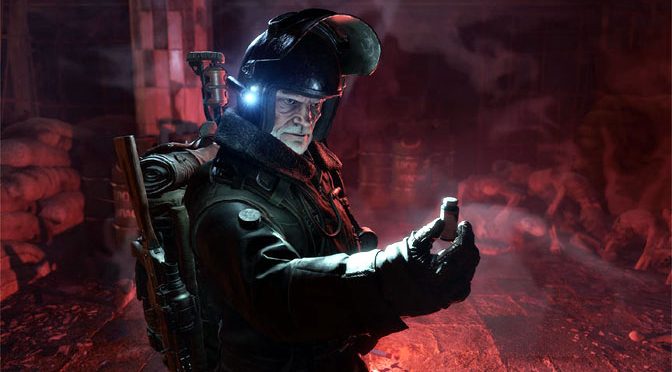 Last year, fans of the Metro series got treated to Metro Exodus, a game that took the much beloved series out of the cramped tunnels of the Moscow Metro and into a harsh, though sometimes beautiful, countryside that had been blasted by both a nuclear war and winter. We learned that while the area around Moscow is completely uninhabitable, that there are relatively nice areas deep in the interior where life on the surface is possible. We got to explore that in our customized, beat-up beast of a train, which made for a perfect clubhouse to relax in between missions. 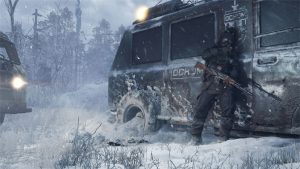 Metro Exodus ended on a high note, especially if you followed the complicated and somewhat hidden morality system embedded in all of the metro games to date. If you did good and helped people out, then there would be enough people still around in your group to keep you alive with blood transfusions after you got the antidote needed to save your wife. And of course you finally found a peaceful spot that was free of radiation where you could start to rebuild your life on the surface. Only your father-in-law, your colonel and commanding officer, makes the ultimate sacrifice in the end. 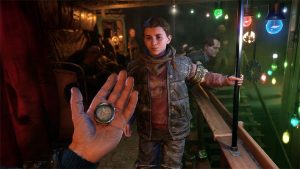 The ending for Metro Exodus left plenty of room for a sequel. Some of the main characters even talk about it prior to the ending, debating about whether they should undergo a new mission back to Moscow to let people living in the Metro know the truth about the world, which would go against the wishes of the current government that is keeping everyone imprisoned and controlled underground. Presumably you would also rescue them somehow, though even your characters know that doing that would be a colossal operation. And then those people would also require massive support like food and medicine once they got to the surface.

[amazon text=Pick up Metro Exodus for the platform of your choice from Amazon!&asin=B072JYVYGH]

It sounds like the operation to free the Moscow Metro is too much for a short DLC. Perhaps it will be the focus of the next full Metro game, assuming one gets made, which I hope it does. Instead, the first DLC, entitled The Two Colonels, is a mostly story-based look at the final hours of two exceptional men who sacrifice themselves for the good of their family.

The first colonel is obviously your father-in-law, Colonel Miller. We know that he dies at the very end of the last game, but not all the circumstances that led up to that event. The other colonel is the father of the boy you meet in the Novosibirsk Metro tunnels near the end of the game, Colonel Khlebnikov. We aren’t really sure what happened to Khlebnikov, though the fact that he never returned to his son after his final mission to find fallout maps is pretty telling. 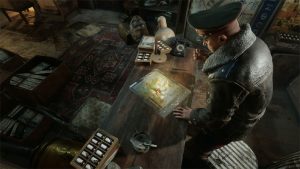 The story takes place in two different time periods. Miller exists in present day just prior to the end of the Metro Exodus main story while Khlebnikov’s tale stretches back a full year to when his metro station community was alive and well, and goes up to his last mission a month before your group arrives. The game does a great job of transitioning between the two of them. In one poignant scene, Khlebnikov drops a vial of the anti-radiation drug he is using on his son. It slowly rolls across the floor and is picked up by Miller months later in a nice transition. There is another very powerful moment where the two colonels come together in the same timeframe, but I won’t spoil it. 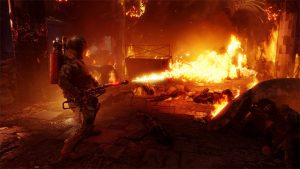 While I appreciate the moving story presented by The Two Colonels, the gameplay aspects are a bit of a letdown. Miller is used to advance the story, so you don’t really get to play as him, only watch. Khlebnikov is playable, but many of his fights are smaller set-piece battles where the end result has already been decided by history, and where you are really more of an observer than someone who could turn the tides. You do get to play a couple full levels as Khlebnikov, and the game introduces a new weapon, the flamethrower, which acts as both a capable weapon and a utility tool providing light and clearing passageways of an odd slime growing on everything in Novosibirsk. 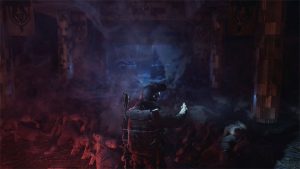 The Two Colonels is extremely short. There are perhaps five hours of mostly linear gameplay in it, and at least an hour of that is taken up watching long cut scenes or wandering around in story-based mission areas. I am not saying that The Two Colonels isn’t good. In many ways it was more than I was expecting in terms of story. But it was also lacking in gameplay. It was almost like watching a really good movie, but one with a few interactive elements. That makes for a nice experience, but not really a great game. 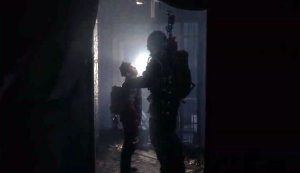 Let’s hope the next DLC, which is supposed to follow Sam as he tries to make his way back home to America, has a little bit more action. Given that he is trying to find a ship in Vladivostok’s tsunami ravaged harbors, I think we might be in for a wild ride, which would complement the more gloomy storyline and final ending of The Two Colonels nicely.