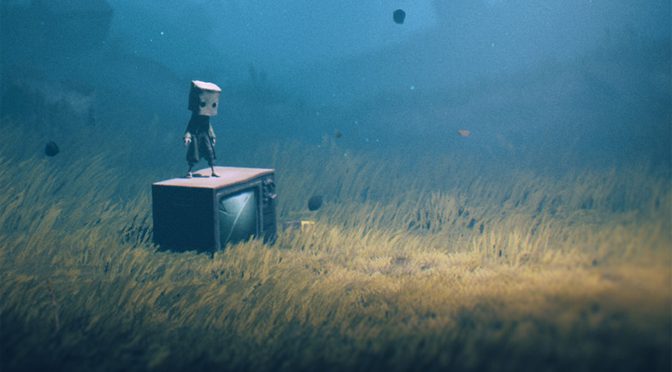 Much to the joy of those who enjoy the genre, horror games come in many flavors these days, from bloody shoot-em-ups like the remade DOOM to deeper puzzle adventure games like The Medium, and even hybrids like Control. Little Nightmares II brings us yet another take on horror gaming with a platformer interface and a slant towards the kinds of nightmares and fears that populate many younger children’s dreams. That is not to say that adults will not find the game scary or even downright terrifying at times, just that the lens that the story is told through is that of a younger child. Most players will likely enjoy this new look at the typical horror genre. 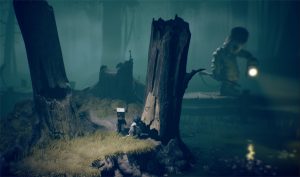 In terms of direct comparisons, the game is most like Limbo, which is also a side-scrolling adventure set in a mysterious world where almost everything is a threat to our tiny main character. In terms of the story, if you played the first game, then you know a little bit more about what is going on in this dark world, but probably not too much. Jumping in fresh with Little Nightmares II is not a bad thing because so much of the world is unexplained, or explained very subtly as you play. Even then, you are left to reach a lot of your own conclusions. 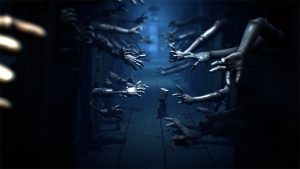 You play a young boy named Mono who is trapped in this dark, nightmarish hellscape of a world. Eventually you will find a girl named Six who will travel with you and help out by giving you a boost at times to get to higher areas. The only reason I know their names is by reading about them on the Steam page. The game does not tell you much of anything, and there is no dialogue other than the two kids occasionally softly calling out to one another to grab their partner’s attention. Bandai Namco did attempt to explain everything in a video if you are interested.

Suffice to say that the game world is populated by nightmares that mostly affect children. Though some adults have similar fears, and you will be afraid at times while playing the game, they tend to revolve around things like fear of your teachers, or bullies in school, scary doctors and stuff like that. There are a few more traditional villain types thrown in for good measure, like a taxidermist who serves as the game’s first boss. 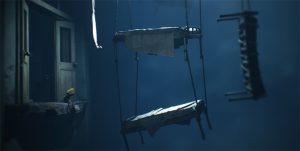 The gameplay is best described as a side scrolling platformer, though the game makes good use of vertical space as well. It’s pretty generous with the leap timing too, as Mono is able to make some pretty impressive jumps given his size. More than once I thought I was dead for sure, and the game kind of scooted me closer to my landing spot. And while big falls will kill you, you can tumble down a surprisingly far way and still get up unharmed. There are no hit points in the game, so either you are alive or you aren’t. I liked that all-or-nothing approach because it saved me from having to do things like finding healing potions or keeping track of my health in combat. 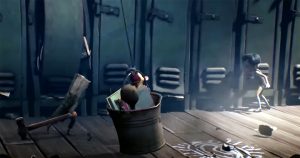 That said, almost everything in the game can kill you. The world is filled with traps which either need to be avoided, circumvented or triggered in a safe way. Then there are typical enemies like other children who are your size, but who are nonetheless ruthless and will beat you to death if they grab you. You can fight them with various objects like hammers you find laying around, and when you smash them they shatter like porcelain dolls, so whether or not they are actually alive to begin with is an open question. Timing when to swing your hammer is a critical skill to master. 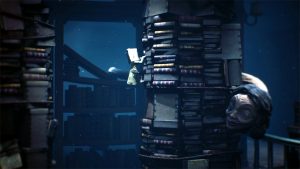 Then there are bosses, which kind of represent how children sometimes see adults. You normally get hints about the boss who commands an area when you first enter a new zone. The game does a good job of building up the tension by showing you their handiwork before you actually meet them. Bosses are huge in this world, like giants compared to your kid-sized character. Unlike the little enemies, dealing with bosses normally involves a drawn out affair where you will have to run and hide while they attack you, or stealthily sneaking through an area while they try and find you. This often takes places many times leading up to a final confrontation where you can finally escape their zone and head off to the next nightmare area. 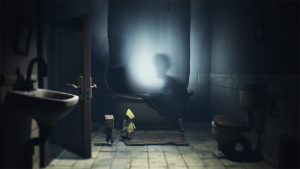 There are also a fair number of puzzles in the game, though they are not all that difficult to solve. The puzzles themselves are normally pretty creepy. My favorite was a huge chess game where you have to put an enemy king piece into checkmate. The king has a dead child lashed to it wearing a golden crown for extra creepiness. First you have to find the tops of the pieces, and then put them into the right order on the board. The game gives you a pretty big hint about how to solve that one in the form of a diagram that is also somewhat hidden. I had solved the puzzle before I found the hint, but it’s nice that the developers don’t want players getting stuck.

In terms of platforming skills, you don’t have to be a master. This is not Cuphead where you have to be very precise with every jump. Yes, there are some challenging sequences where you may have to die repeatedly until you figure out the mechanics of the level and where you need to go, but those are pretty rare. And if you die, you only get moved back a little bit in the timeline, with no other consequences. I don’t really enjoy extreme platforming, but had no trouble with those elements in Little Nightmares II. That said, using a controller is highly recommended if you plan to play on the PC. 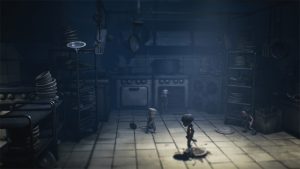 Without a doubt, Little Nightmares II is a scary game. Although you play a child, this is not a game for children. The horror is a little more subtle than in most titles. It’s a horror of feeling powerless and insignificant in a huge world. I remember feeling like that as a child at times, like when I had to brave the first day of school. It’s an area that is not often explored in video games, and Little Nightmares II does a perfect job of creating it. 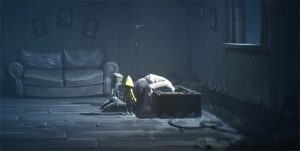 Little Nightmares II is a fun game to play. It may not be the ultimate title in any one genre, like platformers, puzzle games or even horror titles. But it mixes elements of all that together into a distinctive and somewhat terrifying experience that is pretty accessible to players of any skill level. It’s certainly a unique experience, and not one that gamers should miss playing.