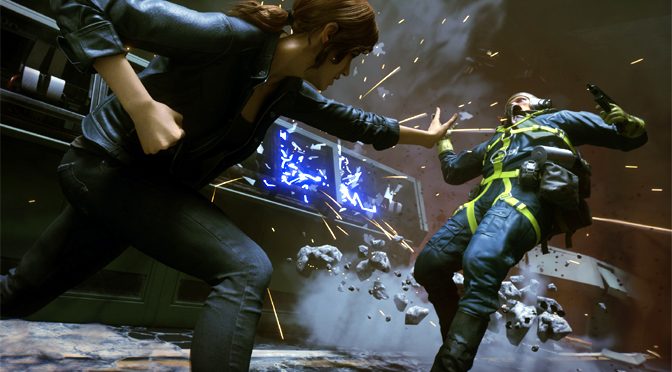 When Control came out last year, it really didn’t achieve the popularity that it probably should have even though it won over 80 critic awards. Control is an extremely clever and visually stunning game with great third-person shooter mechanics that mix might and magic together in a mysterious but believable world. Remedy Entertainment has now released the Control Ultimate Edition, which contains the main game and all previously released expansions including The Foundation and AWE. It’s also now finally available through Steam, where a lot more PC gamers will likely access it following the timed exclusivity for the Epic Games Store.

It’s also where I personally am starting with the series, having missed the original release. So I didn’t really know what to expect, though I did love playing some other Remedy games in the past, especially the Max Payne series. Control plays very similarly to Max Payne, though it’s much more advanced in so many ways. 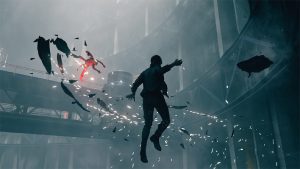 For a shooter like Control, I was surprised at how much of an emphasis there was on story progression, or how very clever and cool the game world is. Most of the game takes place inside the government’s Bureau of Control headquarters in New York. But you quickly learn that the building, which is basically invisible or at least unnoticeable from the outside despite being positioned right along a busy street, is actually an interdimensional space called The Oldest House. The government figured out how to manipulate the space to look like a somewhat typical government facility, though the internal façade is apparently pretty fragile.

You play Jesse Faden, who is voiced expertly by actress Courtney Hope. She does a great job bringing the character to life, projecting both strength and vulnerability at times that make her seem like a real person dealing with some crazy situations. You have apparently been looking for the Bureau for many years because they abducted your brother when you were a child, or at least took him away following some large supernatural incident. When you finally find their HQ, it’s under attack from a mysterious enemy known as The Hiss, which threatens to destroy the entire world should it ever get out of the building. 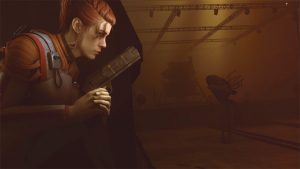 You will find out how clever the game is right from the start. While exploring the seemingly abandoned lobby, you will see large pictures of notable employees that are typical in federal buildings. So there is one of the facility director (you will see his picture a lot) and another of the head scientist. But there is also one of a janitor with his back turned away that is simply labeled The Bureau at Work. So I was wondering what that was all about.

After exploring some creepy, abandoned offices and collecting some reports about strange events, like one where an employee found a great white shark materialized inside their office, or another talking about the dangers of carrying number two pencils and other cultural icons inside the facility, I eventually heard someone singing and started in that direction. All of the reports are heavily redacted too like you see in some classified government documents, so you never know for sure what they are fully saying.

The singing came from the janitor from the picture, and after speaking with him briefly, he told me to apply for the position of assistant janitor and sends me away. Back in the lobby, the building has changed. The picture of the janitor is gone, replaced with an elevator that goes deeper into the facility. Creepy! 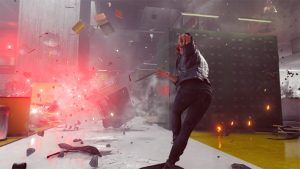 There are so many cool things like that in the game. For example, before long, you actually get named the director of the facility by the house, after a quick test in the astral plane, since the former director kills themselves just before you get to their office. Thereafter, all of the pictures of the former director are replaced throughout the entire facility by ones of your character. And any surviving employees immediately know that Jesse Faden is now in charge. How quickly they accept this instant promotion is kind of creepy in itself, like it’s just a normal thing to them. But there is a huge backstory about what is going on, which you can learn if you pay attention while you play, and read every report that you can find.

Once you start adventuring, you will eventually encounter The Hiss, which is a supernatural force that corrupts people though sound, causing them to float in the air and repeat a strange chant or mantra. The Hiss also conjures the former guards and soldiers stationed at the facility and sends them against you in waves. 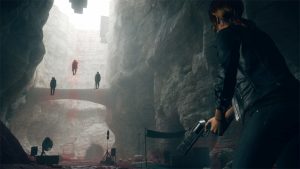 Thankfully, you are given an amazing weapon by The Board, which are these powerful aliens who live in the astral plane and are, sort of, the good guys in this tale. Your gun is made of little building blocks which can be configured into different forms that you can unlock as you adventure. So it can be like a pistol or a shotgun for example. There are also lots of mods that you can find which enhance it, like adding extra projectiles or increasing damage against armor. One report I found theorizes that the gun, which is simply called The Service Weapon, is actually a historical artifact that shows up in times of great peril, and that it once manifested as the sword Excalibur, so it’s a powerful thing indeed. As you defeat enemies, you earn shards which can be used to modify the weapon, so the more you kill, the more you can improve your gear.

You will also develop some badass powers along the way. Earning new powers is sometimes tough, but very worth it. They let you rip up huge objects and hurl them at your enemies, charge forward and smash into people with a thunderous crash, shield yourself and even fly, plus other cool stuff. Between The Service Weapon and your magical, technically telekinetic, powers, the game offers some epic firefights where the environment is often your greatest weapon if you are clever enough to use it. 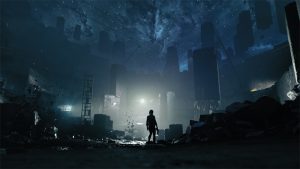 Graphically, the Control Ultimate Edition is amazing, even stunning. It’s intense on hardware though. Our high-end gaming PC ran the game a little sluggishly on the ultimate settings. Toning down the graphics, especially for things like shadow details, helped tame it without losing much noticeable quality. Even running on medium, the game looks great.

You might also consider disabling motion blur. Besides making some players sick, it actually seemed to make the world look a lot better. 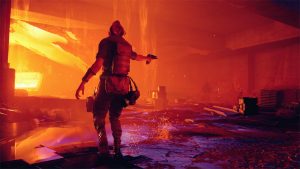 I’ve already talked about the sound and the great voice acting, but another feather for Control’s cap is that Former Director Trench becomes a main character of sorts even though they are dead. You can listen to him through lots of video clips that you find. And get this, the voice actor is James McCaffrey who also voiced Max Payne. He brings his gritty, super-serious tones to the game in a way that induced chills every time I heard him speak about the Bureau, The Hiss or the general malaise that his work forced on him. Kudos for including this great actor in another Remedy title.

The expansion packs blend seamlessly with the main Ultimate Edition game, adding more levels and content which is also an extension of the main game’s story, puzzle and combat loop. Probably one of the best things that Control does is to blend narrative and action into a seamless package. 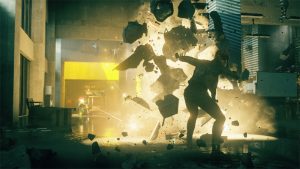 Control Ultimate Edition offers an exciting and unique gaming experience in a beautiful package. This is easily one of the best games that Remedy has ever made, and that is coming from a hardcore Max Payne fan. If you like third person shooters at all, then check out Control. It’s easily at the head of that class.