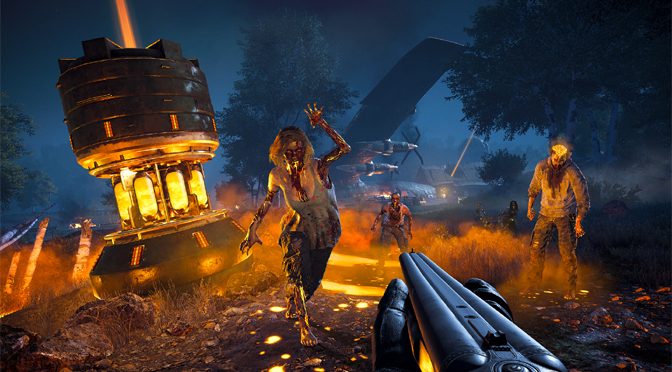 When Far Cry 5 was released, there were lots of offers made on the pending DLCs, all of which promised to offer something different in terms of gameplay and story. In a lot of ways, what Ubisoft did was pretty unique. Not only were the DLCs released as standalone stories after the core game, but other than Lost on Mars, they didn’t really touch the story or characters from Far Cry 5 at all. And for quite a few reasons, this is both a good thing, and also very, very bad. 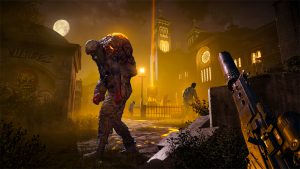 The first DLC from the group of three that was released was Hours of Darkness. It offered a mostly open world Vietnam scenario, but with heavy, and optional, stealth elements. Sadly, this was probably the best of the bunch, especially if you consider the target audience of hardcore Far Cry 5 players that loved the base game so much that they bought the DLC or the entire season pass. Next came Lost on Mars, which added some interesting elements like lowered gravity and alien weapons, but was fairly boring compared to what we experienced in the core game.

Which brings us to the last of the bunch, Living Dead Zombies. This one probably had the biggest potential, especially given everyone’s love of zombies these days. Sadly, its also the weakest of the bunch. 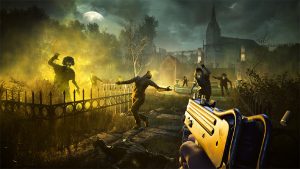 I know when I heard about Far Cry 5 zombies, I was thinking that Ubisoft would mine their incredibly rich open world from Far Cry 5 and populate it with the living dead. Imagine defending outposts from undead hoards, racing across zombie-infested highways, hovering over a mass of them in a chopper and trying to figure out where to put down to complete a mission. It would have been pretty epic, not unlike when Red Dead Redemption released the Undead Nightmare DLC, only, probably, better. It could have even been like Dying Light, only without all the parkour.

Unfortunately, Ubisoft didn’t do any of that. Instead, this is a series of seven very small, linear maps with only the briefest of stories to connect them. You are basically playing movies that only exist in the mind of Guy Marvel, that director you might have worked for in the main campaign on a couple side missions. He is in the process of pitching some really terrible movie ideas to directors, and you are tasked with playing those scenarios. And because Marvel pretty much sucks as a director and film creator, so do the missions. Or maybe because the missions suck, Ubisoft centered it around Guy Marvel so they could pretend that they meant to do that all along. Who knows, but the end result is that the scripted, short and linear gameplay probably wont appeal to Far Cry 5 players.

Each scenario plays out the exact same way. Your character must get from point A to point B and there are tons of undead along the way. There are also generators that spawn even more zombies, so you have to run into the middle of a hoard and shoot these little yellow bottles to get them to stop spawning. The bottles are highly bullet resistant, and long range shooting does not seem to work on them (plus they specifically don’t put anything like a sniper rifle in any of the scenarios that I found). So you have to run up into the middle of a pack and try to shoot the generators from all sides before you get overwhelmed. It’s not overly difficult, but pretty mind numbingly boring after a very short time. 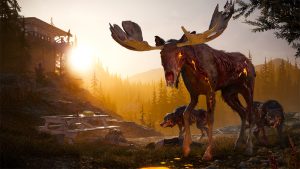 The scenarios do get progressively better over time, though none are particularly great. It’s much more Left 4 Dead (only much worse) than Far Cry for sure. There are a few jokes along the way, like spawning an undead Blood Dragon at one point that you have to fight, but no real redeeming qualities. Why Ubisoft decided to trash all the great work they did with Far Cry 5 and not use any of it in what could have been an epic zombie experience is beyond me. The angels in the game were pretty much zombies anyway, so why not use them here, but in huge numbers with some cool new scenarios dropped in for good measure. They set off a nuclear bomb at the end of the game, so having zombies roaming after that would have made a lot of sense.

Far Cry 5 Living Dead Zombies is not a terrible DLC. But without the connection to Far Cry, nobody would have given it a second glance. The fact that it has nothing to do with the core game, and has none of the open world gameplay, is simply tragic – a real brain dead move from Ubisoft if you forgive the pun. So it’s not about how good or bad the final DLC is, but how good it could have been. And that is just too sad to think about. Unless you really love all things zombies, this one should probably be a hard pass for most players.

One thought on “A Mixed Meat Bag with Far Cry 5: Dead Living Zombies”