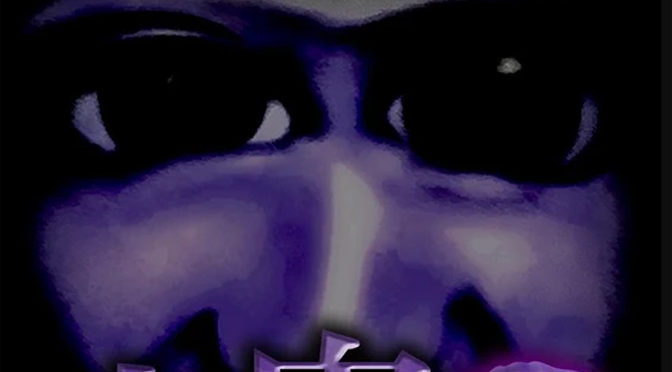 My time wasting this week was focused on my smartphone as I experienced the survival horror game Ao Oni 2. This is a sequel to the first Ao Oni, which I had never heard of before this. It was evidently a freeware game that came out back in 2009 and was a bit of a viral success. Guess it was one that I never noticed, which isn’t a surprise since the game is most well known in Japan.

Having never played the original Ao Oni, I won’t be able to really compare Ao Oni 2 to it. However, from what I could figure out, the new game basically just reuses the characters from the first game for an unconnected sequel, but I may be wrong about that. It’s kinda hard to keep track of the story due to the huge amount of fan games that are out there and the debated status of what is canon and what isn’t. There are even movies and an anime based around the first game.

What I do know is that Ao Oni 2 has a group of students entering an abandoned school to investigate the weird rumors surrounding it. It’s kind of a test of bravery to see who can make it the whole night. The group is followed in by their teacher, who overheard their plans. Once inside the school, the group is attacked by the Ao Oni and are separated.

The main goal of Ao Oni 2 is to try and find a way out of the abandoned school building. This requires the players to solve puzzles and avoid the Ao Oni in the process. The puzzles are pretty basic and avoiding the Ao Oni just means that players have to outrun him for a certain period of time. They also have the option of hiding in lockers, but that doesn’t always work.

The controls in Ao Oni 2 are easily the biggest threat in the game. The Ao Oni is just as fast as the player and if it catches you, it’s game over. This wouldn’t be so bad, but the virtual joystick in the game for movement moves with the player’s finger. This makes it hard to easily navigate through the building during a chase. I’ve seen other games use a virtual joystick that stays in the bottom corner of the screen and that definitely should have been what this game did.

Even with the setbacks of getting caught by the Ao Oni, players won’t have too much trouble with Ao Oni 2. This is mainly due to the ability to save anywhere. Honestly, save as often as what seems reasonable. The Ao Oni appears at random and I’ve had moments where I walk into a long hall from a side room and get instantly caught. It’s annoying, but not a game breaker.

There is one aspect of Ao Oni 2 that really turns me off, though. The translation. I’ve read some pretty bad ones is my day and this isn’t the worst I’ve ever seen, but it still bugs me. There are just a lot of small grammatical errors throughout the game that just stack up over time. Heck, even the game itself is called “Ao Oni2” instead of “Ao Oni 2” on the Play Store and App Store, which is a red flag for grammar Nazis everywhere. Luckily, the bad translation never gets in the way of the puzzles.

Horror game fans that are interested in Ao Oni 2 may want to hold off for a bit before checking the game out. See, it allows the player to take on the role of any of the characters in the game. However, only one character, Hiroshi, is currently available. This is a bit of a downer because it means that players can’t get the perfect ending for the game in its current state.

Ao Oni 2 also includes ads and in-game purchases, because why not? I understand the ads, the developer has to make money somehow, but the in-game purchases just seem stupid. All it is is getting the player to spend real-world money so that they can put a different skin on the Ao Oni. I wouldn’t be as bothered by this, but the game has several safes that players can run into while playing and these are what prompt the player to buy the coins used for transactions. It just kind of felt like a ripoff when I saw this safe and started getting excited for what I was going to get from it, only to be met with that. Seriously, just throw that option on the opening menu and let players that don’t give a dang forget about it.

Ao Oni 2’s graphics aren’t bad, but they aren’t exactly great either. It all has this kind of amateur look to it that was present in the first game. It’s been eight years since then and it seems strange to not give the graphics an overhaul during that time. Also, the Ao Oni doesn’t exactly come across as scary or creepy to me. It kinds just seems lame. Like it was made as a joke, but the designer just said “what the heck” and went with it.

There’s not much to talk about with the audio in Ao Oni 2. Sure there are sound effects for opening doors and doing others things, but that’s about it. Honestly, I’m not saying that this is a bad thing. The abandoned school being eerily quiet makes sense and it adds to the game’s atmosphere. Think of this as one of those cases where less is more.

Overall, I found Ao Oni 2 to be an alright experience. It never had me at the edge of my seat, but it did entertain me for a couple of hours. I’d be more interested if the entire game was actually there. The visuals could also definitely use a refresh, but that doesn’t change the fact that its an okay game.