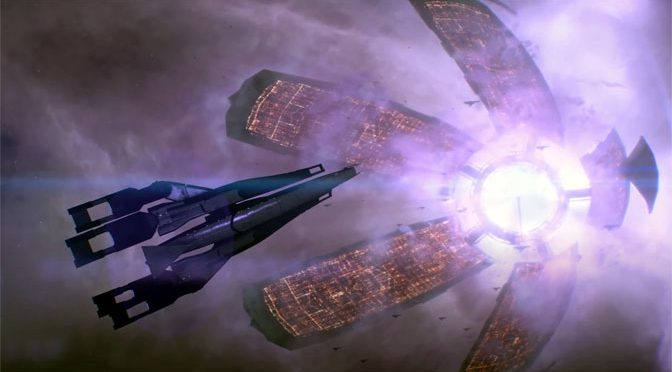 A lot of older games get remade into HD versions these days. We’ve reviewed quite a few, from SpongeBob to Assassin’s Creed. Most of the time, being able to play with upgraded graphics is pretty nice, but not really a big deal overall. In the case of some titles like the aforementioned SpongeBob Battle For Bikini Bottom Rehydrated, many of the unfortunate flaws in gameplay come along for the ride which blunts the improved graphical experience. 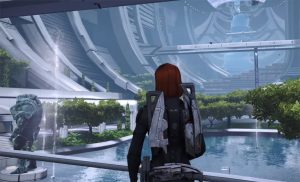 The situation with the Mass Effect trilogy is different however. First off, the core games were amazing, with detailed stories and choices that really did matter (up until about the last five minutes of the series at least.) Being able to relive and remember those stories once again with a brand new graphical interface is really a treat. Plus, you can make different choices this time around, playing a completely different Shepard if you want. The games really pushed the envelope visually at the time, but over the past decade technology has improved so that the visual differences are really striking once again when playing the legendary edition. 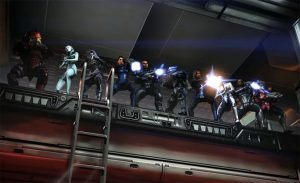 Secondly, BioWare did more than just put a new face on the old games. They actually made quite a few key improvements. This is especially noticeable in the first and oldest game of the trilogy, which was easily the most flawed. For example, originally the aiming reticle for your weapons was more of a guideline and the projectiles would kind of hit within a fuzzy area around where you were aiming. Now they are extremely precise, as one would expect from futuristic sci-fi weapons. In the first mission, I was plugging away at the drones and accurately bringing them down like a trained Systems Alliance Navy hero would certainly do. 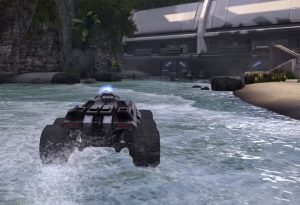 Another big improvement is the physics of the M35 Mako vehicle, which was a sloppy mess in terms of control in the original game. Now it drives much more precisely, especially up steep inclines. And its vertical and horizontal boost thrusters are also a lot more helpful. It still feels like a tank, but a little less like a battleship stuck on land. You are still going to wrestle with the controls a little bit, and I still got suck in craters from time to time and had withdraw to the Normandy and re-drop, but it was manageable while still keeping the off-roading fun feelings intact. 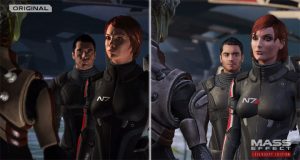 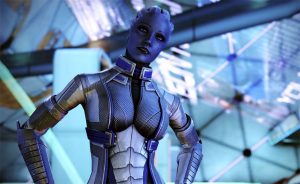 Some improvements have also been made to the later games in the series too. In the third game, there was a controversial requirement to play in multiplayer in order to get your “galactic readiness” up to 100 percent so that you could fight the reapers. And if you didn’t play multiplayer for a few days, your readiness would drop, so you had to keep going with it, at least as you were nearing the end of the game in single player. There is no multiplayer in the legendary edition, so that requirement was removed from the core game’s single player adventure. Now, doing activities and side missions in the single player game is all that is needed to boost your galactic readiness. And I for one am overjoyed at that change since I am not a big fan of multiplayer, especially when it’s forced on me.

The new legendary package loads up to a launcher screen, and from there you can play any of the three games. Almost everyone is probably going to start with the original adventure, but you could jump in with part two or three if you really wanted. Of course the storyline for all three games are linked, so playing all three in order is pretty much like playing one huge mega title with hundreds of hours of available content. 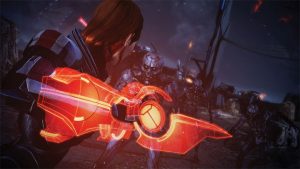 BioWare has also thrown everything including the kitchen sink into the legendary edition. This includes over 40 DLC content packs plus weapons and armor across all three games. In terms of DLCs, you get Bring Down the Sky, Genesis, Zaeed — The Price of Revenge, Kasumi — Stolen Memory, Lair of the Shadow Broker, Firewalker Pack, Overlord, Normandy Crash Site, Arrival, Genesis 2, From Ashes, Mass Effect 3: Extended Cut, Leviathan, Omega and Citadel. 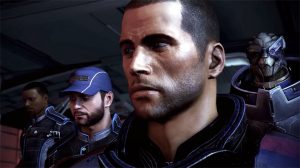 And you even get some of the gear that was originally a bonus for purchasing or pre-purchasing the game from specific retailers like GameStop, Amazon or Walmart. This includes the Cerberus Weapons and Armor pack, Arc Projector, Collector’s Weapon and Armor, Terminus Weapon and Armor, M-21 Incisor, Blood Dragon Armor, Inferno Armor, Recon Hood, Sentry Interface, Umbra Visor, N7 Warfare Gear, AT-12 Raider, Chakram Launcher, M-55 Argus, M-90 Indra and Reckoner Knight Armor. 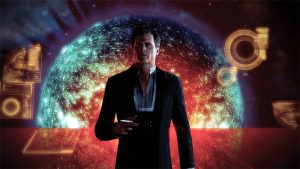 I really didn’t expect to fall in love with the Mass Effect games again. I figured I would take a look at the new graphics and maybe play a little bit before moving on. But I was hooked on the series again from almost the first few minutes with the updated game. Graphically, everything looks new again. Walking the hallowed halls of the Normandy or exploring the pristine corridors of the Citadel feels like a brand new experience, and more than enough time has passed for me to forget at least some of the intricate storylines that Shepard weaves as he travels. Before I knew it, I was well into the second game and heading for the third. 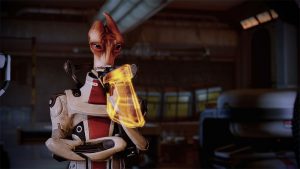 Now, there was one major controversy in Mass Effect that was never really resolved, and that was the almost comedic three choice, choose-your-own adventure ending where you basically push one of three buttons to decide the fate of the galaxy. No matter if you were paragon or renegade, competent or an idiot, you get the same basic ending choices. It was as if our empire of choices suddenly didn’t matter anymore. That is still a problem with the legendary edition of the game, despite having the tacked-on ending DLC cinematics that were supposed to make it all better. However, knowing that, I can be resigned to that fate. Forget the ultimate ending and enjoy the story as you play. This is one case where the journey is the true prize instead of the finale. And your choices do matter to most of your friends and crew members along the way. If you keep that in mind, you will have a much grander time with the remade trilogy.

The Mass Effect Legendary Edition is one of the best remakes ever made. The developers recorded a community video about Mass Effect, and the reactions of the people they interviewed showed just how amazing this game series is, and how much of an impact it made on people when it was first released.

All of the amazing gameplay and role-playing found in the original games is here again, and vastly improved in some cases. Plus the games now look like modern AAA types of titles. Again, they looked fine even years later given how advanced they were at the time, but wow, how they look today is just incredible. 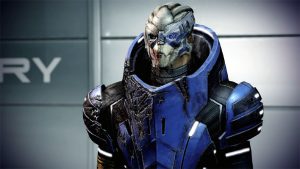 The Mass Effect Legendary Edition is our chance to play the hands-down best sci-fi space opera type game series ever made all over again. If you never played these games before, then you are in for a wild ride. And if you have, revisiting old friends and familiar places while saving the galaxy one more time is a special treat that you need to experience. Mass Effect Legendary Edition does about everything right, even covering up some of its old flaws. It easily earns a perfect 5 GiN Gems for letting us experience this highly-detailed, beautiful and deadly universe once more.