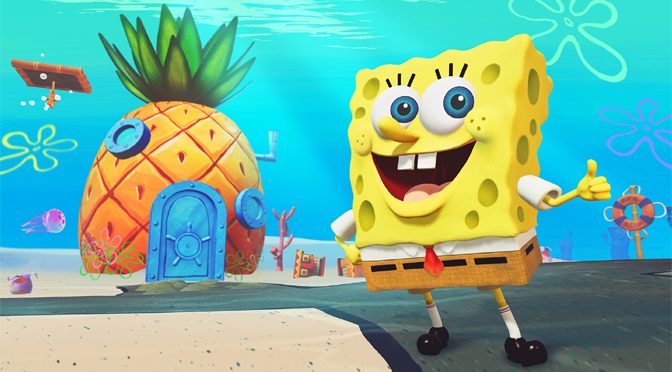 This review was harder than I thought it was going to be. In the interest of journalistic integrity, I want to admit I was not a huge fan of the show and, on some days, even detested it. This loathing of one of the most popular animated shows of all time does not factor in my review and I did my best to remain objective with it. And now, my review is (drum roll please)…Meh.

I’ve been told by the people who make more money than me that the review needs to be longer. So allow me to describe my reasons behind this grade. 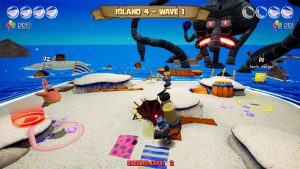 In my recent Skirmisher column, I wrote about the genre of games known as a collectathon. These games require you to roam an environment to collect a certain number of items or a certain collectable to advance in the story. This was popular around the N64, PS1 and PS2 generations. In fact, the original Battle For Bikini Bottom was released on the PlayStation 2 and even earned the “Greatest Hits” packaging. This shows very much in the revamping as it feels like a PS2 game.

This is not a compliment. 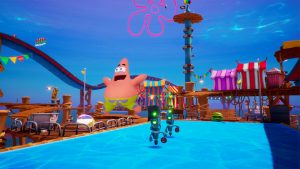 The graphics were not much better than it was back on the PS2 and, in some cases, some PS1 games. This game gave me a condition I call “I Miss X” syndrome. This disease occurs when you play a game and it makes you want to play other games of the same genre that are better. For me, I wanted to play Spyro and Donkey Kong 64 instead. SpongeBob just has that feel of a game that was pushed out for fans of the intellectual property to buy from that fact alone. 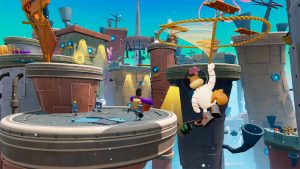 For those concerned about authenticity, the voice actors are the same from the show and they play the characters as you would expect. Music is about what you would expect to listen to as you roam the landscape looking for gems or notes or whatever this game wants you to waste time collecting. Overall, the experience was not fulfilling. 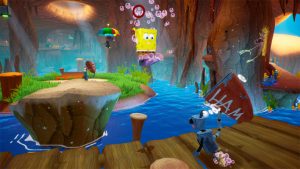 Even with the co-op feature that fellow writer Vincent Mahoney and I worked on lost its charm without funny commentary from us about the game and what we were doing. I also feel like this feature was wasted on a game like this when it could have been tried on a higher budget game. It is also hard to recommend this game to anyone that is not a diehard SpongeBob fan. Here are some questions and answers in the first edition of my long running segment called “Just play (this) instead” of this remade SpongeBob title: 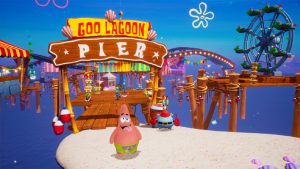 In other words, unless you want some sweet, sweet Sponge, I advise getting your collection fix elsewhere. Is this game bad? No, but it’s just a solid, uninspired, middle of the road mediocre game that happens to be tied to a mega popular cartoon. Instead of a remake of the old game, it might have been nice to get a brand new adventure, perhaps even a light RPG set in the SpongeBob universe. 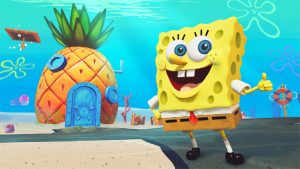 The price is not bad, but generally that is the most backhanded compliment you can give a game. Overall, I believe this game is polarizing for a lot of people and while I can see an appeal for fans, I think the average gamer should pass. SpongeBob earns an incredibly average 3 GiN Gems out of 5. I am sure that hardcore fans will still love the game, but really, its those fans who most deserved a lot more.