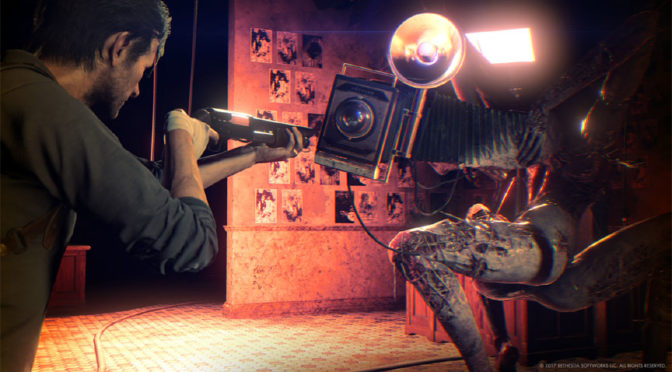 Horror is one of the genres that need perfect balance. People dislike movies or games that rely too much on jump scares. For most of us, it is easy to watch a horror movie in which characters fight for survival against monsters and supernatural forces. But what if you were there in that scene? Scary, right?

Well, not yet, because you can be a part of a similar scene while playing horror games. Unlike horror movies, games can offer you a much better and more immersive experience. And the games of the 21st century are rich in graphics, so don’t just expect the usual gore or jump scares. There will be more than that, which will surely make your palms sweaty and your heartbeat faster.

If you like to be a part of the thrill and excitement of a horror movie, you need to try and play these horror games for sure.

Until dawn is one of those role-playing horror games that somehow matches with the concept of a movie. The game has eight characters that are controlled by the players. The plot of the game suggests that these eight people go to a remote mountain location where the horror begins and tends to take them one at a time.

The game features various scary elements that are sure to pump your breathing within instants.  The scary aspects and scenes of the game are inspired by various movies like Evil Dead II and Poltergeist.

Moreover, the fate of the players in this third-person exploration game lies in their own hands as they make decisions that may kill or save them. Thus, it is one of the decision-based games that you might need to replay several times to get the desired outcome. The background soundtrack of the game is also reactive to the scenes as it gets louder when a player approaches a threat.

Darkwood offers a day/night playing mode to the players where their survival is entirely up to them. In the daytime, players can go out in the woods and hunt for food supplies and things that can make their hideout stronger. They can also cook so as to acquire skills.

In the nighttime, players don’t have to go out, and this is where the horror begins. You need to focus on making yourself secure so that you can pass the night and wake up with the bonuses. But this is not that easy as death is always around you.

No matter how powerful your defenses and traps are, you will face a creepy situation accompanied by creaky doors, rustling sounds, and inhuman shrieks. Reviews also suggest that this game is a masterpiece of survival and madness. Why not give it a try, right?

It is another third-person perspective game but, in a way, unlike any other one. The Evil Within 2 comes from the man behind Resident Evil, and this time he outdid himself as you will be compelled to continue playing it.

The game features a lead player controllable character, detective Sebastian Castellanos who has to go through the world of Union to save his daughter Lily. The game allows you to explore the various areas of the map where you don’t know what’s waiting for you.

On the side, you can complete various objectives of the game that will introduce you to countless visual spectacles, slaying bosses, and some nail-biting moments. These aspects of the game helped it bag 9/10 on steam, and we can promise you that you will wish for more shotgun shells.

We all have seen some of the best horror movies that feature caves and tombs where a group of friends go and get lost. If you haven’t, you can get more of that through this game, Amnesia: Rebirth.

The game is a great embodiment of horror as it introduces the player to desert caves and tombs where she wanders to find her companions. The game is dim lit, so the player has to hunt for matches to light the way ahead and maybe find someone standing a yard away. Other than matches, Tasi can also use the fuel lamp to keep herself aware of her surroundings.

The true horror begins when the player walks into a dark place where she hears whispers in her head. As the game does not have any combat elements, the only thing you can do after discovering a creepy creature is run or hide. These moments will surely make you sweaty and lose some calories, as it is one of the pros of playing horror games.

These games will surely help you take your mind off things for some time. You may not know it, but there are various benefits of playing horror games, so you should try them. However, some of you may face issues while getting these games online. Don’t worry! There is a solution for that. To get access to these games easily on the web, you can use a gaming VPN. It will help you unblock geo-restricted sites as well as access everything securely. Additionally, it just might help you find more affordable options for buying games you have been dying to try.