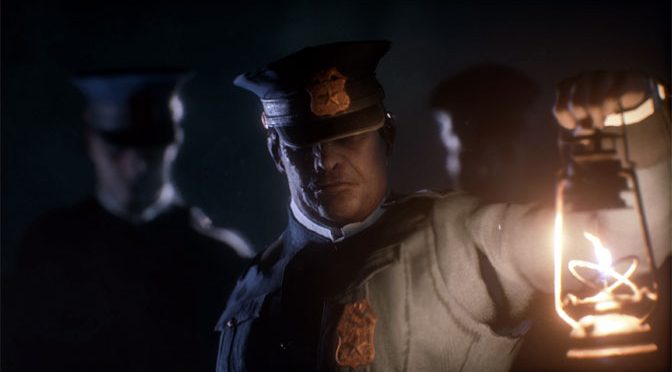 For years I have been a game master for the pen and paper Call of Cthulhu role-playing game. And I have also read the complete works of H.P. Lovecraft, the author who came up with the concept of elder gods and their surrounding mythos while also refining how to tell tales of physiological horror.

Lovecraft’s books, and to an extent the pen and paper RPG, (at least when you are dealing with a good module and game master) delve into the concept of advanced or elevated horror. It’s not about jump scares or gunning down hundreds of roving zombies. It’s about slowly discovering key, unsettling details about communities that might look completely normal on the surface. It’s about masterfully cultivating an uneasy feeling of dread without presenting obvious threats – at least not very often. And it’s about finding and absorbing forbidden knowledge that while helpful to the immediate mission, often results in a loss of sanity as the human brain can’t fathom the truth. Indeed, in the paper RPG, player investigators often go insane instead of outright dying. 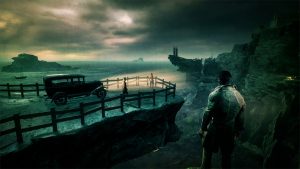 There has never really been a videogame that captured the spirit of Call of Cthulhu and its mythos. Yes, games have included spooky elements with definite Lovecraftian roots. There have even been comical games that drew on the mythos. And yes, Call of Cthulhu was the subject of other games in the past that tried to really mimic that environment. But replicating that feeling of smallness in a vast and unknowable world, without actually showing any monsters, is not easy. I actually thought it might be impossible. 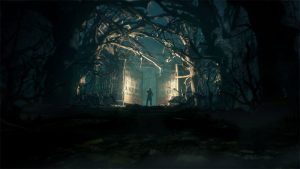 The new Call of Cthulhu role-playing game from developer Cyanide Studio proved me wrong. They perfectly capture the flavor of the pen and paper RPG, and to a lesser extent the books. Set in 1924, the old world is starting to give away to modern technology, but there are still lots of lonely places without electricity or any up-to-date conveniences. You play a Boston private investigator named Pierce who is obviously down on his luck, living out of his office and drinking himself into a stupor each night before passing out on his couch. He is haunted by what he saw and did during The Great War, and finds it difficult to motivate himself to find new cases, or really to ever leave his self-imposed exile from life.

[amazon text=Missing out on a great Call of Cthulhu adventure would call for a sanity check. Instead, pick up a copy from Amazon.&asin=B07C53ZZWF]

His prayers seem answered when the patriarch of the wealthy Hawkins family hires him to investigate the death of his daughter, who perished in a fire at the estate of her new husband on an island off the coast called Darkwater. Of course, traveling out to a lonely island is a perfect setting for a Cthulhu adventure. 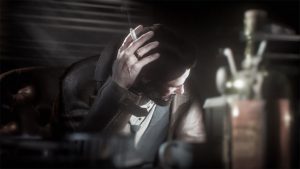 Despite his flaws, Pierce is a capable investigator. You have a scaled down Call of Cthulhu pen and paper character sheet with common skills from the RPG like Spot Hidden, Psychology, Medicine and Mythos. You also have a general Investigator skill that combines a few others from the game like lockpicking and the ubiquitous Idea roll used to give players a little push in the right direction. Pierce uses Investigation to put clues together and open up new dialog choices. You can add points into some of your skills as you earn experience, while others like Mythos only improve when exposed to horrific knowledge or terrible sights.

Darkwater is a creepy place, and if you don’t get an immediate feeling of dread in the dying whaling town, then you are not paying attention. It always seems to be either night or foggy, or both, there. The people also don’t like outsiders, and since everyone knows everyone else, that means you stick out.

The game is played in first person, but not so that it can be a shooter experience. True, Pierce does carry a gun, and there is one sequence where you actually use it, though it’s more of a mini-game than a pure shooter. 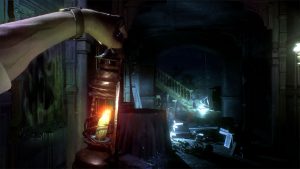 The first person atmosphere is there for immersion, to draw you into the story and make you feel like you are really there. This is extremely well done, especially when combined with the sound effects. You will hear lots of creepy sounds in certain places, even disembodied voices that sometimes talk to you. If you are brave or foolish enough to play with the lights out, the game might just creep into your own subconscious. I actually had a nightmare after playing Call of Cthulhu one night, and that has almost never happened before with any other game. 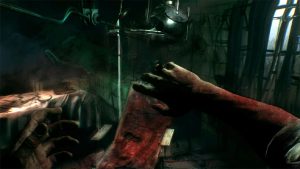 Pierce has good baseline skills at the onset of the adventure, but you probably want to beef up your talents as quickly as you can earn experience, especially core ones from the pen and paper RPG like Spot Hidden. In addition to normal skills, Pierce can reconstruct a tragedy or crime scene by entering into a kind of otherworld and looking into the past. Whether this is some supernatural gift or merely a way to show why he’s a super talented detective is never fully explained. You have some Mythos at the onset, so he must have had some experience in that area before, perhaps from previous cases. And as your sanity score drops, you gain new abilities, like mind reading. Using them will help you pass dialog checks, but will drop your sanity even further. If you are not careful, you might just start to go a little mad.

The plot is filled with dreadfully scary twists and turns, and like any good mystery, where you end up is nothing like you expected when you start your quest. 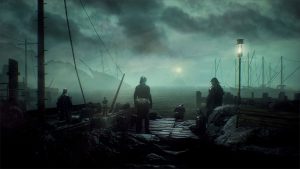 The entire time I was playing, I was dreaming of taking the events within the Call of Cthulhu videogame and converting them into a module for my pen and paper campaign. It would be so easy to do. The videogame is that good, and I hope that Cyanide will continue to explore the mythos in future games – and use the same winning, nightmare inducing formula that makes Call of Cthulhu and Lovecraft books so wonderfully frightening.