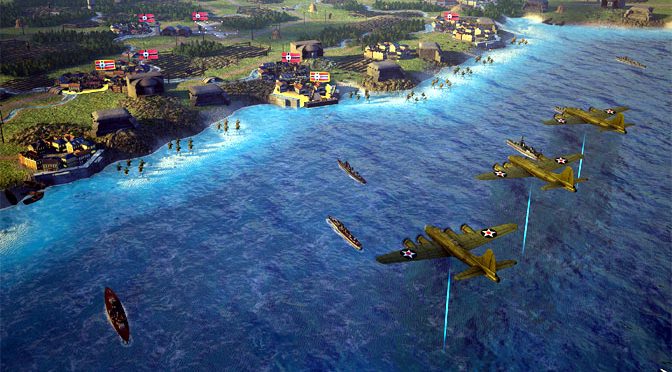 If you enjoy World War II games, there are a lot of options available, ranging from shooters like Call of Duty Vanguard to simulations like War at Sea. There are stealth action adventures like Partisans 1941 and even online multiplayer games like War Thunder. So, there is something for everyone. I started playing WWII computer games many years ago with the excellent Close Combat series from Microsoft, which produced an entire critically acclaimed series devoted to tactical combat. 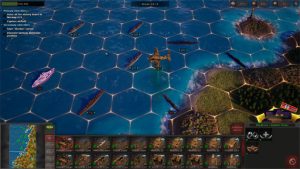 In a lot of ways, the Strategic Mind series from developer Starni Games is like a spiritual successor to those classic Close Combat titles. They offer an extremely detailed look at historical battles and challenges players to fight them as well or better than the real-life generals. The games are not easy by any means. The scenarios are challenging, with many timed objectives. The enemy is numerous, and the AI is capable of surprising players. There is also a ton of depth throughout the series. While this allows clever commanders to exercise a host of strategic options, it can also make it difficult to juggle everything at once, often almost approaching micromanagement.

The developers made a name for themselves with the release of Strategic Mind: The Pacific back in 2019. Not only did that game focus mostly on naval combat, which is often overlooked in WWII titles, but it was also centered in the Pacific, which sometimes takes a back seat to the European theater in games. Having conquered the Pacific, Starni Games now moves on to Europe (and other places around the globe where the Axis and Allies clashed) so we can fight in iconic skirmishes like the D-Day invasion and many other well-known historical battles.

Strategic Mind: Fight for Freedom, like the other titles in the series, has land, sea and air units all represented. There are two campaigns to fight. The first is mostly historical and follows the British forces as they fight around the world. The second is centered on the American campaign, and takes a few more liberties with the historical record. Both are a lot of fun to play if you enjoy really deep combat scenarios and unit mechanics. 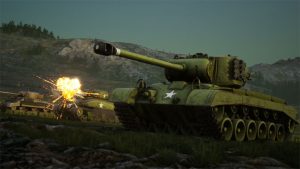 The developers stress that they are all fans of World War II history, and that really shows in Fight for Freedom. It’s clear that a lot of research went into the capabilities of each individual unit. Depending on what you are currently controlling, you might be able to switch ammunition types and other factors to affect your unit’s performance. And depending on what you are targeting, you might be able to select certain components to try and destroy as well. 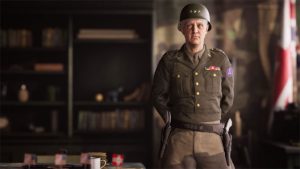 Graphically, Fight for Freedom looks really good. It’s easy to tell at a glance what kind of units you are facing. Of course, you can drill down to get more information about them, but just having that level of visual fidelity is often enough to enable an effective reaction or tactical approach. All battles are played out on a giant hex map which wargamers in the physical space (those of us who have fought battles over real hexes on mats or constructed terrain) will appreciate. It’s easy to count the hexes to determine range and other factors when planning your moves, and to keep the entire battlefield in perspective. 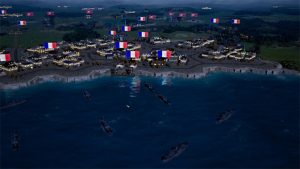 The game also sounds good. I remember enjoying the roar of the guns back in the Close Combat days, and Fight for Freedom is no different. Unfortunately, the voice acting is a bit sub-par. Historical figures like Dwight D. Eisenhower and Bernard Montgomery have non-American or British accents, and are probably voiced by the developers themselves. Their lines are also not exactly “acted” out, but only read in monotone voices. This is a minor gripe, but perhaps Starni Games might consider employing professional voice actors for future games to improve their titles in this one area. 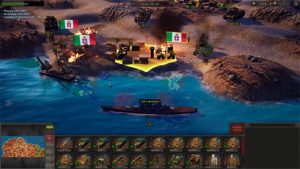 Fight for Freedom is turn-based. Every unit has a set number of things that it can do on its turn, which normally comes down to moving and firing, but also can include some other specific actions. For example, a recon plane might be employed to uncover some of the fog of war to get a better idea about the disposition of enemy forces. Players are never rushed to take their turn, so you can sit back and really plan your actions. Your scenario objectives might be timed (as in you have six turns to capture a strategic town) but how long you take planning out each of your turns is up to you. And then once you have done everything that you can, you end your turn and the computer makes its moves. 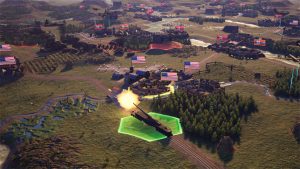 There is also a bit of a role-playing angle to the game. You have a limited supply of prestige points to spend, and can earn more by completing objectives. That allows you to, for example, bring in new units as reinforcements, even if those units did not historically exist on the battlefield. If you have ever wondered if one more tank, plane or infantry squad would have made a difference in a fight, now is your chance to find out. 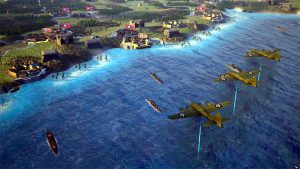 Units that successfully survive combat can also level up. When that happens, you have the ability to potentially add special abilities to their actions. These abilities often provide some type of minor buff on attack or defense, or the ability to perform a special action like anchoring an enemy in place. This provides yet another level of choice for the player and more strategic depth to the game, even if it also adds in some additional complexity. 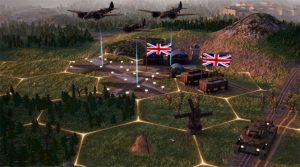 Fight for Freedom is one of the most detailed tactical combat games set in World War II that you can play right now. It has a steep learning curve which is somewhat flattened by a series of good tutorials. It’s more than worth ascending that hill to become proficient with the game, as it can be a lot of fun once you figure out what you’re doing.

And if you happen to enjoy the gameplay that Fight for Freedom offers, then you can also check out some of the other games like The Pacific or Blitzkrieg that use the same engine. Starni Games also has an upcoming title called Spirit of Liberty which focuses on the Winter War fought in Finland. It’s safe to say that we can expect more great things from Starni Games in the future.

Fight for Freedom earns a highly respectable 4 out of 5 GiN Gems. Those who miss the old Close Combat games, or who are searching for some new and challenging tactical combat, should look no further than the Strategic Minds series and the excellent Fight for Freedom title.