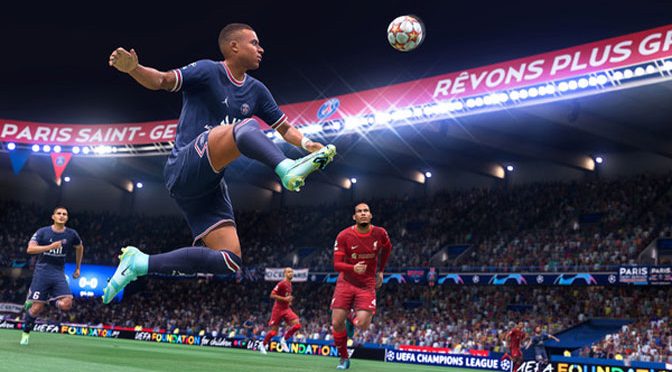 Elite soccer players live in a high stakes, high stress world and many find the best way to unwind and disconnect is to play videogames. It’s common knowledge among fans nowadays that the majority of players enjoy playing console and PC games but some are more notorious than others. When fans are unable to watch their favourite soccer stars on Hesgoal soccer, they might just find them live streaming on Twitch or YouTube. Here are just a few of the most obsessed videogame players in the elite football scene.

Atletico Madrid and France star Antoine Griezmann is said to be a huge Football Manager freak. He famously caused a stir when a video surfaced of him on a private jet with his France teammates in which he showed off his Newcastle United save. The forward had led the perennial underachievers to domestic and continental glory, and even signed his national team compatriot Kylian Mbappe to play for The Magpies in the game.

At the time this was just a comedic piece of fantasy, but since the Public Investment Fund of Saudi Arabia took over the club earlier this season, moves like this have seemed a lot more based in reality than fantasy.

One of the all time greatest goalscorers in the history of the Premier League and soccer in general, Argentine Sergio Aguero has retired from the game this season and thrown himself into a new career as a Twitch streamer. Despite being such a widely heralded star, the Argentine is very humble and always willing to interact with his growing fanbase on the platform. He often streams FIFA as his game of choice, and even once made a phone call to his best friend and arguably the best player of all time Lionel Messi in the middle of a live stream.

Arsenal and Spain star Hector Bellerin is one of many famous soccer players who are obsessed with Call of Duty. The full back, who is currently on loan at Real Betis, said he first got into the game as a youth prospect at the London club because the English weather was so bad that he had nothing else to do. He claims this blossomed into quite the obsession during away days with his teammates in the youth academy.

Speaking to Copa90 at the launch of Call of Duty: Black Ops 3, Bellerin elaborated on the COD themed tattoo he has:

“And this one I got on my first lads holiday, with Jon Toral, Emi Martinez and Ignasi Miquel [all Catalan players from Arsenal’s youth teams]. We were in Greece and we used to play a lot of Call of Duty, and our clan tag was ‘tato’, which means brother in Spanish, so I got that in the Greek alphabet, as a reminder of our friendship. We still all keep in contact, even though we’re now in different countries.”

Like Bellerin, PSG and Brazil forward Neymar is a huge COD nerd. When he’s not on the pitch or starring in various TV shows, movies or commercials, soccer star Neymar Jr is often playing and streaming Call of Duty. He’s also said to be a huge Pro Evo guy but his love of COD is such that he even skipped the 2018 Ballon d’Or ceremony – the soccer equivalent of the Oscars – to stay home and stream Call of Duty to his fans. Now that’s commitment to the clan!