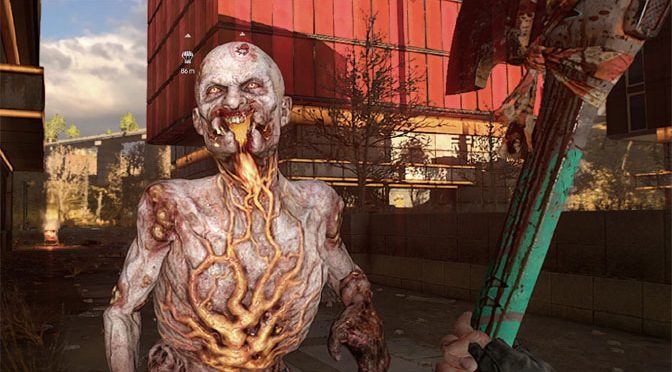 Back in 2016, I was really obsessed with the original Dying Light game, and for good reason. The combination of parkour, an open world, melee combat and of course zombies was a pretty original concept at the time. I favorably reviewed the core game and the various DLCs, like The Following which added vehicle combat to the mix. I even enjoyed the Dying Light novel which helped to expand the story of how the city of Harran fell.

So, I was pretty excited about the release of Dying Light 2: Stay Human. I had meant to review the game a lot closer to its release date, but suffered a small physical injury (nothing major, just a busted-up finger) which prevented me from really getting into the game for a long time, especially on the PC where you need good dexterity and key manipulation if not playing with a controller. When I finally got back on the mend, jumping into Dying Light 2 and its zombie parkour goodness was one of the first things on my list. 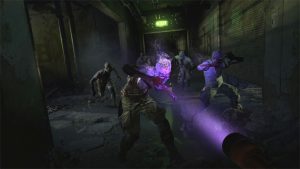 It’s obvious that developer Techland put a lot into Dying Light 2 to help distinguish it from the first game. Zombies and parkour are no longer a super rare combination anymore, so they really had to double down on all the things that made the first game fun to play. Those who were really into the first game may not like all of the changes. I personally had mixed feelings about a few things at first, but Dying Light 2 generally improves on most, if not all, aspects of the original. 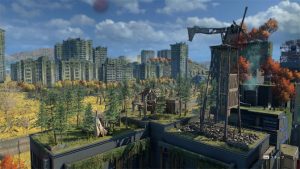 Gone is the city of Harran. It was walled off and forgotten during the events of the first game, and while it shows up in some articles and lore during Dying Light 2, both the world and the game have moved on. The new game takes place in and around The City, which is also called Villedor. The City is a huge place to explore. I didn’t do any precise measurements, but it seemed like it was at least twice as large as the Harran map. It really does feel like a city.

In addition to being huge in terms of surface area, The City is also well developed using height. This was true of Harran as well, but there is almost another world above street level in The City. And for any gamer who loves exploration, this can be a real treat. I found so many Easter Eggs and little hidden places scattered about that I spent a fair amount of time like any tourist does, just wandering around the city and exploring my surroundings. 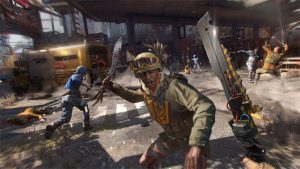 The one negative aspect of this new vastness is that not every area seems unique. If you do a lot of exploring, you will start to see areas where things have been copied from other areas. Sure, cities in real life are not totally unique either, with many blocks looking the same, but it does give The City a little bit of a sameness kind of feel after a while. This is especially evident during missions when you need to enter labs, power stations and other areas to advance the story. Most of them look almost identical. At least the outside part of the city has more variety than that, as well as many unique areas to find scattered on different building levels and rooftops. 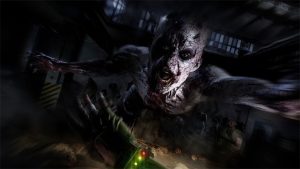 Like in the first game, there is a day and night cycle in Dying Light 2. But it’s a bit different than the original game. Basically, during the day The City is relatively safe. You might run into a couple zombies, but nothing you cant handle even at early levels. And you might also encounter human enemies as well as random encounters that have both humans and zombies. At night, the special, really powerful zombies come out alongside of hundreds of regular biters. If you are spotted by a Howler zombie at night, then they will call on the rest of the pack and chase you through the city until you can either lose them or find a safe spot with UV lights that burn them up if they get too close. Thankfully, there are many UV stations scattered around. So why would you ever go out at night? Other than missions that require it, the reason for nighttime travel is that the zombies leave their dens unguarded (or less guarded) at night. So you can explore and loot them much easier at night. And yes, the best loot happens to be inside those lairs. 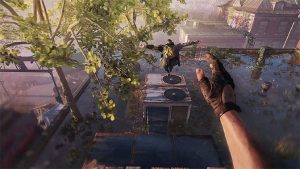 The other bad thing about the nighttime is that your main character, like everyone else in the game, is infected with the virus that turns people into zombies. The entire world got infected by a new strain of the virus (a Delta variant I guess). While you don’t have to worry too much about being bitten (because you are already infected) you will start to turn at night if you are not near a UV light. In sunlight you are fine since there is natural UV rays, but at night you are a ticking timebomb waiting for death. Thankfully you have a timer so you know how long you have. You can reset the clock by standing in a UV light, and later in the game can get UV glowsticks and other equipment to help out. It makes for an interesting mechanic and challenge, although you can eventually almost completely negate it. 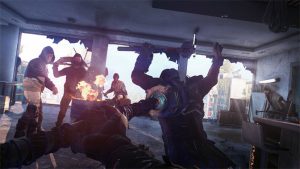 Like in the original, melee combat is brutal in Dying Light 2. You will often be chopping off heads, limbs and anything else from both humans and zombies. The combat system has been upgraded as well. You now get the most milage from blocking and counter-attacking, especially against humans. You can also employ parkour in combat, including using a Chuck Norris-style drop kick which you learn how to accomplish in the game’s tutorial. The drop kick is actually a bit silly since you end up flying overtop of people and kicking others standing behind them even if there is no way you have enough momentum to pull that off. But it’s powerful, and given to you as an early attack. You may end up drop kicking enemies all the time throughout the game, like off of buildings, into spikes or against concrete walls. It’s a surprisingly powerful attack that works throughout the game, almost in an overpowered way. 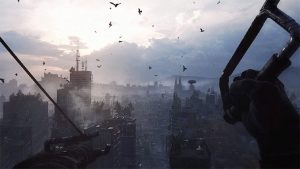 There are also many other skills in the game In fact, the skill trees are actually a little overly complex if you ask me. Yes, you can unlock a bunch of cool moves and stuff, like turning around in mid-air to attack someone behind you, getting an area of effect attack when jumping down into a group of enemies, running sideways across walls and bunch of other things like that. There are also many non-combat skills to learn, like jumping farther or higher than normal.

I didn’t mention the plot yet, and that is because this is really the weakest part of the game. We have heard about how the chief writer on the game left part of the way though development, and it kind of shows. Generally, your survivor is looking for his lost sister and clues to his past, which he can’t fully remember, but the story advances in a bit of a disjointed way. It’s a safe bet that the reason why people are going to stick with Dying Light 2 is because of the gameplay, not because they are invested in the plot. 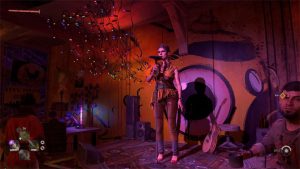 People who don’t like to explore and only do limited side quests can probably finish Dying Light 2: Stay Human in about 20 hours. I probably put at least that much time into exploring the world and trying to accomplish all of the side missions. A more realistic playtime for most players would probably be about 30 hours or so of gameplay. There is also multiplayer, but that feature was not tested for this review.

Dying Light 2: Stay Human is able to keep the series fresh in an increasingly crowded world of zombie-infested adventures. The parkour elements, enhanced combat and the sheer size of the game world have all been taken to the next level so that Dying Light 2 is not a title that fans of the genre should miss.