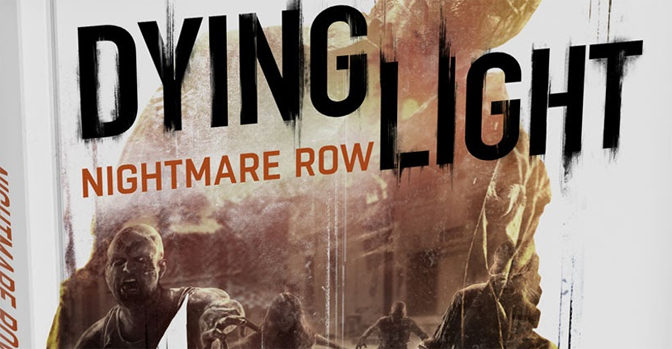 When the Dying Light game came out, it was unprecedented in a lot of ways. Combining zombies, parkour and a fully-open world in such a unique way helped to pull the title out of the glut of other undead-themed games which were suddenly popping up everywhere. But beyond all those hardcore leaps and running feats – and the brutal zombie-on-survivor combat – was the backdrop of the city of Harran, its culture and its people. Although the setting was implied to be inside Turkey, the fictional city could almost stand anywhere in the Middle East or even possibility South America. And with the Olympics heading to Rio, I think many people might see similarities between that event and the Harran 2015 Global Athletic Games which occurred just as the outbreak was getting started.

You have to give developer Techland a lot of credit, because first person shooter interfaces are not normally the best platform to tell stories. Yet, there was a lot of culture and history packed into the Dying Light game, especially if you elected to perform many of the side quests like delivering packages or searching for missing people.

Yet, even with all that, nothing tells a story better than a book. It’s pretty much why books were invented. So, the developers smartly contracted with noted fiction and videogame-based fiction writer Raymond Benson to dive into the backstory of Harran with the Dying Light Nightmare Row novel. 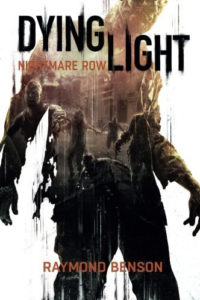 Don’t worry, the zombies and the heart-pounding escapes and all that are included in the story, which mostly follows the character of Mel Wyatt, a young American athlete who came for the games. Her parents are killed during the first wave of infected attacks against the stadium (I didn’t even know that the games were actually attacked!) but she gets away along with her younger brother, though they are again separated when the book begins. She is able to find shelter in one of those isolated little hovels that game players got to explore during the game, and much of the book is devoted to her survival when the entire city pretty much goes to hell.

Even removing the game from the equation, Dying Light Nightmare Row tells a good story. Those who enjoy suspenseful horror or zombie apocalypse narratives, and who doesn’t, will probably burn through the 234 pages pretty quickly. But it’s those who experienced the game’s world first hand who will likely find the most to love. For the first time we get to see the inside of the politics of Harran and not only what went wrong, but also why things went so badly so quickly.

In the game we start playing after the city has been quarantined and the infected are everywhere with only little pockets of humans holding out. The book instead is set right before the outbreak, or right before it goes to critical mass, and then right afterward. Not only does this show how quickly things can go downhill, but also the role that weak leadership played in the death of so many natives and visitors alike.

We also get to see how the virus affects people who catch it, something that does happen in the game somewhat, but is more detailed here. And we dive, just a bit, into the culture of Harran.

The book is not perfect. Dying Light Nightmare Row has a few puzzling little errors where the wrong words are used, or sentences that either don’t make sense or which could have been more concisely written. Having read some of Benson’s other stories, I’m not sure why those mistakes pop up here since they are mostly absent in those other books. They are not deal-breakers by any means, but do serve to occasionally pull the reader out from the story. A good copy editor could have knocked them out pretty quickly.

Dying Light Nightmare Row is a good zombie tale even without the backing of the game. For those who have played and loved Dying Light’s world, the novel goes a long way to explaining some of the nuances of the story that were probably missed while parkour running across rooftops dodging hordes of infected. For those players, this is much more of a must-read, though again, anyone can have a good time with Dying Light Nightmare Row.