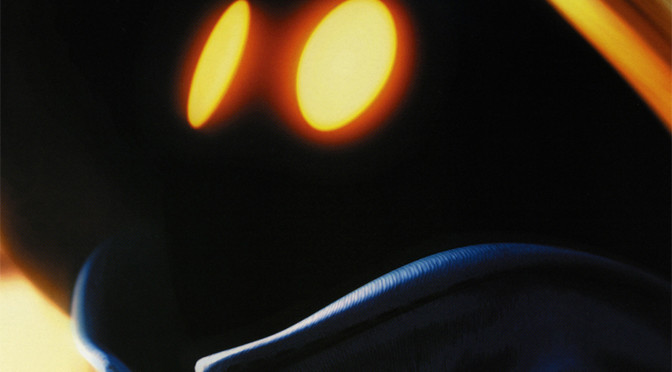 Welcome. If any of you are regulars here at GiN, you probably remember that I played through Final Fantasy IX last year as part of my New Year’s Resolution.

Final Fantasy IX was a very polarizing game for me. I honestly didn’t like a lot of things about it. The characters were mostly boring, I hated most of the minigames and the plot was convoluted as all get out (I know, I know. That’s standard protocol for a Final Fantasy game.) Still, there were many things I did like about it. One of which was the history and lore of the world. As well as the tragic ending that many fans might not have realized exist.

Final Fantasy IX takes place on a world called Gaia. The planet is about 5,000 years old and has a crystal at its core (as all planet do in Final Fantasy IX’s universe) that regulates the recycling of peoples’ souls for reincarnation. There is also mist covering one of its continents. Monsters grow in this mist and it’s caused many wars over the centuries. However, the mist isn’t a natural occurrence on the planet. It’s actually the byproduct of something much more sinister.

To understand the mist on Gaia, first we have to talk about Terra. Terra is another planet similar to Gaia, However, while Gaia is a relatively young planet, Terra is quite old. Terra is actually so old that its crystal has been near death for some time. To avoid their planet’s death, the people of Terra attempted to merge it with Gaia 5,000 years before the game’s main story. They’ve actually been merging their dying crystal with those of other planets’ for some time now. The Terrans created an android named Garland to complete this task and went into a bodiless stasis sleep. However, the fusion failed.

The failed fusion of Terra and Gaia resulted in the surface of Gaia being destroyed and Terra being absorbed inside of Gaia. Gaia kept its blue moon and also gained Terra’s red moon in orbit around it. Garland knew he could save his planet from destruction, but also knew it would take thousands of years to do so. He placed Terra’s Iifa Tree on Gaia to stabilize it and keep it from being destroyed.

2,000 years later (and 3,000 years before the game’s main story) Garland came up with a way to save Terra. He decided to use the Iifa Tree to strangle Gaia’s crystal and keep souls from that planet from going back to it. Another 2,000 years later, Garland added what was called the Soulcage to the Iifa Tree. This cage dispersed Gaian souls around the world and started funneling the souls of Terrans into Gaia’s crystal. The discarded Gaian souls became the mist. The mist fuels wars, which help disrupt the Gaia crystal’s soul cycle, or reincarnation process, even more.

Fast forward roughly 1,000 years and we’re still several years before the main story of Final Fantasy IX. The invention of the airship puts an end to wars, but Garland creates Kuja and sends him off to start wars in Gaia. He also creates Zidane (our main protagonist) as Kuja’s replacement. However, Kuja kidnaps Zidane and drops him off in Gaia. Zidane grows up with no idea of his true purpose.

Alright, that’s the back story and lore out of the way. Now we can move on to the events of the game. There’s a lot that happens in the first half of the game that has no real bearing on why Final Fantasy IX has the saddest ending of any game. So I’ll be skipping it. I also won’t be going into full detail on all of these events in the second half of the game, but will rather focus on those that matter to the point of this piece.

We want to pick up the story when Zidane and his party make it to the Iifa Tree to catch Kuja. While there, the party discovers the Soulcage and it tells them that it’s the cause of the mist. It also tells them that it can’t lie and reveals Kuja’s plan to cause war. Right before the battle starts, the Soulcage says that it has  “seen the end of my thousand-year life, and it is not now.” The Soulcage is foreshadowing the future that the characters will create and they don’t even know it.

They defeat the Soulcage  and the world is free of the mist. Some shenanigans go down after this and the party learns about Terra. They choose to travel to Terra, which is inside Gaia, to learn more about Kuja’s intention. Zidane’s past is revealed along with much of the lore that I discussed above.

When the party confronts Garland he tells them that the Soulcage was only a small part of the tree and that it’s still stopping the Gaia soul cycle and replacing it with Terra’s soul cycle. The party fights Garland and beats him. Kuja swoops in with some new-found powers and kicks Garland off a cliff after some arguing. However, Garland  is still revealing information as a disembodied voice and reveals that Kuja has a limited life cycle that is almost at its end. Kuja grows angry, starts destroying Terra with the way too powerful Ultima spell, and the party flees back to Gaia on an airship.

Once back on Gaia, Zidane and the party decide to confront Kuja at the Iifa Tree to keep him from destroying Gaia. There’s a red orb above the tree that they go into. This area is called Memoria and it’s built on the memories of Gaia itself. The party learns a lot of the planet’s history here, but yet again, I’ve mentioned most of this earlier in my post.

Moving on, Zidane and the party reach the Crystal World by travelling through space along a path called To the Origin. At the end of this path they find Kuja waiting for them. He’s sitting right in front of the Original Crystal. This is the crystal that all life comes from. Not just Gaia’s or Terra’s, but all life. Planets have a soul cycle just like people. When one dies, it returns to this crystal and is reborn again as a new planet that can hold new life.

Kuja also drops some more information on Zidane and the party at this point. He tells them that the fusion of Terra and Gaia can’t be stopped and that he’s won no matter what happens. He also says that the Iifa Tree will have a violent reaction that will destroy Gaia. Zidane argues that the world will still exist after the fusion and that they will start over on the new world.

At this point Zidane and the party engage Kuja for the final time. They defeat him and he lashes out with an Ultima spell saying ” I’m not gonna die alone. You’re all coming with me!” Zidane awakens on the Hill of Despair after the spell and notes that the Original Crystal is gone. I believe that the Hill of Despair is actually a destroyed version of the Crystal World. They’re named differently in the game, but it doesn’t make sense that the Ultima spell would transport the party to a whole new location. We’ve seen the spell used earlier in the game and it didn’t have any type of teleportation effect.

A new enemy named Necron reveals itself in this destroyed world and states that it plans to return the universe to nothingness. Necron claims that Kuja realized the only way to escape the fear of living was to destroy the Original Crystal. Kuja himself even states that this was his plan before fighting the party for the last time.

Necron is the final boss of the game. Once defeated, he claims “This is not the end. I am eternal… …as long as there is life and death.” The party is then teleported out of the Hill of Despair, which, remember, I believe to be the destroyed Crystal World, by Kuja (who dies shortly after doing so) and is placed outside of the Iifa Tree. It’s violent reaction that Kuja mentioned earlier has started and its roots are flailing about destroying the world. A few cutscenes later everyone is together and happy. This ending leads players to believe that the game ended on a happy note, but this sadly isn’t the case.

Let’s look at those final few moments of the game again. Specifically, we should talk about the Iifa Tree’s rampage. Kuja specifically mentions that it would destroy Gaia and that the fusion of the two planet’s can’t be stopped. However, the end of the game shows everyone together on Gaia’s surface as the planet is clearly still there. “So what happened?” Simple. Kuja used the Iifa Tree to destroy Gaia’s crystal.

The Iifa Tree was already wrapped around the crystal and it’s rampage saw its roots reacting violently. Kuja wanted to destroy all life. It’s unlikely that he planned to let the Iifa Tree complete it’s task of replacing Gaia crystal’s soul cycle with the Terra crystal’s soul cycle. That would be letting people live on without him, which is exactly what he was working to stop. To quote Kuja from right before the final fight against him “Why should the world exist without me? That wouldn’t be fair. If I die, we all die!” This dialogue makes it clear that Kuja is talking about Gaia as it comes directly after his and Zidane’s talk about the planets’ fusing being unstoppable and the Iifa Tree destroying Gaia.

So yet again. Why is everyone still dancing around, being lovey-dovey and having fun on Gaia at the end of the game? Well, it’s because the two worlds really were successful at fusing. The physical world of Gaia still exists, but it’s crystal has been replaced with Terra’s; the crystal that was so close to death that the Terrans tried to fuse their planet with Gaia. That crystal is still about to die. None of the main cast seems to realize this and it’s unlikely there is anything that could be done about it even if they did.

So that seems like a pretty sad ending, right? Well here’s the icing on the cake. Once Terra’s crystal dies inside of Gaia, it won’t be turned into a new planet. Kuja destroyed the Original Crystal that spawns all life with his Ultima spell. The crystal that handles the soul cycle for planets is gone. The world of Gaia will become a planet without life and every other planet will suffer the same fate until the universe becomes nothing more than an empty, lifeless husk. Not even final boss Necron will survive, as he is only eternal “as long as there is life and death.”

And that, readers, is why Final Fantasy IX has the saddest ending of any game.

(Note: I also have a theory concerning the true purpose of Necron, and no, he isn’t the Soulcage. I’ll post a follow up to this piece with that theory at a later date.)