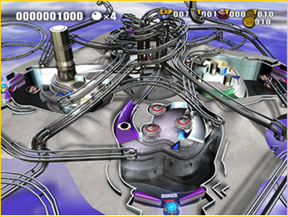 Mostly pinball games don’t mix well with computer games, but for Flipnic, an exception can be made. 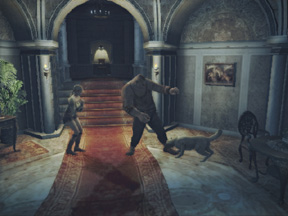 Haunting Ground is a survival horror game where your best chance of living is not learning how to fight, but how to hide.

Prepare to fall in love. She’s sassy, can strut her stuff on the dance floor and doesn’t look too bad in a skin-tight outfit either – always handy when fighting enemy security droids. Her name is Vanessa Schneider and she just happens to be a freelance mercenary and robot killer rolled into one. That’s a very good thing when you’ve just been hired to tackle an out of control security system on a distant planet. PNO3, which stands for Product Number 3 is one of Capcom’s latest offerings for GameCube. This is a third person shooter without much of a … END_OF_DOCUMENT_TOKEN_TO_BE_REPLACED

Capcom has been on a roll lately. In the past several months alone, three titles have been released. First of all, we have the impressive anime mech-style Tech Romancer, the long awaited Street Fighter 3, and the much anticipated sequel to Marvel Vs. Capcom. I had a chance to try out all these titles, but for the time being I wanted to review SF3 and MVC2 because over the last few years, since the days of X-Men back in 1994, there has been a heated debate. On one side of the argument, you have the Street Fighter series that has … END_OF_DOCUMENT_TOKEN_TO_BE_REPLACED