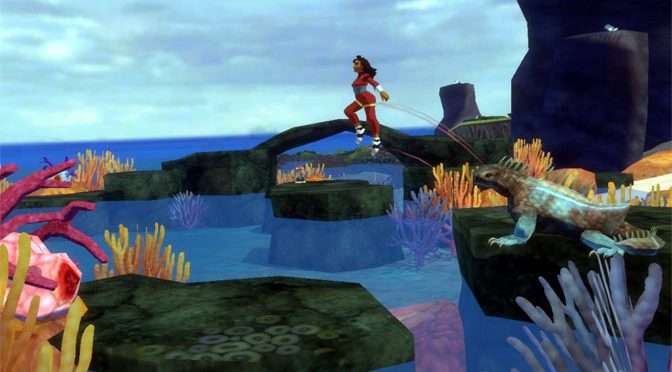 As we all know by now, I’m really terrible at platformers, and while there have been platforms I loved— like Hoa—I’ve never found one that made me wish I were better at the genre until now. Y’all, I got caught up in the game’s ambitions, and I really wanted to know what new weirdness the story had in store. If you like puzzles and platformers, I can, without hesitation, recommend Sephonie. Just know that you’re going to be reading a lot of text as part of the experience. 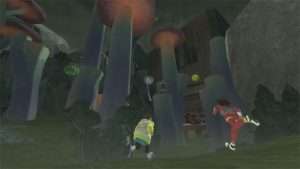 Three researchers arrive on Sephonie to study its ecosystems, and you play as each one of these three: Amy Lim, Riyou Hayashi, and Ing-wen Lin of the U.S., Japan, and Taiwan respectively. Significantly, each researcher is of Taiwanese descent, which is a detail of some significance to the story. Our intrepid explorers discover Sephonie to be inhabited not only by strange creatures but also by a virus that threatens life as we know it. Our researchers can link with the creatures, via ONYX, which is a hand-wavy piece of tech connected to their brainstems and creates a bit of a low-level empathic connection with the creatures on the island. This connection takes the form of a Tetris-like block puzzle, and but for species that you absolutely have to study, you can skip them. However, linking with these species is necessary as they grant you additional abilities that will either be necessary to advance or to go back to a previous location and discover something that you missed. 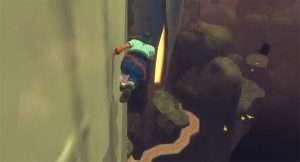 For your initial three characters, you can switch between them at will, and they operate identically. They do all the things that you want a platformer protagonist to do including wall-running and sprinting. You can also manipulate environmental elements to make various platforms more accessible. The platforming is where Sephonie really excels. While platformers can and do become fairly repetitive, especially if you sit down to play the game in one or two sessions, Sephonie does an excellent job of keeping the platform puzzles interesting and challenging, giving the gameplay a fresh feel.

The block puzzles are fairly easy up to a point, and the difficulty spike really comes out of nowhere, especially given the vibe of the game. I also didn’t particularly care for the “sprint” mechanic because I really never could get it to work quite right. There were a few puzzles where I just lucked out and managed to get through, but importantly, if you do find yourself frustrated by a puzzle in Sephonie, you can change the difficulty on the fly. 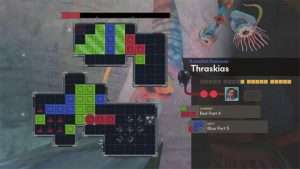 As fun as the platforming is, Sephonie also incorporates visual novel-like elements, and by that I mean, long sequences of text appearing. The characters never speak, so these text walls are the primary means by which Sephonie tells its story. There are a lot of them, and while generally, the writing is interesting, it can get a little heavy-handed. The environment, too, contributes to this general feeling of being whacked with a clue bat, especially when caves begin to shift into human environments pulled from the researchers’ minds. Seriously, folks, there’s a corn field. The game explores concepts of Taiwanese identity by comparing and contrasting the experiences of each researcher but rather than relying on gameplay as the medium through which this exploration occurs, Analgesic Productions gives us text walls. 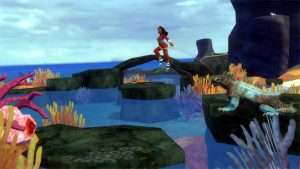 Sephonie, however, very much wants to tell you its story, so the game includes a number of options that you can toggle on and off as you need. I mentioned the ability to shift into easy mode above, and that’s fantastic because it allows you to skip most of the unnecessary block games, which I preferred. I was chiefly interested in a smooth run, and Sephonie let me have that without quibbling. Sephonie provides a number of checkpoints, so you really lose progress only infrequently. 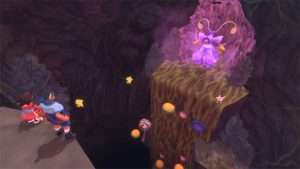 The game’s visuals take me back to the old Gamecube days, which is not a bad thing, but it did feel a bit out-of-date. It’s clearly a stylistic choice, but I don’t think I quite understood why the developers chose to shape the game this way. While Sephonie does give a few fantastic environments—I mentioned the memory caves above—most of the environments felt like they were lifted from other, older games. Weirdly, the photo mode was incredibly detailed, and I found myself wondering why that level of detail did not manifest in the rest of the game. 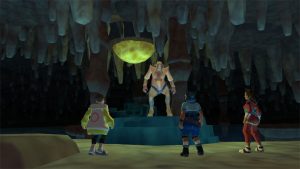 Sephonie’s primary theme regards the interconnectedness of all things in an environment, and the gameplay does its best to contribute to that theme. The writing won’t always live up to the game’s ambitions, but the gameplay mostly does. A full playthrough of Sephonie will probably take between eight and twelve hours, depending on your skill and willingness to muscle through the giant walls of text. Given how each skill builds on the one before it, I don’t recommend letting too much time elapse between gaming sessions as you might experience some skill loss. Sephonie does its best to make sure you don’t, but it definitely can happen.

If you like platformers with a side of heavy story, Sephonie is probably one of the best attempts to meld those two concepts I’ve ever seen. The platforming alone makes the game worth a play, but Sephonie has things it wants to say. Even if the message often becomes muddled, the effort remains significant.