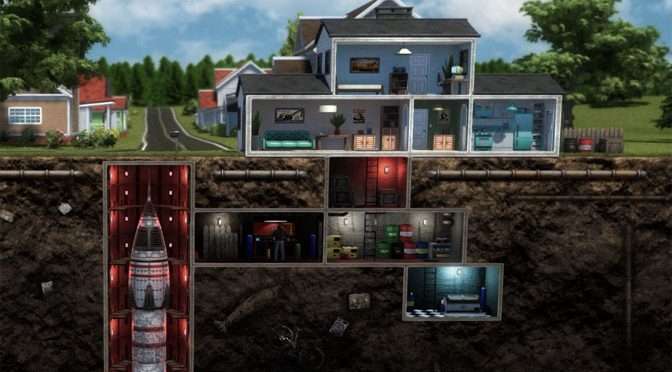 Have you ever had the feeling that society was crumbling around you? Do you think the G-Men are watching you? Do you fear the inevitable slide of your home country into an authoritarian hellscape? Well, then, Mr. Prepper is probably going to be less fun and more like a guide for you. If you aren’t a member of the tinfoil hat crowd, give the game a look because it’s surprisingly engaging.

Editor’s Note: GiN previewed Mr. Prepper last year when the game was still in beta, and our reviewer was excited about how it was going. Check out Mr. Prepper when it was still, well, prepping to be a good game. 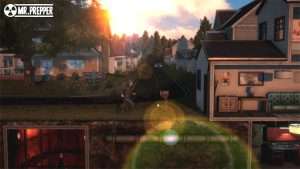 You play a gentleman who lives in a country whose slide into an authoritarian dictatorship has been rapid but unsurprising, but you have decided that fate is not for you. No, you have Plans with a capital P, and these plans involve building a bunker below your meticulously maintained home and eventually a rocket that will help you escape.

Why must your home be so meticulously maintained? It’s not just a question of making certain no one suspects your grand designs because the G-men frequently inspect your home to determine whether you’re in compliance. You see, in this authoritarian hellscape, everything you have is rationed out, from the types of furniture to the number of cans in your pantry to the amount of electricity you consume, and any deviation from the allotment is suspicious and therefore dangerous to your plans. Suspicious behavior means more inspections which means more opportunities for discovery. Needless to say, we can’t have that. 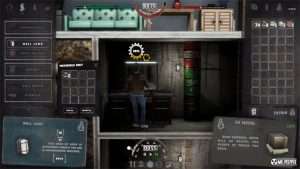 Let’s start with the bad things about this game. First, there is combat, and gentle readers, it is irredeemably awful. It is repetitive and uninspired, but don’t let that dissuade you from trying this game. The graphics are somewhat lackluster, but frankly, that almost adds to the game’s charm. The grainy images give a certain retro, off-the-grid kind of ambience. The sound isn’t much to write home about, and there are places in which the game mechanics can become unwieldy. There’s also an immense amount of resource grinding, so you definitely should take that into consideration before deciding to play. 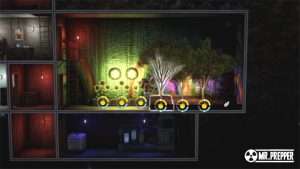 Now, that’s out of the way, let’s talk gameplay. Mr. Prepper is deceptively simple. You must construct your bunker using resources you have at hand and can source elsewhere, so long as you remain compliant above-ground. For example, you can dismantle pieces of furniture in your home to generate needed resources, but you must replace the dismantled pieces with something else before the next inspection.

The other way you acquire resources and goods is by working a network of similarly-minded malcontents that you develop as you go through the game, and this aspect is quite possibly the most fun I had while playing Mr. Prepper. 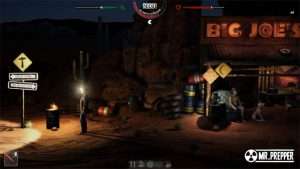 As it happens, most people don’t like the government any more than you do, but they’re unwilling to trust you until you do little errands for them to build that trust. As you do these errands, which show up as quests, you can unlock more people in different areas as you expand your network. Getting out of your neighborhood is key because as you might imagine, suburbia isn’t really rife with useful materials. Thus, you go explore a forest where you barter with hunters and eventually can even find a mine. However, each new level of the mine requires a pass, and you can only acquire a pass by, you guessed it, doing favors for key characters. It’s a deliciously fun mechanic. 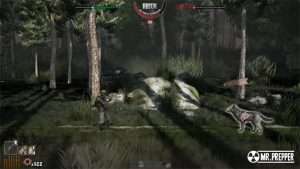 The types of resources you’ll need are wide-ranging and varied, which is nice. You’ll need wood, metal, electronics, plastics, and more, so you’re always looking for ways to scrounge the necessary bits to aid in your efforts to build the perfect bunker. While your bunker may never be Architectural Digest-worthy, depending on your ingenuity as a player, it can become quite the masterpiece. 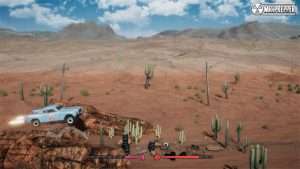 You have the option of collecting rain water, so long as you make certain to bring in your excess buckets over your allotted number before the next inspection, that you store in massive tanks you create. You can build generators to supplement your meager power supply, and you can refine fuel to upgrade those generators later. With some planning, you can craft greenhouses to supplement your food supply. 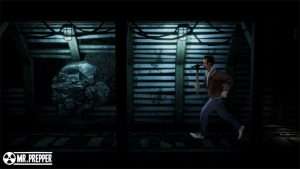 You’ll also learn to cook, and note that your food is perishable. If you carry food on your person, it will decay faster, and whatever you do, don’t fall asleep with food in your pockets. Just don’t. Early on, I’d recommend focusing on water collection because you’ll need a lot of water to make soups to keep yourself fed. There’s so much stuff to juggle in Mr. Prepper that believe me, you’ll find the game to be an engaging challenge. 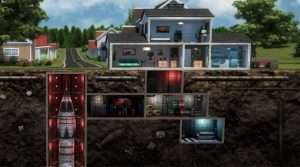 Mr. Prepper’s premise is a deceptively simple one, but you’ll find yourself exploring and developing different strategies to reach your end goal, which is escape. You’ll take a delightful tour of your world and meet similarly seditious folks who can offer you needed items or books for upgrades, for a price of a few favors of course. Mr. Prepper looks very much like a game that can be picked up and put down, but I really think you’ll find that you’ll forget some of your plans if you let the game sit for too long. Planning is crucial to success, and you can very easily back yourself into a corner. As the combat is lackluster and stylized, I’d say Mr. Prepper is alright for children on that front, but parents might want to play the game to see if the game’s themes are appropriate for their kids.

Mr. Prepper currently retails for $15.49 on the Nintendo Store. And if you are still unsure if you want to play, the prologue is free to play on Steam.