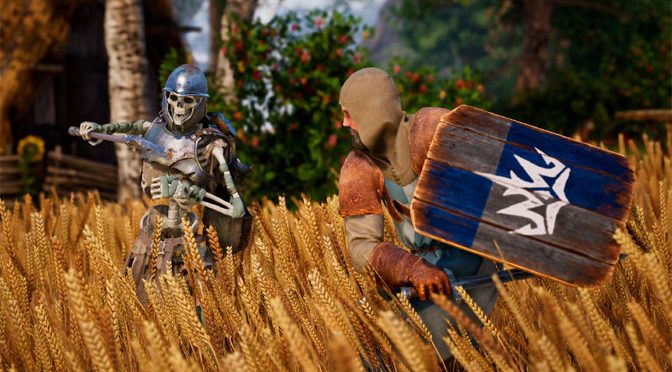 When the original King’s Bounty came out in 1990, I was still in college. It was a tremendous hit among my group of gamer friends, and we probably conquered that world hundreds of times using various mixes of armies and troop combinations. Over the years the franchise has fielded several sequels including The Legend, Armored Princess, Crossroads, Warriors of the North and Dark Side. All of them pretty much used the same basic formula where you marched around on an overhead map, built up your armies, collected treasures, leveled up your main character and engaged in hundreds of tactical battles – some of them with army stacks representing thousands of troops clashing in combat.

It was a successful formula, so when I heard about King’s Bounty II, which is the first direct sequel to the original game that continues the main story, I expected more of the same, with perhaps better graphics and things like that. What I was not expecting was that developers 1C Entertainment would turn the franchise into a sort of hybrid mix with a role-playing game on the front end and much smaller, more tactical battles for the combat. 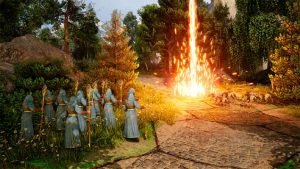 I have to admit that I had pretty mixed feelings about rebooting the tried and true formula. I was thinking that if I wanted a 3D RPG that I could certainly find something to fit the bill. After all, I had my tactical combat thinking helmet on, not my role-playing cap. But I decided to give it a try, and for the most part, I did enjoy the experience. Just not as much as I did playing with some of the aforementioned King’s Bounty sequels that stuck closer to the core formula. 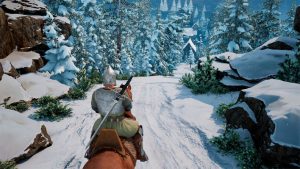 Some things in King’s Bounty II are the same. You get to choose from three characters at the beginning of the game, just like you do in most of the King’s Bounty titles. In this case you can pick between a gruff knight, a sly sorceress or a Joan of Arc kind of peasant girl turned warrior. Which character you choose will influence your play style including which kinds of troops fit best in your army and how you will help your army to win battles, by straight up buffs to troop damage, by slinging a barrage of fireballs and acid clouds at your enemies, or by buffing and healing your side so they can grit their teeth and win the day.

Whoever you choose will also be your character in the main part of the game, where you walk around and explore a 3D world. Each character is fully voiced, which is a nice touch. Personally, I liked the sorceress best because she never missed an opportunity to deliver a snarky and funny line when interacting with anyone she felt was inferior to her, which was just about everyone. The peasant girl is probably the most endearing character overall, and fits in best with the plot of the story. The knight has a great voice, but seems kind of bored most of the time when he talks, which isn’t good given that I was struggling with some of the boring parts of the game alongside him. 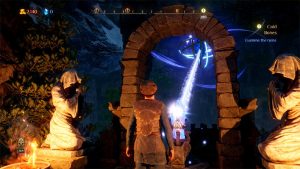 I don’t have a problem with the concept of a 3D interface on a King’s Bounty game. It’s kind of cool that the developers decided to try something new. But the final product just seems kind of generic, both in looks and pretty much everything else. The graphics for Skyrim look a million times better than the 3D world in King’s Bounty II, and that’s a 10 year old game. Even Oblivion from 2006 looks better overall. King’s Bounty II is also difficult to navigate because your character can’t jump, so little ankle-high rocks, tall weeds or small ledges will block your path and constantly remind you that you are not walking around in an advanced 3D world. And speaking of walking, you move painfully slow too, even on horseback, which makes all the go-fetch quests all the more grindy. 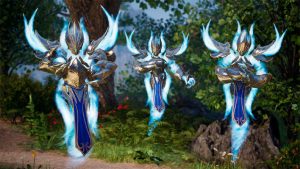 Regardless of the 3D interface, the core gameplay loop from other King’s Bounty titles remains the same here. Namely, you will need to recruit armies, group them together and slowly level them up by engaging in lots of tactical combat. Then you will earn money to recruit new kinds of troops and try to level them up as well, eventually building a core group of troops that are good for any situation (like armored knights) and then swappable support troops that can be dropped in for special battles (like healers who do extra ranged damage to the undead). 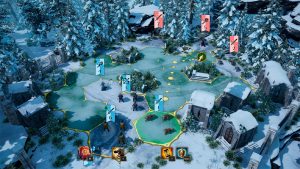 The biggest difference with King’s Bounty II is that you can’t really use the word army to describe your troops. They are more like squads or platoons. In previous games you might have been able to deploy a stack with hundreds of troops dealing massive damage like a true army. In King’s Bounty II, a fully leveled unit might have 10 combatants. 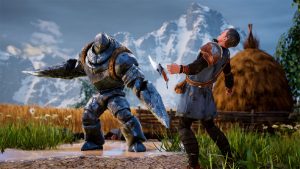 Again, changing things up and focusing on smaller skirmishes is not necessarily a bad thing, but it’s a lot different than what most longtime players will be expecting. The upside to this move is that the battlefield is a lot more detailed, with every single unit in the fight represented. If you have five war dogs in a group and they take a pounding, three of them might drop over dead, and if you are like me, you will feel that loss. It also makes it relatively easy to glance over the battlefield and see which flanks are doing well, and which ones could use some quick healing or magical artillery support. 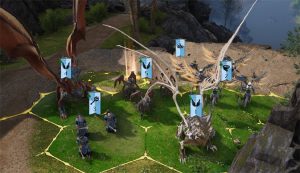 While the new 3D role-playing part of the game leaves a lot to be desired, the new tactical combat interface is pretty epic once you get the hang of it. There are even terrain features now in the battles, so it’s not just a fight raging across a flat map or hex grid. This gives you many more options for managing and controlling each battle. For example, if the enemy has archers up on a ledge where there is only one way to get to them, you can safely race a fast unit, like wolves, up there to attack them in melee. You probably won’t have to worry about getting crushed by more powerful enemies, because you can likely get in, make the kill, and withdraw before any enemy help arrives. 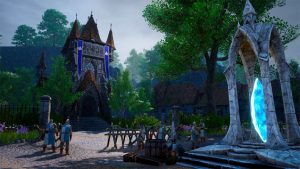 In fact, the new combat interface was so engaging that I often found myself kind of pushing through the RPG aspects of the game just so I could get into more battles. At one point early on in the game, I had the option of resolving something sort of peacefully or fighting, and I chose to fight just so I could play another battle. That kind of went against the role-playing aspects of the game in more ways than one, but I really just wanted to dive into another fight. 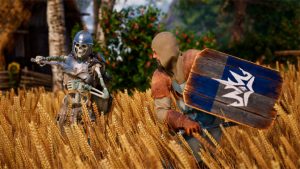 King’s Bounty II has a pretty nice story which follows on from the original game. There are a lot of bad things happening in the world of Nostria and it’s really up to the player to find a way to make everything work out. The strong plot helps to push players along, even through the grindy parts, so that they can help to resolve all the problems and become a true hero of the realm. 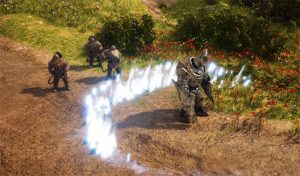 While fans of old-school King’s Bounty games (like me) might be a little taken aback by some of the radical changes made in King’s Bounty II, there are a lot of good things, particularly the detailed tactical combat, to like about it. It’s a good game, and it will be interesting to see how the franchise changes and continues to evolve from this point forward.

King’s Bounty II earns a respectable 3.5 GiN Gems. Give it a try if you enjoy tactical combat and don’t mind a little bit of somewhat clunky, light role-playing getting in the way of the more mesmerizing tactical battles.