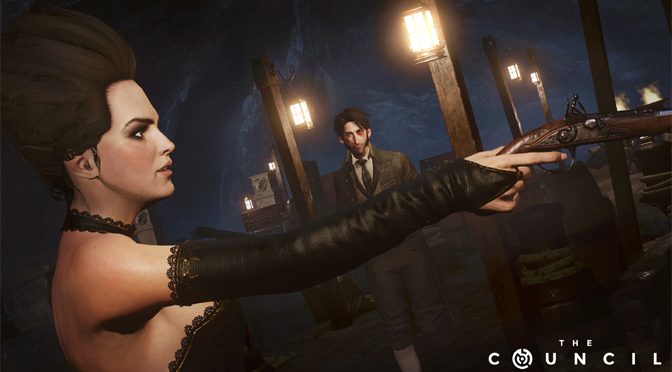 The Council Episodes 4 and 5

We have had quite a ride with Big Bad Wolf’s narrative adventure, The Council. It really did impress us when it first came out, offering a unique world filled with intrigue, mystery and even historical figures like George Washington and Napoleon. You can almost see us beaming in our review of the first episode of The Council. It had a great mix of mystery, puzzle solving and environmental type of puzzles, like learning enough secrets to impress other guests in conversations. There were also secret doors to find, lots of seemingly unexplainable things, and a foreboding feeling that something was very wrong. 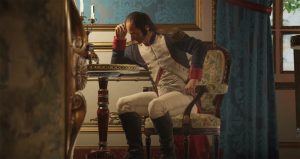 Episodes two and three didn’t go quite as smoothly for us. Our review pointed out that while the atmosphere of those episodes was unchanged, the shift toward a combination of time-wasting go-fetch or FedEx type quests coupled with nearly-impossible puzzles both acted like a stumbling block to our overall enjoyment. It would be difficult for most adventure gamers to push through those episodes, especially the third one.

Thankfully, episodes four and five got right back on track, so much so that we didn’t even realize where one ended and the next began. We played straight through, and had a great time doing it. The balance of interesting quests, character interactions and hard but not impossible puzzles was back in force in both episodes four and five. 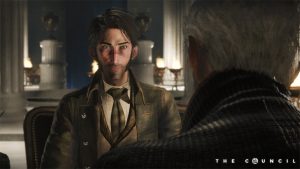 In both episodes we find ourselves still playing the young Frenchman named Louis de Richet. However, having located his missing mother in episode three, his focus now turned to the mysteries of the island. Your mother has some wild theories about what is really going on, and though it might sound crazy, your investigation eventually finds that at least some of it is true. You also discover that your mother is lying to you about some very important details. This just deepens the mystery and the plot.

I am going to try to write the rest of this review without spoilers, but it wont be easy, and a few things might slip. So if you don’t want to take the chance, just know that this is a very great narrative game if you can get past episode three and its impossible puzzles (you can find the solutions on YouTube) and drudgework type quests. For those of you still here, let’s move on after the video about the strong narrative within The Council.

What you discover in episode four fundamentally changes everything you know about the game world and your character. This is such a profound bit of knowledge that if this was a Cthulhu game, you would be making a hard sanity check. I have read comments on Steam where people say that the plot twist was so extreme that they stopped playing the game. A few people objected to the way the plot goes based on religious or personal reasons. It’s that big. Personally, I loved the plot twists and was eager to embrace it. I think most gamers will think what happens is pretty darn cool. 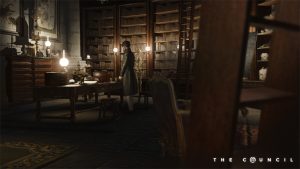 In addition to the new knowledge, you also get some new powers. These are more akin to magic powers than the science ones you had before. You even get a new hit point bar that governs how often you can use your new powers, and a new mechanic on how to refill those points. The one sad part is that you are led to believe that your new powers are sort of a level one kind of ability, and that more will follow. They never really do during the course of the game, though its possible that the developer has a sequel in mind where you can develop your powers more, though that would be a very different kind of atmosphere I’m sure, and maybe a different kind of game.

[amazon asin=B07BFDZ9YX&text=Start a new narrative adventure with a copy of The Council from Amazon!]

The puzzles in episodes four and especially five all make sense, and can be made easier by using your scientific powers to get additional clues, or to analyze the situation further. In this case, one of the most difficult puzzles, arranging guests in a certain order as you visit a sort of dream world, is also one of the most fulfilling to study and eventually solve.

There are also some very intense conversation confrontations in the final part of the story. And depending on your choices, your very life might depend on the outcome. In one of the final conversations, I ended up spending 12 points on a logic-based response (over half of my total effort points) just to ensure I wouldn’t die right there on the spot. And I was still sweating what would happen. That was an intense and heart-pounding moment to be sure. 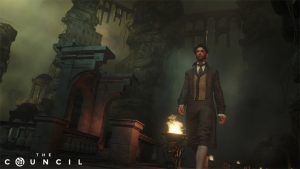 There are a few possible endings. I went back and tried a few different paths and all of them were really interesting. This mostly changes what happens to your personal character and to a lesser degree the non-historical figures in the game, whose fates are wrapped up in post-game monologue like the Fallout games. Historical figures keep their destinies intact. Napoleon will still be emperor of France and George Washington will still be the first president of the United States regardless of your actions, though your fate will swing quite a bit from being dead to having ultimate wealth and power, with a few possible stops in between. If a sequel is ever made, I wonder which ending will be considered canon, though I can probably guess. 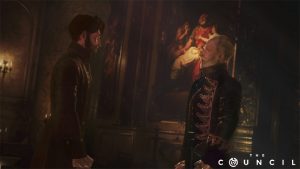 Although it had a few notable stumbles along the way, The Council ended really strong in all aspects. Assuming developer Big Bad Wolf learns from its missteps, it could easily make a play as the new narrative-based game developer to watch. With the passing of Telltale Games, that door is wide open, and Big Bad Wolf demonstrated the ability to step up with The Council. It’s a really interesting game, a great experience to play, and offers a look at a different and cool way to approach narrative mysteries.

As a whole series, The Council earns 4.5 GiN Gems out of 5 overall. It’s not a game that those who love storytelling, mysteries or spooky plots will want to miss.