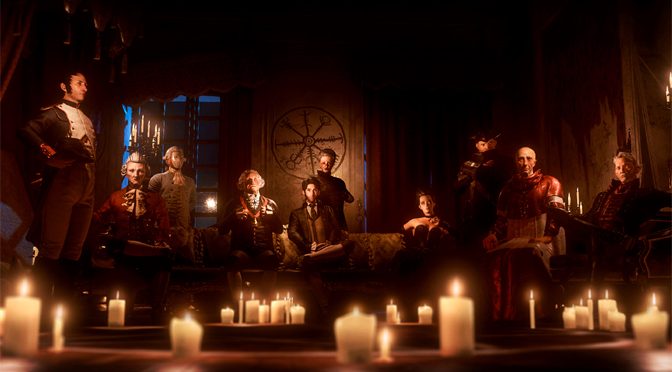 George Washington, Napoleon and a cardinal walk into a bar. That is either the beginning of a very bad joke, or the start of a very good adventure game called The Council, now available for consoles and the PC. The Council is an episodic adventure game with a distinctive Lovecraftian feel, though I have not yet encountered anything supernatural, just lots of unusual things. There are apparently five episodes in the full series, of which only the first one was available to review. Players can purchase the whole series now, or just first game and then pick up the new ones piecemeal for a few dollars each later. Generally speaking, there is more than enough here to justify the price, especially if this kind of game is your cup of tea. 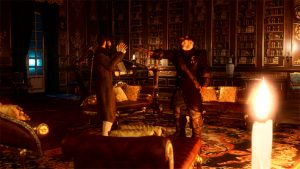 The first episode of the council, called The Mad Ones (though I never found out why in my play throughs of episode one) takes place in 1793. You play a young Frenchman who is technically an aristocrat, named Louis de Richet. His claim to fame is that he is part of a secret society that is more or less like a 1700’s version of The X-Files. The head of the society is your mother, but its pretty obvious from the start that she is keeping a lot of secrets from you. So, while you may be the ranking member of the society when your mother is away, it does you little good because you have little idea what is really going on.

The setting for the first episode could not be a better one for this type of mystery adventure. You are a invited to a private island sitting somewhere off the coast of England by the enigmatic Lord Mortimer. I recently set a homemade pen and paper Call of Cthulhu game in a similar location, so was pretty stoked to find a mirror-like setting here. Like I say, the location is perfect.

There is a lot of peculiar things about Lord Mortimer, including the fact that he only briefly shows up at the very end of the episode, and only then if you make a very select group of choices that forces him to appear. Stranger still is how he was able to construct what would be the equivalent of a multi-million dollar mansion today, complete with more five-star bedrooms than a grand hotel, spacious dining rooms, one of the biggest libraries you have ever seen, a well-manicured garden (which you also wont get to enter in episode one) and a portrait gallery stuffed with some of the most beautiful and valuable works of art in the world. 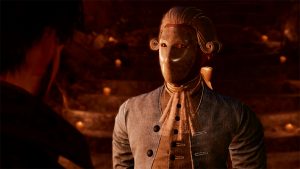 Stranger still, all his servants wear full face masks and dress identically, so you never really know if you have ever talked to one before. You can’t even tell how many servants he has. I think I saw three of them together at one time before, but whether there are just those three or 300 more hiding in the wings, I have no clue. Couple that with the eerie decorations in the strange mansion, and it just gives you a sinister feeling that something is not quite right about this place that you are visiting.

The game does a perfect job of adding little strange touches to the story. For example, during one elegant dinner, the room started to fill up with bright orange, I assume Monarch, butterflies. Why were they there? Where did they come from? Nobody seems to care much about them, but it was just another strange little thing in an already odd place.

[amazon asin=B07BFDZ9YX&text=Come check out this amazing masterpiece. Answer your invite to the The Council’s party with a copy from Amazon!]

Then there is the guest list, which includes some of the most famous people in the world at the time. That includes Napoleon Bonaparte (before he was the emperor of France) and President of the newly-formed United States of America, George Washington. Some of those folks, like Washington, are actually part of your secret society, so act as immediate allies for you once identified. But, wow, it would have been nice if your mom gave you a little bit more information. 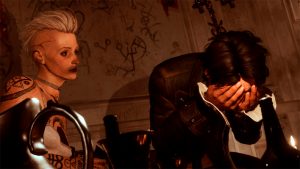 Which brings up the reason you are there in the first place. Your mother was invited to the island, but then went missing. Lord Mortimer invited you to the island to help look for her. However, once you arrive, depending on how you choose to investigate, you learn that your mom may not be accidentally missing. It seems more like she is intentionally hiding, and could be in danger. But then again, you just don’t know.

Gameplay is not unlike the Telltale series of games, with some notable deviations which I quite enjoyed. For one, there are no (at least in the first episode) quicktime events. You don’t need to worry about dodging spears or ducking under falling rocks. The Council puts the role-playing elements front and center, facing you with deep choices that don’t require twitch gaming. 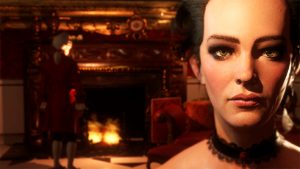 What you do have to aid in your interactions with other characters and the world in general are 15 diverse skills that can be employed to give you an edge. As you earn experience, you invest in these skill points, which makes them easier to use later on. How it works is, let’s say you have a dialog choice when talking with someone. You can give normal non-skill based answers, and sometimes those are okay. Or you could select a dialog option that involves one of your skills like diplomacy, politics or manipulation. Skills cost a certain number of points to use, normally between one and three, which comes off of your stamina score, of which you start with about six points. So let’s say a use of diplomacy costs three points, but you have it a level two, then that is subtracted from the total and you only spend one stamina point to use it.

That means that you probably want to try and unlock every skill at the first level, which gives you access to it, even if using it for a high level task would be expensive. You also have to be careful, because different characters have resistances. Try and use Politics against George Washington and you will get “blocked” which staggers you and makes you feel a little off, suffering a penalty to future skill uses until you take the right medicine. Characters are also especially vulnerable to certain skills. Using something like Manipulation against one of the servants, who are weak to that, grants an instant success. Your journal keeps track of each known strength and weakness you discover, so you can use the right tool at the right time. 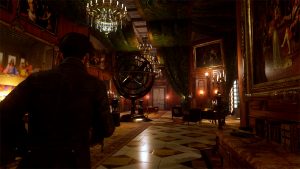 Skills in the world, like lockpicking to open up a hidden chest or athletics to jump up and grab something on a high shelf, works just like the other interpersonal skills, only inanimate objects obviously have no vulnerabilities or resistances beyond the obvious, which is represented by the difficulty of the task.

The whole point of this system is to make it as seamless as possible, so that you can concentrate on the mystery at hand, and keep your eyes wide open to the many plots going on all around you, or against you as the case may be. There is a lot to do on the island, and about four hours or so of gameplay in episode one. There are romance options, interesting choices, and permanent consequences like disfigurement if you go down some dangerous paths. The replay value is pretty high too, as there are a lot of choices and different ways to approach problems. There are also no save and load features, so all choices are permanent. 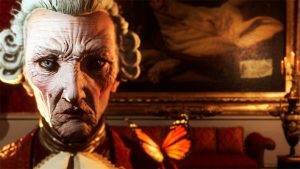 The Council is a breath of fresh air in the story-based game genre. There is a nice system in place that makes it very role-playing like, but it’s hands off enough that you can focus on the story, which is pretty amazing. Anyone who is even a little bit into narrative gaming will want to answer the invitation to that eerie, secluded, celebrity-packed island to join The Council.