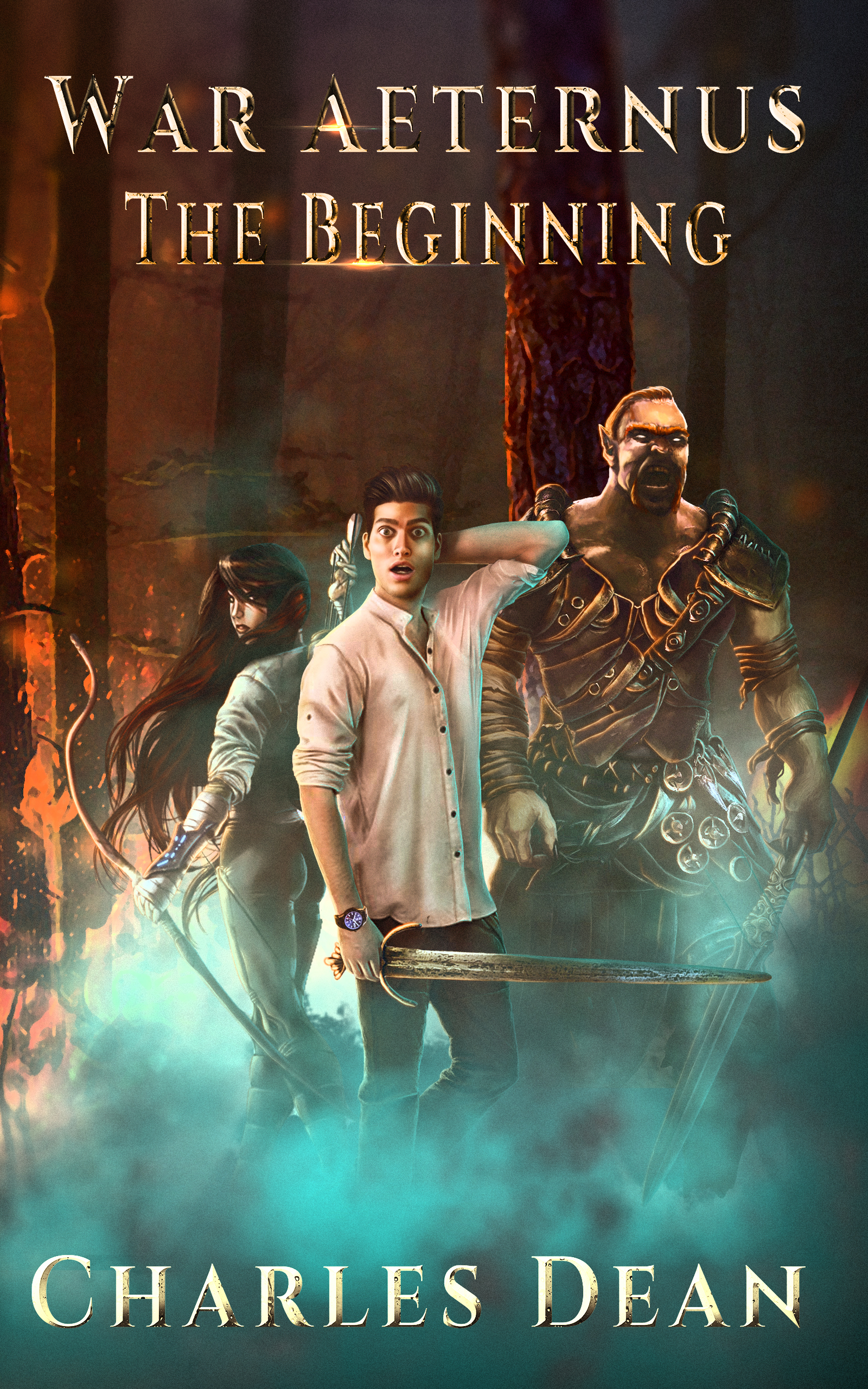 This week for Bookish Wednesday I’m covering the first in a rather interesting LitRPG series. It’s War Aeternus: The Beginning by Charles Dean!

Plot Synopsis: Lee is a quiet and unassuming office worker who leads a life of solitude, comfort, and routine. Day in and day out, he shuts off his brain, keeps his head down, and goes about doing his job and minding his own business. That is, he does until a drunken god shows up randomly one day and whisks him off into another world, demanding that Lee serve as his pawn in a game between the gods.

Plot: The plot is fairly typical LitRPG mixed in with the Isekai genre that you’ll probably recognize from many books or even Anime. However the new thing here is what Lee has to do in this new world he finds himself in. I won’t spoil it, but it’s probably not what you are thinking. Some people might offended by it, but the fact that Lee is so uncomfortable with the job he’s tasked with mitigates any offensiveness in my book. Not that I was particularly offended at all mind.

Characters: The entire cast is awesome, but Augustus is probably my favorite. However Lee is the real star of course, and it shows. However if Augustus is my favorite, a very close second is Lin. And by close, I mean I only picked Augustus because of his eccentricities, otherwise it’d be a straight tie between the two. The

Overall: This is a great read, or even better listen, for those who like the LitRPG genre.

For those who like: LitRPGs, Isekai, Comedy, Excellent Plot, Fantastic Cast of Characters.