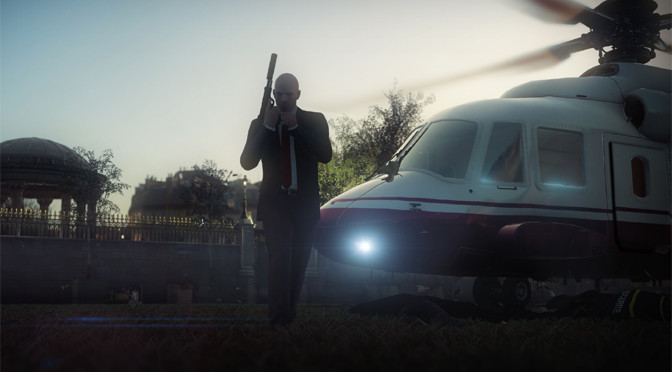 I have been a huge Hitman fan for many years. In fact, during the run of Hitman Absolution, I was briefly ranked as one of the top ten assassins in the world. But my history with the franchise goes all the way back to the beginning, when developers from IO-Interactive showed me a game at E3 they were making that they described as a “thinking-man’s shooter.” I honestly thought it was one of the cleverest titles I had ever seen.

Fast forward to 2016, and a lot has changed. It’s safe to say that the series has had a lot of ups and downs over the years. There have been some amazing missions that players have been able to undertake, and everyone can approach them differently. I remember some of the best, like dressing up in a giant yellow chicken suit to try and prevent an assassination (by killing your rivals) during Mardi Gras, or planting a gun on a tourist to create a distraction which let Agent 47 slip into the White House on a mission to kill the Vice President. Or there was the time we thought we were dead, only to find that it was all part of a bonus mission where you could get resurrected and turn the tables on your tormentors at your own funeral. Thinking man’s shooter indeed.

Yet, some people started to complain that the series went off the rails a bit, and I would have to agree. The later titles seemed to concentrate too much, for my tastes, on earning social media-like achievements and trophies by killing targets in funny or unique ways. And you could not earn all of them, or even a majority, in a single play through, since your target can’t die in a fireworks explosion AND while being electrocuted in a urinal. This put the emphasis on playing and re-playing levels, not so much because it was a fun thing to do, but because you simply had to if you wanted to earn all the possible trophies and points. For me, Hitman was always about looking at an impossible situation and figuring out a way to get around all those layers of security to somehow eliminate your target. It always made me feel smart when I did something like hiding my gun inside a turkey. I wanted to figure out a way through the level and be happy with how I did it. Going back later might be fun on those signature levels that I loved, but only because I wanted to do it.

So when I saw that the latest game in the franchise, called HITMAN in glorious capital letters, was going to be launched episodically, I was of mixed feelings. When the new HITMAN was originally conceived, it was billed almost as an online game, where we would be flying around the world taking on lucrative contracts that changed every day. It sounded amazing. For whatever reason, that idea got scaled back quite a lot. We still have an online component with HITMAN, but the environments are much more limited. That is not to say that the levels aren’t amazingly complex, just that there are few choices where you are going to play. The original game launch only includes the tutorial training missions and then a fashion show at a palace in Paris.

On the bright side, HITMAN is extremely cheap. You don’t have to shell out $60 on a game and then find that you don’t like it. While you can buy the “Full Experience” for $60, which is the equivalent of a season pass elsewhere, you can also just buy the Intro Pack for $15 to begin your journey to get the tutorials and Paris level. If you buy a la carte, then each new location you pick up is $10. I think this might bring more people into the franchise, and who knows how many of them will fall in love with it. Getting the intro levels and Paris for $15 is an incredible value, especially if you don’t mind replaying levels to try new things.

If you want the schedule, HITMAN starts with the prologue and the Paris location available now. Italy will be releasing in April and then Morocco in May. From there HITMAN will deliver regular monthly content updates, including three additional locations; Thailand, the United States and the season conclusion in Japan later in 2016.

The tutorial missions are not much to write home about, but the Paris level is graphically impressive. There is a fashion show going on inside the palace, which is a fantastic location anyway. There is a wild upper class party going on in the lower levels, the fashion show runway and lots of backstage intrigue. The level is also layered, with servants in the basement kitchens and wine cellars, show technicians manning spotlights on the second level, a VIP area on the third floor where a terrorist auction is taking place, and even some interesting things happening in the attic of the palace. Outside on the grounds there is an outdoor party on one side and the army of support staff staging on the other. Out back, the sprawling gardens contain a helicopter, a VIP photoshoot and even a river with firework boats being readied for a show. Almost any of that can be used to your advantage to distract security or get close to your targets.

One of the fun things about the level is figuring out what outfits are accepted in different locations. A waiter’s suit might give you access to any area with guests, while you might need to pretend to be a stylist or even a model to get backstage. Upstairs might require a technician’s badge. Security is accepted at most places, but there are different levels of security at the event, and the really elite defenders all know one another, so just putting on one of their suits won’t always cut it, assuming you can find any of those outfits or relive someone of theirs in the first place.

Then there is the problem of actually killing your targets. Can you get close enough to them to poison their drink? Drown them in a sink? Use the old fiber wire? The fact that there are two targets also poses a bit of a problem in the Paris level. If you noisily kill one target and it doesn’t look like an accident, the second one’s security might put them in lockdown. So you need to kill them at the same time, or quietly kill at least one of them so the other doesn’t suspect that something is up.

It took me about five hours to prowl through the level and come up with a solid plan for making the perfect kills. I actually completed the level once or twice in what I consider a sloppy fashion before I found my signature way of doing things. So here I was doing some replaying, but it was because the level was so well designed that I wanted to keep playing. Yes, there are achievements to earn, crazy stuff like throwing one of your targets off a high balcony onto the second target walking below to kill them both, that you can earn. I didn’t feel the need to do so, but they are there if you want to try. Earning experience points that way unlocks new weapons and starting locations for the Paris level which might make subsequent tries easier.

Once you have done all you want with the main storyline contract, there is also Escalation Contracts which seem to update each week or so. These use the same Paris map, but have different targets. The goal is that there are six phases in an escalation contract, with each one adding a new layer of difficulty to the same target. You need to complete all six levels to win one of those. So first you might need to kill a person, let’s call them Joe Smith. Then in level two you have to kill Joe Smith with an ancient battle-axe. Then in level three, Smith has to die with a battle-axe while you are wearing a waiter uniform. Then in level four, they might add another target in addition to Smith. Finally, the last level normally puts in a strict time limit or something bizarre like trip mines all throughout the level. You play each one in order until you have solved the full escalation contract.

There are also Elusive Targets which pop up. You only get one chance to kill one of those targets. And they are only available for two days. I kind of hate that because I keep missing them. I have a season pass which Square Enix was nice enough to provide so I could review the levels for GiN, but because I have not been online during that window, I have not been able to stalk an elusive target. I think that people who bought the game should be able to experience that content. Even if it does not count in terms of points or whatever, just because we could not get on one weekend (or didn’t even know when the target would appear) should not mean that we miss out on the fun of the hunt.

I’m not completely sold on the idea of an episodic HITMAN yet. The Paris level is starting to feel a bit like Groundhog’s Day. For example, just like in the movie when Bill Murray knows that the bank guards are about to turn away because he’s lived it countless times before, letting him pick up a bag of money and casually walk away, I know the routines of the security guards throughout the castle now. There is one guy guarding a door and I know that some girl will come up and ask about the bathroom, distracting him so that I can slip past. So I just go into the hallway now and sure enough, the girl who needs to pee comes right around the corner on schedule each time. And I can’t go on to play a new level because they are not out yet. So for someone like me who wants to dive in and fully experience HITMAN, I’m a little frustrated at being held in the gates of the first mission.

That said, there is a ton of content here for $15, even if you don’t end up buying the rest of the series. You are basically purchasing part of a AAA game for that, with the full complement of online support including the escalation contracts elusive targets – assuming you can get online while they are available. And the Paris level is almost as good as those elite levels I talked about at the beginning of this review. If all six of the announced mission levels are that good, then HITMAN should become a bit hit (pun intended) based on the quality of the content alone.