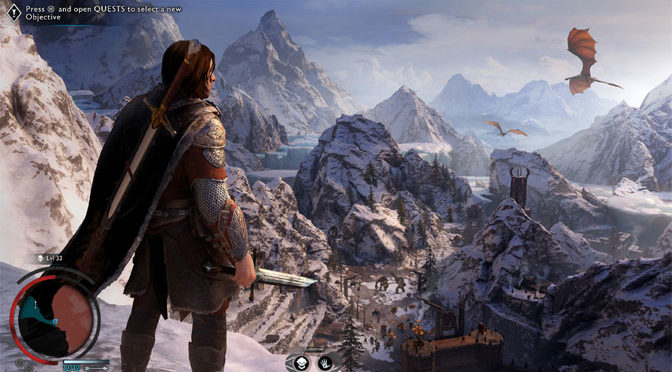 Middle Earth: Shadow of Mordor featured an innovative Nemesis System that gave enemy Uruks a unique personality. No matter who you fought, you knew you’d fight someone who had their own specific strength and weakness sets. They also remembered when they fought you before, if they retreated, or even if they killed you, and each would taunt you accordingly. It was such an innovative feature that I ended up spending more time playing with that instead of the main campaign. 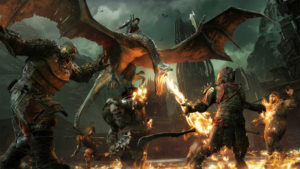 Well, that’s what Talion has to go through after the events of Shadow of Mordor. Returning to Mt. Doom along with his wraith companion Celebrimbor, they forge a new ring without any of Sauron’s corruption. However, after Celebrimbor’s abduction by the spider Shelob, Talion agrees to give her the ring and assist her against Sauron.

Shelob sends Talion to Minis Ithil, only to find that the residents there hold the Palantir. However, the Witch-King of Gondor attacks the stronghold, recovers the Palantir, and takes over, renaming the stronghold Minas Morgul. The Nazgul are sent after Shelob, but Talion stops them, and reacquires the ring in order to fight Sauron.

From there, the majority of the game centers around Talion building his army to stop the Nazgul. He first encounters an Uruk named Bruz, and upon dominating him with his ring powers, Bruz assists with how to build an army to stop Sauron. 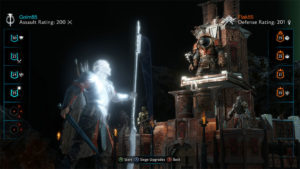 In doing so, Talion can build an army strong enough to infiltrate enemy strongholds, gain additional intel to what he acquires through normal domination, assign them as possible bodyguards for a Warchief, and have them turn at the right time to weaken their army.

But the real action comes during the sieges. By assigning an army with up to six warchiefs, sieges are done in a standard domination control point style battle leading up to a final confrontation with the stronghold’s Overlord. Once conquered, the stronghold falls to the control of Talion.

[amazon asin=B06X9D21JD&text=Raise your own armies to challenge the might Sauron’s reign with a copy of Middle Earth: Shadow of War from Amazon!]

The game takes place in four acts, with the majority taking place in Act 2. Act 3 leads up to a final battle, so to speak, and as for Act 4, I will get to that later because it is the subject of contention. 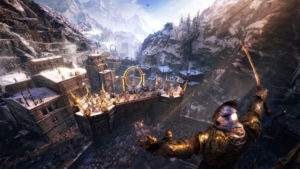 Graphically speaking, Middle Earth Shadow of War is a fantastic looking game if you have the horsepower for it. Originally the game was tested on both the Xbox One S and my laptop. On the X1S the images are good for what the system has, though the frame rate did have some issues from time to time; more so during sieges. The PC version, however, despite me having to lower the graphic quality for the somewhat aging hardware, was able to play the game at a very smooth 60 frames per second.

But it is on the Xbox One X where the game really shines. Granted it only runs at 30 frames per second like the S version does, but the visuals are vastly improved. Graphics can be set to one of two options. Favor Resolution mode will play the game in its native 4K resolution, but it is the Favor Detail mode that most will use. While it will not run at full 4K resolution, it greatly improves the graphic detail in the textures and draw distance, making the game look absolutely stunning. It triumphs over all the other versions available, even that of the PS4 Pro. For those who have an Xbox One X, this is definitely one of the showcase titles to use on it. 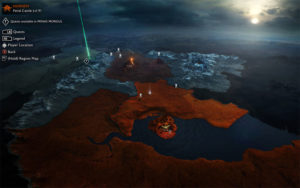 While a lot of people will think I am gushing over how good the game is, especially with its awesome siege battles, deeper Nemesis System, and gorgeous 4K visuals, there is something that needs to be addressed. Before its release, controversy came out over the addition of loot crates, purchased by gold that is either earned in game or with actual money. These boxes could earn either special abilities for your armies, or even Legendary class warchiefs. These characters take a bigger role during Act 4: a ten-stage gauntlet of up to four stronghold sieges. There were those who claimed the only way to finish Act 4 was to pay to win, but I am one to say that is not the case. While Act 4 could take up to ten hours to finish without spending a single dime on microtransactions, the sting is still there. But to those people all I have to say is, go look at what happened with Battlefront 2. That’s where the pay to win system ruined a game.

In the end, Middle Earth: Shadow of War is a blast to play. The action is fast, the Nemesis System is better than before, and the sieges are so much fun. And if you have a 4K HDR television and an Xbox One X, prepare to be blown away. Just ignore all the microtransaction complaints, because they were greatly overblown! 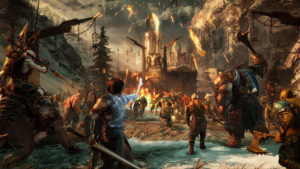 Pros: The superior Nemesis system from the first game is better than before. Building up an army of Orcs is a game in itself. Sieges are quite fun. Looks amazing, especially on Xbox One X.

Cons: While I didn’t spend money on them, some will be turned away by microtransactions. Act IV can be quite the grind if you don’t spend money, but it can be beaten.