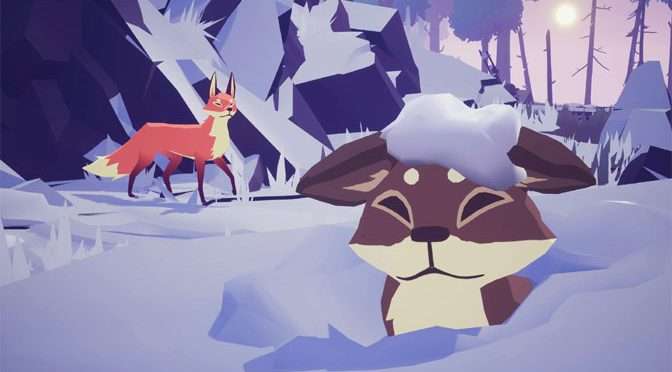 Welcome to a dystopian world where the air you breath is toxic, and several animals have gone extinct. In Endling: Extinction Is Forever, you play as the last mother fox on earth.  As the fox mother, you must hunt for and protect your new litter of pups while humans destroy your home and try to kill you. One morning a trapper kidnaps one of your pups. New scent trails provide clues for what happened and help you with how to rescue your pup. Food is scarce, and if you can’t feed your pups quickly enough, they will die one by one. 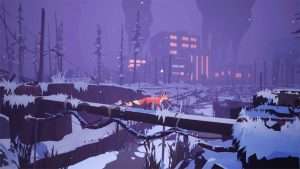 The art style is simplistic, but gorgeous. The colors are rich, and the scenery is immersive. The movement and mannerisms of the mother fox are very realistic. After playing for a few hours, I started to look at my German Shepherd differently because they looked so much alike. The pups each have their own color scheme, and you can customize their coat patterns. After the pups first ventured outside the den, I noticed that the coats don’t turn out exactly how I choose. Their colors become more muted and natural, but that creates a fun element of surprise each time.

The music is breathtaking and harrowing. I would listen to the gameplay music outside of the game if I could. The sound effects are very helpful and do not detract from the game play at all. The audio does a great job of conveying sorrow, danger, urgency, and even sometimes hope.

I first played Endling using keyboard controls. I was able to make it work, but it was sometimes distracting because I had to keep looking down to see what keys to push. I also had a hard time remembering what keys did what. This may just be a personal issue, as this is the first game I’ve played using a keyboard. After switching to a PlayStation controller, I enjoyed the game much better. It looks like the Steam version also supports Xbox and Nintendo Switch controllers, so you can choose what best suits you. 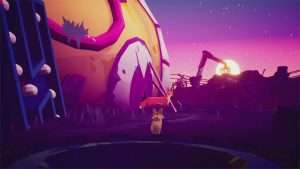 The game only saves when you return to your den at the end of the night. You cannot manually save. The only way to start over at the last save point is to restart the game or have the mother fox be killed. I did run across a few bugs that made me use that tactic. Once, one of my pups got stuck in an area and I could not get them back out. The game wouldn’t let me return to my den for the day without all pups alive. So, instead of waiting for us all to starve, I just rebooted the game to start the night over. Another time one of my pups started glitching out. They wouldn’t eat or interact with any environmental areas, and I couldn’t pick them up to carry them home.

The main reason I would force kill the mother fox is to start the night over after losing a pup. With the first couple playthroughs, I continued one after my pups died, but after reaching day 20, I didn’t feel like starting all over. 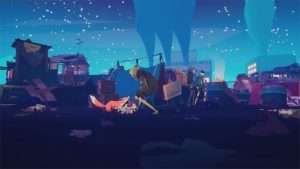 Endling is a lot of fun to play once you get familiar with the strategy. At first, it felt like my pups were dying very quickly. You can’t be too timid in your search for food. Even though the game says you must return to your den before daylight, it’s more important to return with full bellies. While berries, apples and eggs may respawn, live animals will not. You have to explore into the unknown and travel far from your den at times to make sure everyone stays fed. This will expose you to more risks, especially the longer you stay outside. 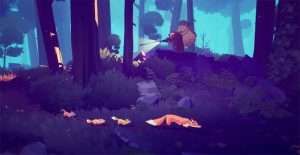 On a few nights, it was raining very hard. The sky remained dark during the morning hours, so I felt more comfortable staying out later than usual. There are several areas to explore and different events that are only available for a limited time, which keeps the game interesting and fun. You can also teach your pups different skills, such as climbing, squeezing into tight spaces, and disabling traps. While searching for your lost pup, you make a few friends along the way. You also uncover more about the state of the world and your friend’s fight for survival. 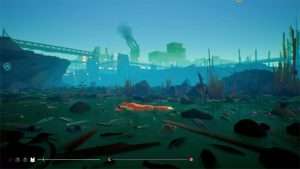 At $29.99, the game feels slightly overpriced. I know it’s nitpicky, but I would be more willing to pay $24.99 for the game as it is rather short. You can finish in about six or eight hours if you know what you’re doing. Also, I don’t want to spoil anything, but some players may not want to replay the game. The ending was an emotional roller coaster, and at first I didn’t think I would want to play again. 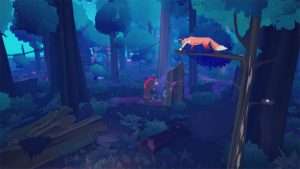 After processing the ending for a few hours, I decided I enjoyed playing it enough that I would replay it even with the knowledge of how it would end. The story arc feels complete and well timed; however, I was expecting to be able to play for longer.

Overall, Endling: Extinction Is Forever earns 4.5 out of 5 GiN Gems. The game is utterly beautiful, both visually and in its storytelling. It’s just as much a story about humanity as it is about animal survival. Prepare to fall in love and get your heart broken with this title, but the journey is more than worth it.