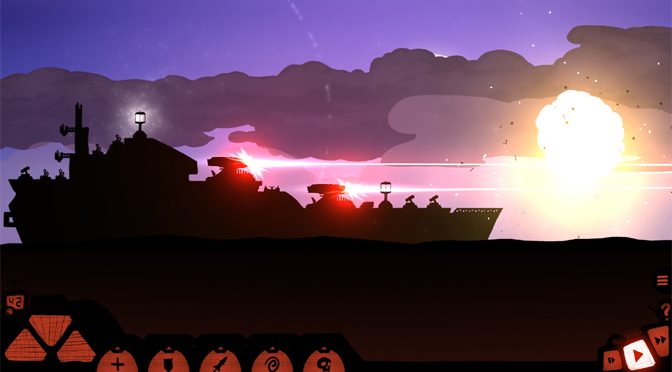 It has been a long time since I have had so much fun with a game. Battlecruisers on the surface is a surprisingly simple title that pits huge ships in one on one battles where the winner gets to sail on to the next conflict and the loser goes down to Davy Jones’ locker.

Battlecruisers was recently released on Steam for the amazing price of just $5. And from the hours I have spent with it, I can say that it’s worth the money. The game brings to mind other titles like the classic Worms or the more modern ShellShock where you deliver a ton of ordinance at your opponents while hoping that you don’t take too many devastating hits in the meantime. It calls to mind the popular Forts game on Steam too, although in Battlecruisers you don’t have to worry about actually constructing your base, just the components, defenses and weapons that will populate it. 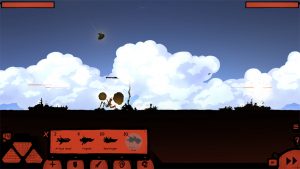 Developer Mecha Weka has set their game in the future where the Earth is devastated and covered by water. Humans also seem to be non-existent in this world, because the battlecruisers that populate it are all run by robots.

There is not much of a plot, though that is not why someone would play this game. Basically, you steal a giant battlecruiser and take it on a worldwide joy ride. Along the way you will fight other battlecruisers from various nations and pirates. Your only goal is to keep on sailing, beating up your opponents and then cruising on to the next battle. Every victory awards you components that can be used to upgrade your ship with new weapons or defenses, or even new capital ships that serve as your base of operations.

When each battle begins, both you and your opponent will have a capital ship battlecruiser with empty decks. Your only starting resource will be a small collection of drones that can build components. The first thing you will probably want to do is have them construct a drone factory, which gives you a few more drones and thus more freedom to begin working on some of the cool offensive weapons the game offers. 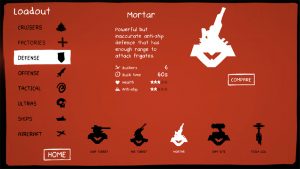 While you are building up your infrastructure, you need to keep an eye out on your opponent. There are three buttons you can use to zoom in to your own ship, zoom in on your opponent and get an overview of the battlefield. You need to watch your opponent because the computer will sometimes rush you with cheap units, and if you are busy constructing drone factories instead of defenses, it can lead to an early sinking. 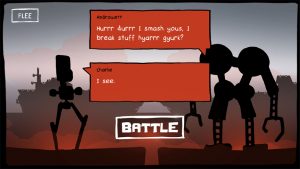 Assuming you survive any initial rush, building bigger ship weapons will be your goal. Many of them require a certain number of drones to construct. For example, an artillery piece requires 10 drones to build and also takes a lot of time, so you have to decide if you want to begin working on that investment or concentrate on other assets like an air or sea unit factory. Factories are relatively cheap to build, but once constructed, you then need to devote drones to actually making things like bombers and frigates to attack your opponent as they don’t do anything on their own. 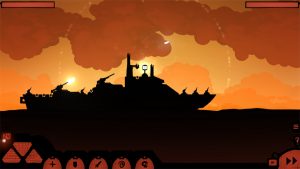 There are also some comically powerful weapons you can eventually build called specials. They are things like killer satellites and of course nuclear weapons. The nuke is kind of a crazy over-powered weapon, as a nuke should be. It takes a long time to build, but once the missile launches, it’s a guaranteed kill. This allows for purely defensive strategies where you build shields and ship defenses to keep the enemy away, and then concentrate on making a nuke to end the battle. 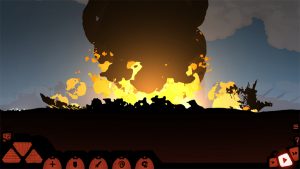 Battlecruisers has a natural progression where you get increasingly better weapons and defenses, as well as better capital ships. Each main battlecruiser also has a special power, like stronger defenses or faster build times for certain kinds of units. They also have different amounts of slots and masts for installing equipment. They don’t really differ too much, but enough so that you can find one that enhances your overall strategy or build preferences. 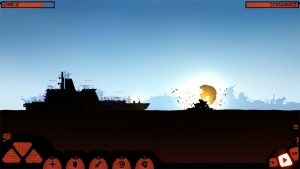 There is a surprising amount of depth in the strategy of Battlecruisers. I did everything from mad rushes that snuck in under my opponent’s early defenses to long slug fests that came down to who could absorb the most damage while dishing out more than my opponent could take. Support buildings add even more options to the mix. Once I became familiar with how everything worked, I was never in any real danger of losing battles. 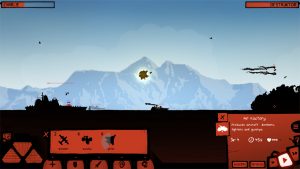 Battlecruisers is a surprisingly good find, and a great value for just a few dollars on Steam. It’s accessible to anyone, especially with difficulty settings that can lower your opponent’s functionality, but also challenging. Most of all, it’s a lot of fun, especially when you get to do something cool like dropping a nuke straight down their smokestack.

Battlecruisers earns 4.5 GiN Gems overall for being a fun and accessible little game that is available for a great price.

One thought on “Fighting Fun and Simple Skirmishes with Battlecruisers”