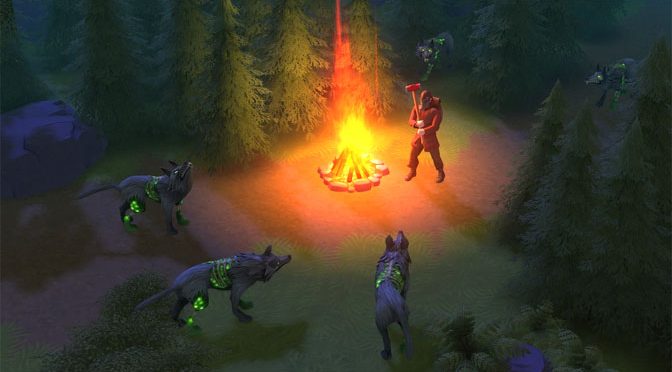 Those of us who enjoy survival games, and especially post-apocalypse settings, have had it pretty good lately. After many stops and starts, The Long Dark is finally roaring towards its conclusion, and getting better with each new episode. The Subnautica series continues to make a splash with gamers, moving to NextGen consoles and also launching the Below Zero sequel. There have even been some really good indie projects, like Arid, which takes survival titles to new settings. 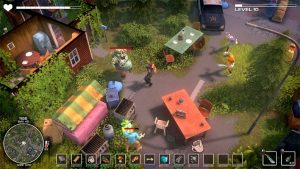 So I was pleased to find that Dysmantle had launched on Steam, after spending quite a lot of time in early access. I had been following the game with the oddly spelled title on and off as it developed, but missed the November launch. Luckily, I reacquired and reacquainted myself with it. Dysmantle is one of the zombie apocalypse type of games, though it severely mixes genres and adds in a lot of features that you don’t often find together in a single title. Given that the developer of Dysmantle is 10tons Ltd, the makers of such diverse titles as Undead Horde, Crimsonland, Neon Chrome, JYDGE, Tesla vs Lovecraft and more, it’s not too surprising to find such an eclectic mix of things to do in the game. 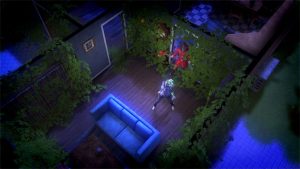 The general plot of Dysmantle is that the world was ending, and the main character decided to load up his bunker and prepare for the worst. That is exactly what he did, emerging eight years later when the food pantry in his underground fortress finally started to run out. He emerges into a largely intact world, but one that has been abandoned and overrun by vegetation and monsters. All of the people are gone, but they are replaced with these odd zombie-like creatures covered in crystals. Most of them just want to punch you to death, although some have special powers, ranged weapons and things like that.

So, this is definitely a survival game, but I would almost classify it as a “survival light” title. You don’t have to worry about things like hunger and thirst like you normally would in most survival games. Instead, if you collect food items and a recipe, plus craft cooking gear, then you can create eatable delicacies that give you a permanent boost to your stats moving forward. While food is completely optional, there is no reason not to make recipes that improve your character. 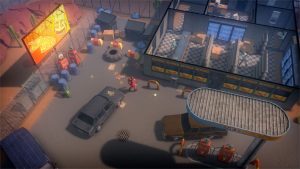 In fact, the core of Dysmantle is crafting, or I should say, gathering the elements that you need to craft items. You start the game with a simple crowbar, but it’s enough to break down things like deck chairs and barbeque grills for wood and metal scraps, or some of those many vines covering everything for plant materials. A big part of the game is spent breaking down items for materials, stuffing them in your backpack, and then traveling back to a campsite to dump everything into a metal box with unlimited storage space. All campsites in the game are linked, so stuff you dump in one is available at every other site in the game. You need a ton of materials to make things, and even more to improve them once created. Thankfully, almost everything in the world is breakable if you have upgraded your weapons and tools enough, so be ready to breakdown lots and lots and lots of objects for crafting materials. 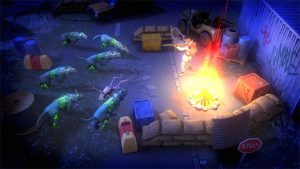 The monsters in the game are challenging, especially at first. Dysmantle could do with a little game balancing for the early part of the game, when your first level crowbar barely takes a third of the health away from a standard zombie person, let alone some of the advanced enemies. Later on, you can improve your weapons and armor and things kind of get easier, but that early going can be rough enough to discourage more casual players from sticking with Dysmantle and really discovering the good parts. 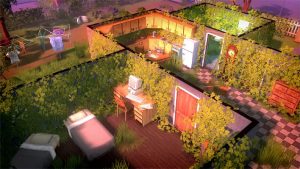 Another difficult thing about the early game is that all of the monsters respawn when you die or even rest at a campsite. So, if you took your time and killed a ton of the zombies, but then got killed by one (or more likely a group of them), then too bad, because all the ones you killed before will pop back to life. Eventually, once you hit level seven, you can craft a transmitter device to install into the local radio towers that makes it so killed zombies in that zone stay dead, but again, this just lumps a lot of unnecessary difficulty into the early part of the game when players should be getting hooked instead of frustrated. After you can make it so that the zombies stay dead, the difficulty really levels out quite a bit. You earn experience for everything you do in the game, from gathering materials to killing zombies, so grinding up to level seven so that you can craft the transmitter is not a bad strategy. 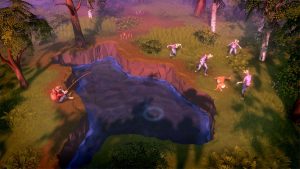 The combat mechanic is passable. I’ve seen better, but don’t have too many complaints other than the fact that your character always wants to turn to face the bottom of the screen by default instead of holding his previous position – something that is annoying both in combat and when trying to dismantle crafting materials. Thankfully, there is no real penalty for dying in the game. You simply respawn back at the last campsite your visited. You will also need to retrieve your stuff from your dead body, though only the crafting materials that you had gathered in your backpack are ever lost, so probably no big loss if you don’t go back. 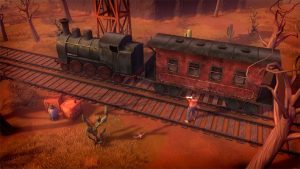 Graphically, the game looks pretty great. It has cartoon like graphics, and will likely remind players of Torchlight or other games with a cartoony aesthetic. They fit perfectly with the “light” nature of Dysmantle’s gameplay. The sound is not bad. There are audio logs you can find in the game that sort of fill players in about the history of the world and what happened. In general, the sound was pretty good, but the graphics really take the cake in Dysmantle. 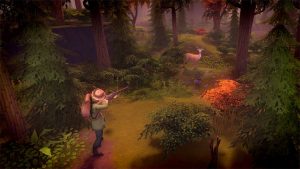 Probably for many players who like these kinds of games, one of the best parts of Dysmantle is the huge map that is ripe for exploring. There are even several puzzles to solve, and plenty of little hidden things off the beaten path. In the early game you will likely be exploring because you need to find crafting materials, but as play progresses, you may find yourself just doing it for fun, looking for more secrets and interesting things to uncover. The other thing that I especially enjoy about Dysmantle is that you can play at your own pace. Because you are not on a food, sleep or thirst timer, you can, if you want, just chill for a while. Spend the day fishing or farming if you want once you learn how to do that. And then when you want action, go headlong into an infested area to look for secrets and crafting materials. Playing how you want, and at your own pace, is pretty cool. 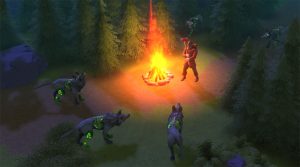 Dysmantle is a pretty chill survival game, It’s got a good atmosphere, sufficient challenges, plenty of exploration opportunities and all the crafting that you can handle. If you are looking for a more relaxed zombie survival game, then block off quite a few hours to find out what Dysmantle’s unique world offers.