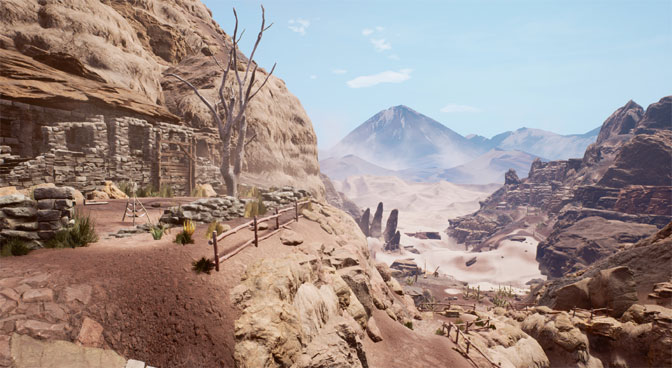 Survival games are extremely popular these days, especially ones that add new or unique twists to the overall genre. One of the best to come out in recent years is The Long Dark, which puts players in the role of someone who has crashed in a snowy wilderness where the frigid cold and interment blizzards are just as much a threat as the hostile wildlife. Unfortunately, The Long Dark’s development team has been hit pretty hard by the COVID-19 pandemic, which has severely delayed the release of new story content. Their latest episode, Crossroads Elegy, came out back in 2019. 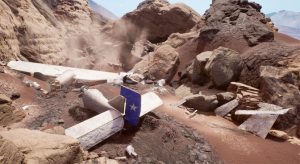 The reason I am bringing up The Long Dark is because the new survival game Arid, just released on Steam, is very similar to it in a lot of ways, despite being set in a completely opposite environment. In Arid, you also crash land your airplane, but end up in a scorching desert where hiding from the sun and trying to keep hydrated are the keys to not ending up as a dried up husk on some nameless spit of sand.

The story behind the making of Arid is actually a pretty interesting one. Students at the Breda University of Applied Sciences, which is a Dutch vocational university in Breda, Netherlands, set out to make a survival game that centered on exploration and crafting. The initial tech demos went really well, so the game was really polished and eventually released to Steam. It’s free to play, so there is no reason not to give it a try.

Arid is a single player survival game set in the Atacama Desert, which is a 990 mile wide plateau near the Andes Mountains and the Pacific Ocean. It’s one of the driest places in the world, though the developers even exaggerated that a little bit to make the environment more challenging. It’s also set in the 1930s, which makes the prospect of rescue after your plane crash even more remote, which gives you the impetus to try and survive as long as you can, because you are going to be out there on your own for a long time. 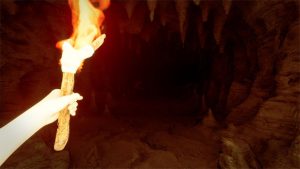 The game does a nice job of getting the player started in a kind of tutorial level where you learn how to use bandages, collect resources, use tools, find water and generally keep out of the unforgiving sun as much as possible. Little tricks like using clay as sunscreen to avoid getting burned are explained to players as they adventure. You also will learn how to keep your torch working so that you can delve deep into caves or explore at night when the ever-present sun is not around to punish you. Eventually, the tutorial part of the game gives way to an open-world survival title that gives you the freedom to go wherever you want as you use your skills to try and keep alive for as long as possible. 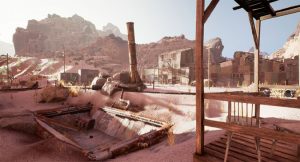 Like most survival games, Arid has several stats that you must constantly monitor. Hunger and thirst is standard like in most games, though thirst is going to be the one that drops most quickly out in the desert. There is also an energy meter that gets expended when you do things. You can replenish that one by sleeping and also give it a temporary boost by drinking things like coffee. 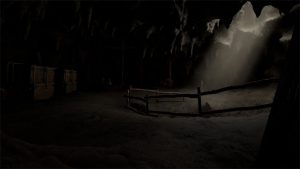 Many of the tasks that you perform in Arid are the same ones you would find in other survival games. You need to do things like set traps for animals so that you can gather meat, and then cook it so that it can be consumed safely. You also can do things like gather dirty water and filter it so that it can be safely consumed. Going beyond basic gathering, crafting is highly important in Arid. In fact, the game has a surprisingly detailed crafting component that is even tiered so that you first make one level of tools and then use them to create more effective versions later on when you gather more resources. 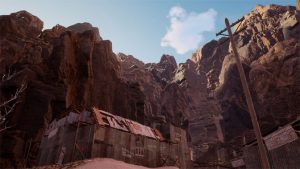 While the map for Arid is not nearly as large as some games, there is a lot to discover and do out in the desert. There are even abandoned towns and ruins to find, which are all very fun to explore, in addition to being bristling with resources. You will need to make note of any shelter that you can find, not just to get out of the sun for a while but also to escape sandstorms, which can be deadly and pop up from time to time while you are exploring. 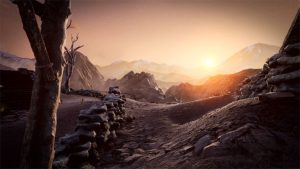 Another key idea in Arid is the discovery and use of refuges, which are these nice little shaded or otherwise covered shelters containing things like campfire pits, sleeping beds, storage for collected resources and a crafting table. Many are in various states of disrepair, but can be brought back up to full capacity with just a little work. Using them as a base of operations, especially if you can utilize them to collect renewable resources like food and water, makes exploring the world a lot less stressful. Simply build up your supplies at a refuge and then pack up what you need for the next long voyage out into the scorching sunlight. 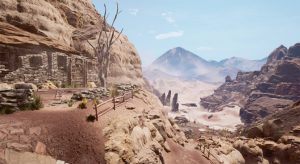 I had a really nice time playing Arid. To be able to play such a quality game for free is real treat, and the students who made it clearly have a lot of talent. Apparently the school plans to continue adding on to Arid, making new levels and challenges over time, though even the base game in its current state is already really fun to play. So if you enjoy survival and crafting games and want to test out those skills in a very hot new world, Arid has got you covered.

Arid earns 4.5 GiN Gems for bringing a lot of (scorching) sunlight to the survival game genre, and for providing it to us free of charge.