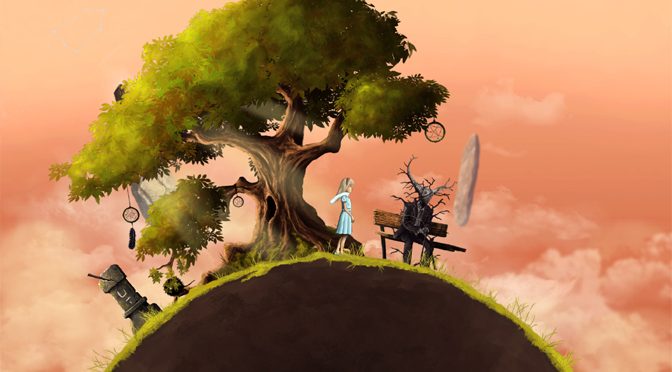 Hey all I’m back with a game that is a take on the classic point and click adventure games of the 80’s and 90’s. It’s Lucid Dream!

Plot: The plot is not that amazing, and plays out like Alice in Wonderland portrayed by a severely depressed girl instead of just one with a highly active imagination. The game follows Lucy, a young girl who is bound in a wheelchair. She does not go outside and lives a pretty depressing life. To make matters worse, her mother is wracked with mental illness and is mostly non-responsive when you try to interact with her. So that is the cheery world of Lucid Dream, one which Lucy escapes using dreams. 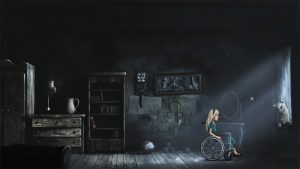 Gameplay: The gameplay is nonexistent, as this is purely a point and click game. It’s not all that engaging and it’s definitely going to bore anyone older than 8 or 9 years old very quickly. Even then it’s not going to be a game that will catch such a child’s attention for long, and honestly while this might be a game that they play in an afternoon at the most, it’s not going to be one they’ll enjoy as much as other more exciting games. 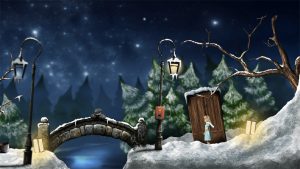 Art: The art is okay, the only reason I’m not giving the game an even lower score is the fact that the art fits the storybook style fairly well, but it’s neither enticing, nor all that impressive of a feat other than being a bit smoother in some animations than it’s less recent counterparts from the 80’s and 90’s. So while it’s a fitting art style, it’s not something worthy of too much praise. 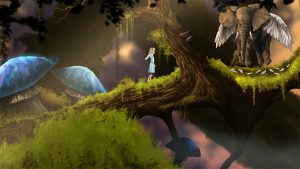 Music: Here’s where the game broke down for me, and it was very early in the game. The music is incredibly dreary and overly dark in the beginning, and while there are better parts over the course of the game, those first ten to 15 minutes really were a poor first impression. 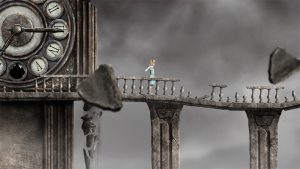 Overall: If you have a little one who can endure less exciting games, or even enjoys them, Lucid Dream is going to be an okay purchase. For everyone else, you’d be better off steering clear of the game, as while it’s a nice entry in the point and click adventure genre, it’s not really something that will stand out for most people. 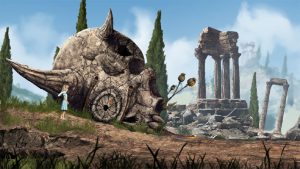