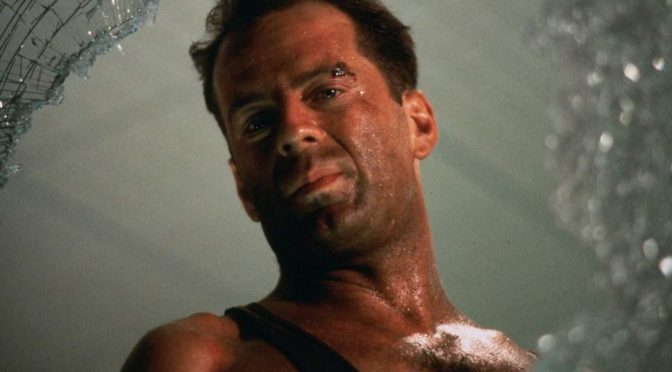 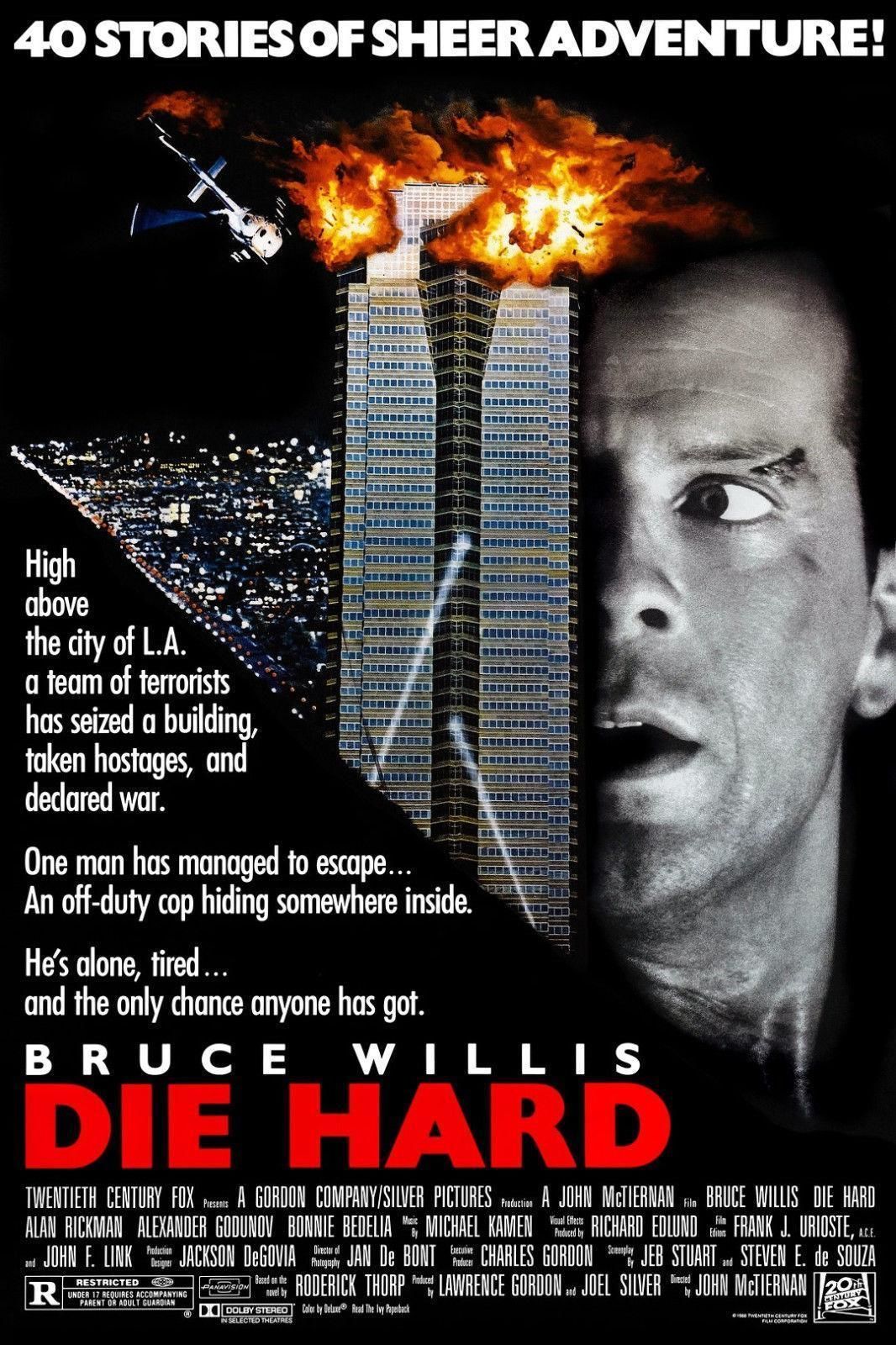 Hey all I’m back with a classic movie for this week’s Movie Monday. It’s Die Hard!

Plot: The plot is pretty great, and while not a rousing epic it does serve as a good benchmark for summer blockbusters. That being said this isn’t a film meant for children so do keep that in mind.

Casting: Bruce Willis portrays our lead character John McClane and this was his breakout movie that really propelled him into stardom. The rest of the cast is also great, with Bonnie Bedelia portraying the female lead.

Cinematography: This was filmed in 20th century Fox’s headquarters which were actually under construction at the time. The rest of the special effects were pretty awesome, and while not super amazing by today’s standards were pretty great at the time for a contemporary film that was neither fantasy or sci-fi.

Music: The music was incredibly fitting.

Overall: Die Hard is a must see film, but do keep in mind that this isn’t meant for kids.