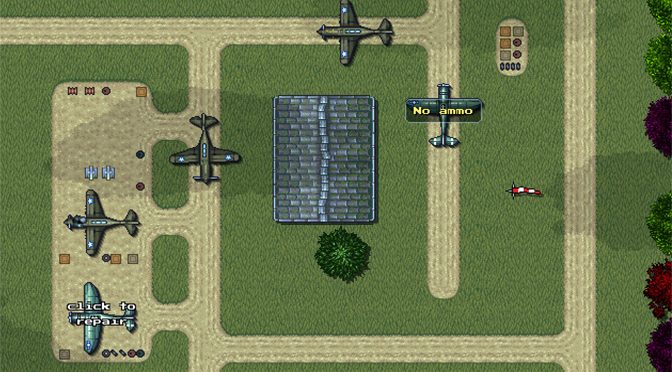 Until The Last Plane

I love World War II games, even though most of them focus on either infantry ground combat with shooter interfaces, or more recently, the war on the sea. Grand strategic titles where you command an entire nation through the war also remain popular. Of course, there is nothing wrong with the current situation, but it tends to leave out air operations as a focus. In fact, other than flight simulations, it seems that the air forces are generally a second tier consideration in the gaming arena.

So I was really happy to find Until The Last Plane on Steam. I actually found the game while it was still being developed by CarloC, which I believe is mostly a one-man team. I followed the game’s development and was happy that it finally got its full release in March. Of course this is the very definition of an indie title, so things are still being updated, but I was able to get through all three campaigns that the game offers without any crashes or gameplay-breaking bugs, and had a very good time doing it. 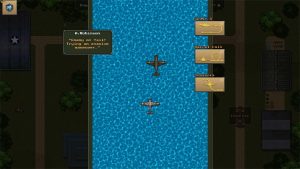 At its core, Until The Last Plane is an airfield management program not unlike some of the levels in the classic Battlestations Midway game from 2007. You will be sending out airplanes on missions and then helping to get them refueled, rearmed and repaired as quickly as possible without jamming up your airfield operations. On the backend, you will be ordering spare parts, fuel, ammunition and directing your workshops to produce items like extra aircraft radiators and propellers to replace anticipated losses. 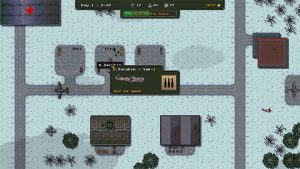 Everything you do in the airfield management part of the game has a time-based cost associated with it, and most tasks also have a material cost as well. For example, it takes time to have your workshop construct a new engine for a shot-up P-41 or Yak fighter, so if you don’t plan ahead, you might end up with an airplane being grounded for a long time, or maybe even exploding on the tarmac. But building that extra engine also costs resources, and having a bunch of them stockpiled is an expensive luxury, so you have to decide where you want to invest your limited budget.

Outside of the core airfield management part of the game are a series of mini-games focused on combat. And it is here where most people will decide that they love or hate Until The Last Plane. 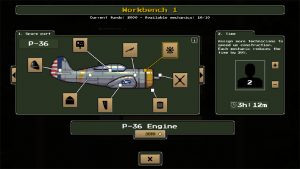 The two main mini-games are bombing and dogfighting, though there are a few others that come up in special cases. Bombing is pretty self-explanatory. You simply line up two moving bomb cursors and try to click to put the cross directly over the building, ship or vehicle that you are bombing. You can slow the speed of the moving bomb lines by choosing from three different altitudes for your run, with lower elevations runs being easier with slower crosshair movement. However, at lower altitudes you have an increased chance of being intercepted by an enemy fighter, which will damage your plane. 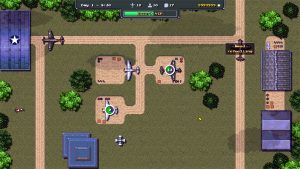 Dogfighting is turn-based, with both attackers and defenders using set moves (almost like cards) to maneuver their airplane. More maneuverable planes and experienced pilots (each pilot can get promoted if they perform well in missions) get to make extra moves, which is basically like playing more cards. Once all the allotted turns are taken, a red cone appears in front of the attacking plane and scores a hit if the defender is within that cone. Sometimes special units like bombers will also get tail gun shots.

I was not a huge fan of the dogfighting interface. I understand why it’s programmed the way it is, which kind of makes each airplane have special quirks. But really, the side with more combat moves (the number of cards you get to play) is almost always going to win regardless. 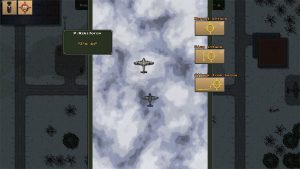 I was happy to find that Until The Last Plane has three playable nations represented, the USA, Germany and Russia. Each has their own campaign to play, and each has their own aircraft. All three manage their airfields a little bit differently too, with the USA using money as its secondary resource (after time) while Russia uses political prestige and Germany centers on command points. How you earn each resource is a little bit different too, with Germany and Russia offing a little bit more streamlined management of supplies that automatically trickle in as you play and complete missions. With the USA, you have to spend your money and order supplies like bullets and fuel. There is almost always more than enough cash to go around, but you have to remember to fill out the request and then wait for a couple minutes for your items to be delivered. 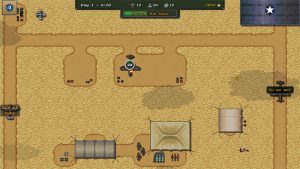 Graphically, Until The Last Plane is pretty sparse. It could easily run on a tablet or an older system. It’s pixel art, but you can tell what everything is, and the attention to detail on the aircraft is especially well done. The sound is a little bit of mixed bag. There is actually voice work, though it’s a series of clips that you will hear time and time again. 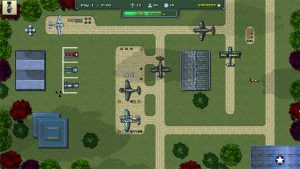 Some people might rightfully say that Until The Last Plane is repetitive in terms of its gameplay, and they would be correct. But I found it to be pretty fun and exciting for the most part. Campaign scenarios take place over several days, and it was easy to get into them, invest in leveling up my pilots, keeping my airfield running efficiently, and getting good at the various mini-games that popped up. For me, each campaign scenario ended just before the point where I would have gotten a little bored, and provided just enough variety to keep things interesting.

If you are into World War II games, especially those surrounding aircraft, then Until The Last Plane will provide an easily accessible gaming experience. It’s simple to learn and play, and can provide a fun experience whether you have a few hours or just a few minutes to refight the air war in the skies over World War II.