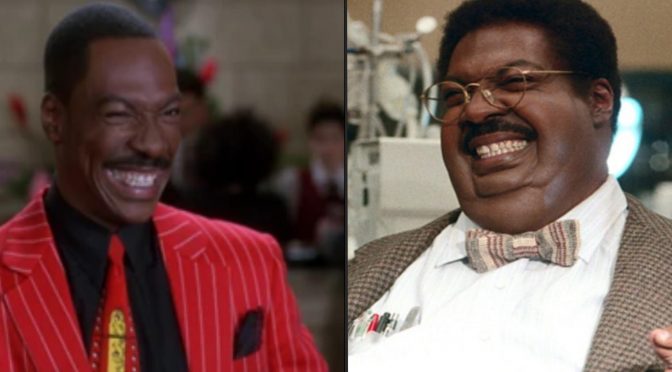 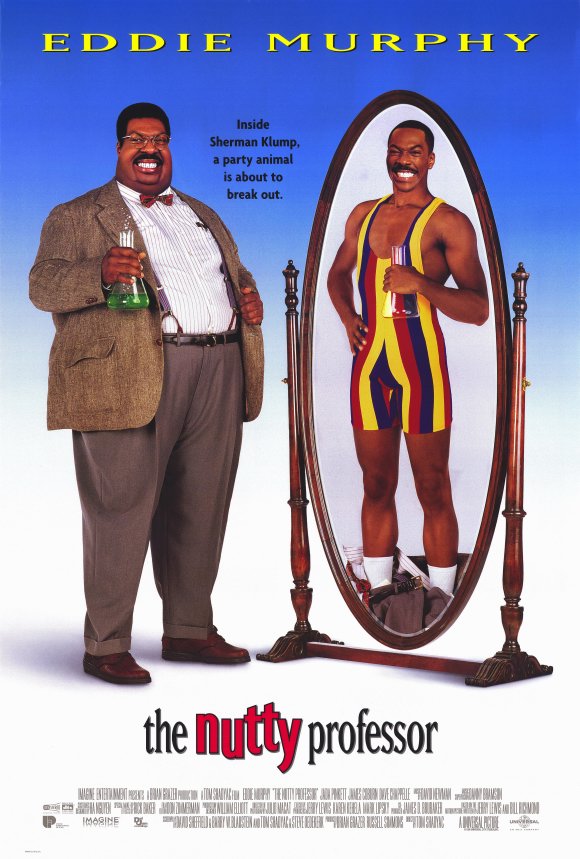 This week for Movie Monday I’m back with another Comedy movie. It’s The Nutty Professor!

Plot: The plot is actually a more light hearted parody of Jekyll and Hyde, which I didn’t realize when I first watched this as a kid, but is now incredibly obvious. Still this is a dark comedy so this isn’t all laughs all the time.

Casting: Eddie Murphy plays Sherman Klump the lead character, as well as his alter-ego Buddy Love. However he also plays five other characters as well, the rest of the Klumps and Lance Perkins. The rest of the cast is great, with Dave Chappelle and Jada Pinkett also starring in this.

Cinematography: Well having Murphy appear multiple times as different people in a single scene is incredibly well done, it’s a technique that’s been done before I think with other films like The Parent Trap. The rest of the film didn’t really have much in terms of special effects, but nothing else stands out for me.

Music: It fit the film, and wasn’t otherwise memorable for me.

Overall: A fun film, though it’s darker comedy is a bit too much at times.

For those who like: Dark Comedy, Eddie Murphy, Parodies.