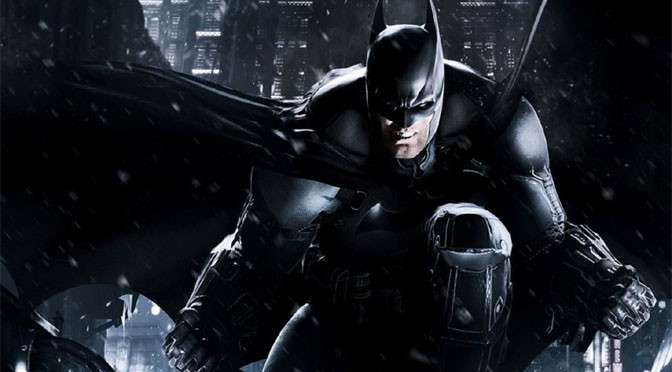 (Note: Due to WB Games’ suspension of the game on Steam, this review will center on the console versions. When the PC version is released, we will provide an update to the review to cover it.)

When I played the first game of the Batman Arkham series I was immediately hooked. Whether it was the quality of the gameplay, the gorgeous visuals, or how it felt like a modern remake of the classic Animated Series, it won me over instantly. It even went as far as being my pick for Game of the Year.

And yes, that “glitch” sequence still haunts me, bringing back memories of when my 360 got the RRoD during a play of BioShock.

Its sequel, Arkham City, improved on almost everything that I loved about Asylum. We now had an open world to explore, new bosses that were quite fun to fight with (and yes, Ra’s Al-Ghul is pronounced the way it’s meant to be pronounced: RAISH instead of RAWS,) some of which adapted to your strategies (props to Mr. Freeze for doing that,) addition of New Game Plus, and an expansion to the main storyline. But with all the positives, came a negative that has bugged me ever since: gimping a huge part of the storyline behind an online pass.

I originally rented Arkham City and in doing so I did not get the online pass, and that was the only way to play the complete game with the Catwoman missions. Though in the end I found the game played much better without them, as Catwoman’s stages tended to slow the game down quite a bit, it was still a jerk move on WB’s part to lock them out until I finally bought the game.

Then came Origins, a game I absolutely HATED. With WB Montreal in charge of the development they took everything I liked about Arkham City and chopped it to pieces, while adding some elements that didn’t work in full execution such as the Detective Mode, and frustrating boss battles (Deathstroke alone made me want to throw my controller to a wall.) But the biggest crime of the series was removing Kevin Conroy, replacing him with the same voice actor that played Sonic the Hedgehog! Keifer Sutherland voicing Snake says that is a huge step in the wrong direction. I found that to be unforgiveable.

Thankfully, Rocksteady is back under the helm for Batman: Arkham Knight, the latest game in the series. It is a step in the right direction, but sadly it’s not enough to return the series to the glory that was demonstrated in Arkham City, Catwoman missions notwithstanding.

[amazon asin=B00IQCRKW0&text=Start your journey as Batman today at Amazon!]

Knight begins with Gotham City being evacuated, in response to a threat from the Scarecrow to release a new fear toxin. However, when Batman arrives to where the source of the toxin is, he is confronted by a military commander going by the name of the “Arkham Knight,” a man who claims knows everything about Batman and how he plans to use it to get even with him. Batman locates the fear toxin bomb, but is eventually exposed to the toxin and starts to see visions of the now dead Joker speaking directly to him.

In addition, Scarecrow kidnaps Batman’s information specialist, Oracle. Her father, Commissioner Gordon, thinking that Oracle was away from the city safe, goes in a rage after finding out the truth (much to vision Joker’s delight) and tries to bring Scarecrow down himself.

So now Batman has to deal with taking down Scarecrow, while searching for the missing Oracle, and being hunted by the Arkham Knight, all while having an inner Joker harassing him to no end.

That sounds like too much for anyone, but this is typical Batman lore. But in addition, other side missions come into play such as Catwoman being captured by the Riddler, and restrained by an exploding collar Battle Royale-style unless her and Batman can solve all his riddles, searching for missing members of the FDGC, investigating mysteries bodies tied up all over the city, reports of a mysterious bat creature, and testing out Azrael who aims to be Batman’s successor.

As in previous Arkham games, the combat and gadgets are truly one of its highlights. Using them to trick unsuspecting enemies is as fun as ever, but now the combat is even more enjoyable. One of the stealth elements I learned to enjoy is a Fear Takedown, which chains several stealth takedowns in a row in rapid succession. In combat, there are times when Batman is partnered up, be it with Catwoman or Robin, where a Dual Play attack can be made. When doing so the secondary character executes a finishing move, and then you are in control of him/her until another Dual Play attack is performed, returning control to Batman.

However there are some combatants who are a pain to deal with. My biggest issue is what I call the “chargers.” They run at you at a very fast speed and while a quick batarang attack will stop them, if not they will run into you and push you for several seconds to the point it becomes maddening. Eventually you will learn to deal with them but it is still a tough fight.

Then there is the other new element in the game, and one that initially started off great but became the game’s Achilles ’ heel: the Batmobile. That damn Batmobile. To start off, I want to know what Rocksteady was thinking with the control scheme. Acceleration is what you’d expect it to be, pressing down the right trigger. But if you want to brake or reverse, you’d expect to use the left trigger, right?

Left trigger activates Battle Mode, and will deactivate when you release it. There were many times I was in pursuit of someone only to have it messed up because the controls were switched. I will get to Battle Mode in a second, but how do you brake or reverse? You press the X/Square button, which defies all logic. Thankfully there is a way to switch it in the options screen, but you cannot access it until you make your first visit to the GCPD, another idea that defies logic.

But even with that problem resolved, the game centers too much on Batmobile content, even being used in some of the Riddler Challenges. One of which requires such tight movements in Battle Mode that you’ll end up screaming in frustration once the Batmobile slides off the ledge and you have to start all over for the tenth time.

Then there is another thorn in my side for Arkham Knight, the way the game nickel and dimes you with DLC. Not only do you have to get the game and the Season Pass to get a majority of the content, but once again, you have store exclusive DLC, and yes once again, Xbox One and (eventually) PC owners are gimped because WB gives Sony the preferential treatment. I really wish companies would put an end to this console exclusive crap because they are getting more while the rest of the market is left out.

But back on the good side, Rocksteady fixed one of the biggest mistakes that was performed by WB Montreal, and that’s bringing back Kevin Conroy as Batman. He was sorely missed and having him back gave the game back its Animated Series feel. But for a much bigger surprise, we find the return of Mark Hamill as the Joker. This I never saw coming, especially when he claimed that when the Joker died at the end of Arkham City that would be the end of his iconic role. Thankfully that’s not the case, and yes, he’s still got it.

I’m still going through a lot with Arkham Knight, and even with the issues of the Batmobile, I am enjoying the final product. And with the Batgirl DLC now available I will be making a return to the game soon. Arkham Knight is not at the praiseworthy pinnacle that Arkham City was, but it sure is a vast improvement over Arkham Origins, and earns a 4 Gem rating.

Pros: The series returns to some glory after the disappointing Arkham Origins. Both Kevin Conroy and Mark Hamill return for their iconic roles. Tons of side missions and unlockables. Dual Play and Fear Takedowns are awesome.

Cons: The Batmobile! Some of the side missions tend to drone on. Overdose of DLC takes a heavy burden on your wallet, and some versions end up gimped due to PlayStation 4 exclusive content. Followers of comic book lore, especially Batman, will easily figure out who the Arkham Knight is before his reveal.